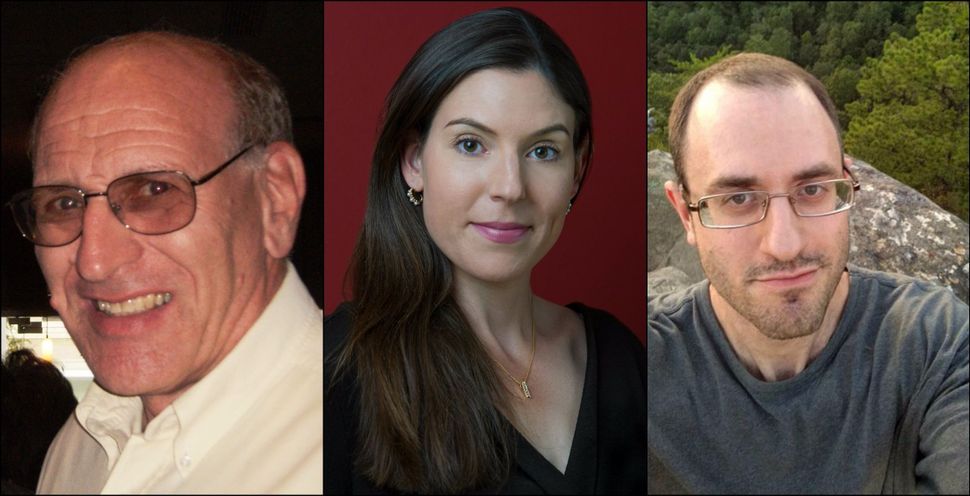 By Joshua Seidel and Lena Epstein and Eugene Greenstein November 7, 2016

Here are their responses, in their own words:

Joshua Seidel: Trump’s Personality Is Not the Point 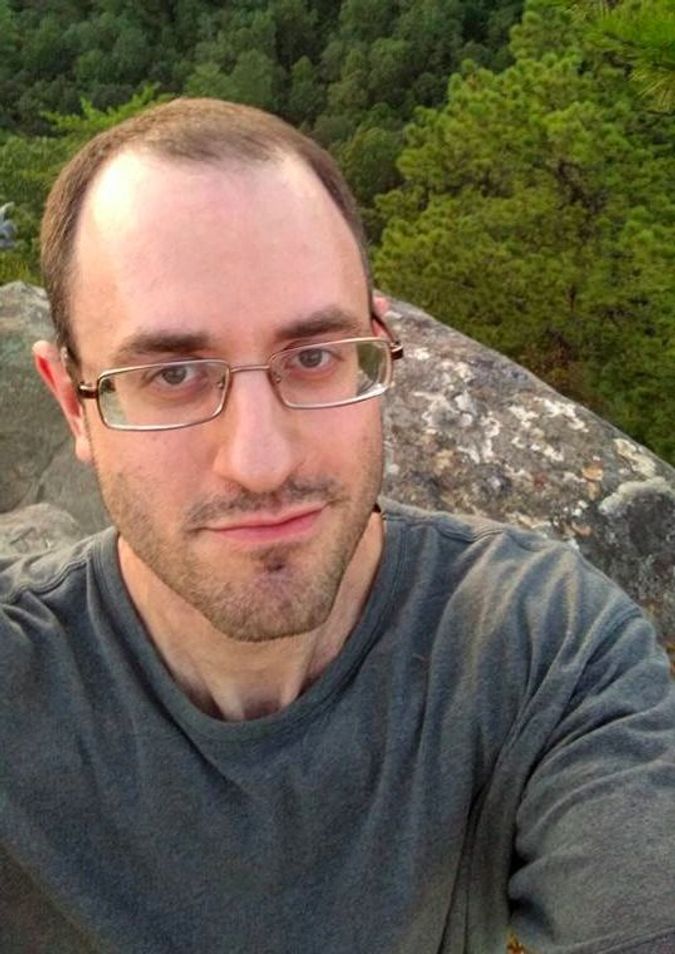 Joshua Seidel works as a recruiter in Cincinnati, Ohio, finding suitable employees for clients throughout the area. He is an avid outdoorsman who loves politics. Follow him on Twitter, @jewrightwing Image by Courtesy

Yes, I’m still supporting Donald Trump. Of course I am! Nothing’s changed. Sure, I’ve gotten plenty of angry Facebook messages and ultimatums. “No more sex/friendship/fantasy football/trivia nights for you!” I just smile and nod. Sure thing, folks.

The “new revelations” concerning Trump’s personal behavior aren’t “new” in any real sense. We all knew he behaved this way. Women ask me, “Is that REALLY how men talk?” It is, to a point, and it isn’t. Trump’s suggestion that he “grabs” women, perhaps without consent, takes his locker room talk to a cringe-worthy next level. It also changes nothing. This election will have an impact on the fate of over 300 million Americans. If one truly feels Trump is better for those 300 million, what personal revelations can change the moral calculus?

Trump is racist and anti-Semitic, you say? Absolute nonsense. Pathetic, stupid, damaging nonsense. I’ve spent more time than virtually any Jewish person alive engaging with genuine anti-Semites. They don’t like Jews, and they can’t hide it. Trump has spent his life around Jewish people. Every day he has intimate and meaningful interactions with Jews. The same is likely true with Hispanics, blacks, any group you care to name. Trump, the media-hungry socialite, has for decades led a far more diverse life than anyone reading this essay.

Trump gives hope to the half of our country that feels alienated, hated by the elite and under attack. Every single day, our worldview is confirmed. Check out Lena Dunham’s latest “eliminate white people” video, then reflect on the fact that she’s a Clinton surrogate. The media has asked Trump to repudiate David Duke; will Clinton repudiate Dunham?

Trump’s personal behavior will never be as grave as the issues facing our country, so for those of us on his side, he’s still the best choice. Get used to it. 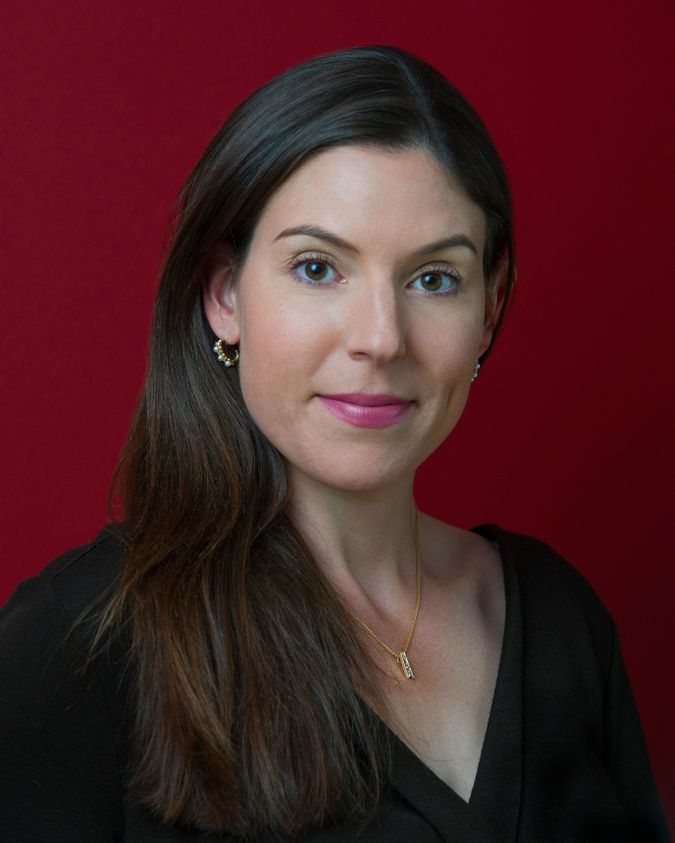 On Tuesday, I will be voting for Donald Trump. My vote will be cast with laser focus, not on entertainment-media distractions, but on the issues most deeply affecting America and the Jewish people.

My focus on election day will be on the candidate who offers the most reliable promise on issues for the future. What matters to me when choosing between Trump and Hillary Clinton is where they stand on concerns that matter now and going forward. Period.

On Tuesday, we should not focus on an ill-advised remark from Trump’s past, but on where he will drive our economy, create more opportunity for America, and provide security for the Jewish people and Israel.

Trump’s vision for America involves helping our economy — not just leveling itself out of this recession, but growing a sustainable economy for generations to come. He proposes a 15% corporate tax rate, dramatically boosting U.S. competitiveness and making America a much more attractive place to do business.

Trump proposes to block agencies from imposing more red tape on the economy. He will get rid of existing regulations that enable cronyism and weaken the once-vibrant American entrepreneurial spirit, and allow for freer trade between nations, including between the United States and Israel.

It’s no wonder that recent polling shows Trump’s favor growing amongst the Jewish community, both in America and in Israel, based on his love and support for the Jewish community and his commitment to fight the Islamic State group and Israel’s enemies in the Middle East.

On Tuesday, I ask that you vote on where you want to take America’s future — which candidate’s vision for America offers the best opportunity for our economy and the future of the Jewish people. If we vote based on past soundbites, then we get more of the same: the past. It’s time to take America to the future. Trump is the candidate who will get us there. 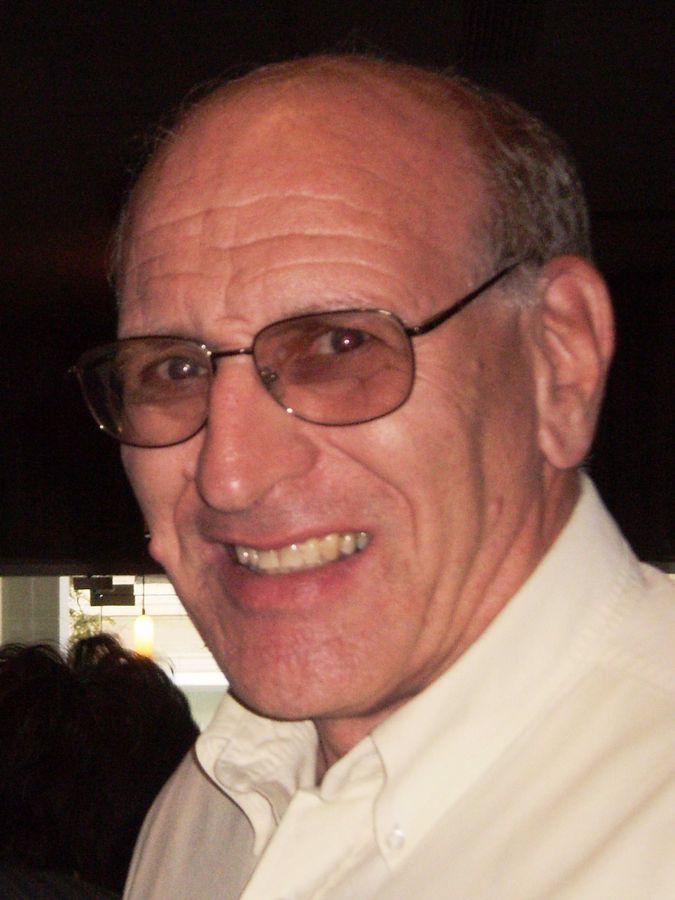 Eugene Greenstein is a retired automotive industry executive, and a community and pro-Israel activist, living in Farmington Hills, MI. Image by Courtesy

I’m voting for Donald Trump because he puts America first and is a strong supporter of Israel. Trump recognizes: 1) creating jobs is critical for hard-hit urban and rural areas; 2) our trade deals harm our manufacturing; 3) exchange rate games have made our country uncompetitive; 4) the need to control our borders; 5) Islamic terrorism is a real threat that needs to be named and confronted; 6) there is no effective way to vet refugees; 7) Obamacare is an economic disaster; 8) the Iran nuclear deal is creating chaos in the Middle East; 9) our military must be upgraded; 10) our $20 trillion debt is unsustainable; 11) Israel is a staunch ally, and 12) America’s standing in the world must be restored.

Trump, the 1983 recipient of the Jewish National Fund’s most coveted Tree of Life Award (prominently displayed in his office), sued the City of Palm Beach because of its anti-Jewish and anti-black restrictions in 1997 — and won. His campaign is run by a woman. Trump has long promoted women to the highest reaches in his organization with equal pay. Trump loves America and genuinely wants every citizen, regardless of race, ethnicity or sex, to flourish.

By contrast, Hillary Clinton, supposed champion of women and minorities, headlined her recent rally with rapper Jay Z and Beyoncé, who entertained with songs loaded with the F-word and N-word, degrading women and insulting black people. She says she supports Israel, yet it turns out one of her biggest donors, George Soros, contributed over $10 million to anti-Israel groups. The recent revelations about the Clinton Foundation and the emails show that her ambition is power and personal enrichment even at the expense of America and truth.