To Continue His Father’s Legacy, Shimon Peres’s Son Hints at Run for Office 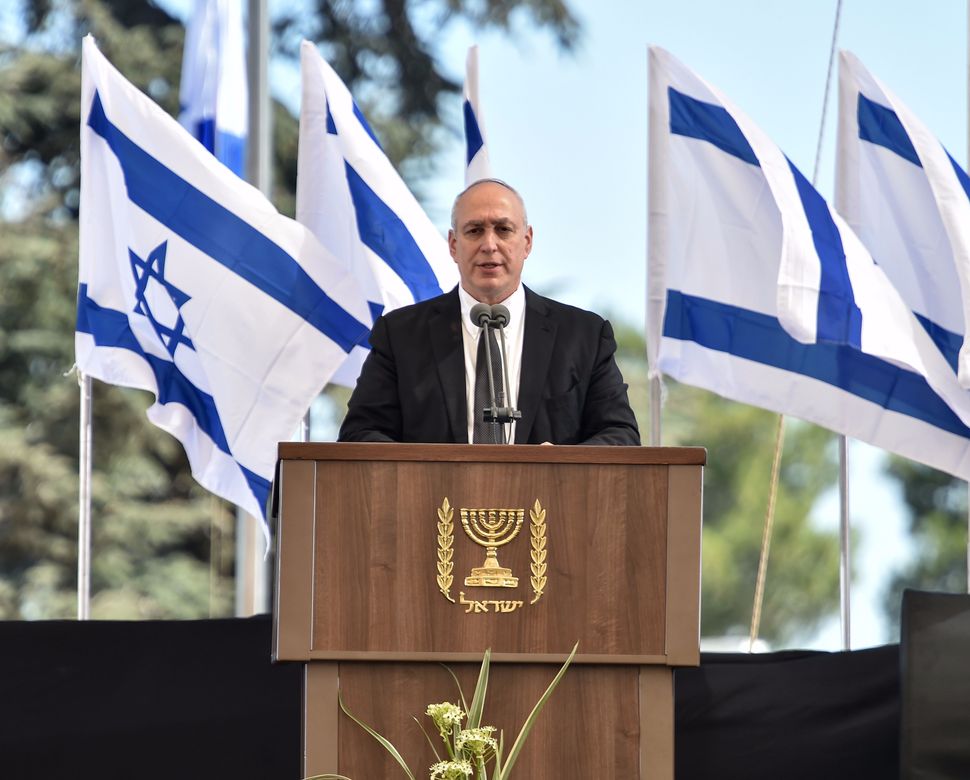 Chemi Peres, the youngest son of the late Israeli president Shimon Peres, compared his father’s legacy to that of physicist Albert Einstein who became more of a legend after death.

“I believe that there are many similarities between the two legacies,” said Peres, the cofounder of Pitango Venture Capital, in an interview with the Forward. “I think my father, like Einstein treated time in a different way than others. Both of them were able to experiment in a physical way. My belief is that his legacy taught many people to look at the future in a different way than we used to.”

Shimon Peres, the ninth president of Israel, died in September after suffering a stroke. The final leader from Israel’s founding generation to pass away, he is best remembered for his efforts to negotiate peace between Israelis and Palestinians and for his development of Israel’s nuclear capacities.

Peres also hinted that he would be interested in a political career himself, joking that he is a “carrier of the disease.” He would not say what party he would be aligned with.

Shimon Peres had been critical of U.S. President-elect Donald Trump, saying in one of his final interviews before Trump’s election that the candidate’s pro-isolationist stance was “unbelievable” and “ignorant.”

When asked what his father would think of Trump’s ascension to the White House, Peres demurred, saying only that he was sure that Trump would “sustain the unbreakable connection between Israel and the United States.” Beyond that he said, “It is really hard to predict his presidency.”

To Continue His Father’s Legacy, Shimon Peres’s Son Hints at Run for Office