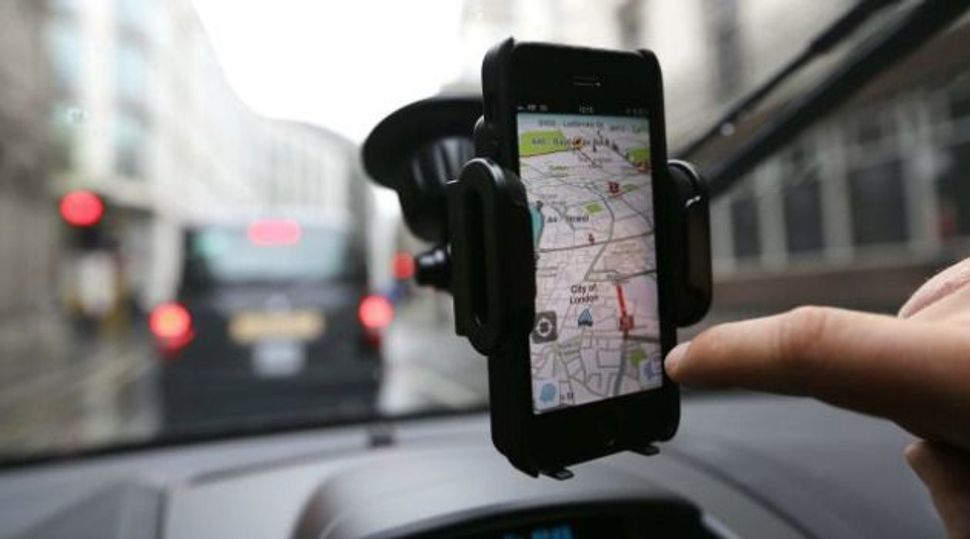 Israelis from a Tel Aviv suburb are suing Waze, the traffic and navigation app, to stop it from turning a quiet neighborhood street into a congested thoroughfare.

According to the Israeli business site Globes, a group called the Herzilya for its Residents Association has filed suit against the company in order to bar it from directing cars into the neighborhood as a detour when the main coastal highway is backed up by traffic.

“In one day, Waze’s policy turned a quiet peaceful neighborhood into a major traffic artery,” wrote the group’s lawyer, Shmuel Saadya, in the lawsuit, said Globes.

A Waze representative did not respond to a request for comment by deadline.

Waze, which was created in Israel and is used all over the globe, has come under scrutiny in the United States for similar reasons. According to a Washington Post report, people from Maryland to California are complaining of how Waze suggests little-known shortcuts to its users, turning calm neighborhoods into major traffic detours.

Some people have even sought to sabotage Waze by reporting false accidents in their neighborhoods to warn drivers against taking the local detours, often to no avail since other users don’t report the accidents to the crowd-sourcing app.

In the Holy Land, Waze has been criticized for allowing users to circumvent Palestinian towns by turning on a function to “avoid dangerous areas,” according to a report in Vice. There is no equivalent function for Palestinians seeking to avoid Israeli settlements.

Even with this function, violent flareups have occasionally occurred when Waze users were led into unfamiliar areas. In March, for instance two Israeli soldiers were attacked after mistakenly entering a Jerusalem-area refugee camp. The Israeli army rescued them, but killed one Palestinian and wounded 10 others in the ensuing gun battle.