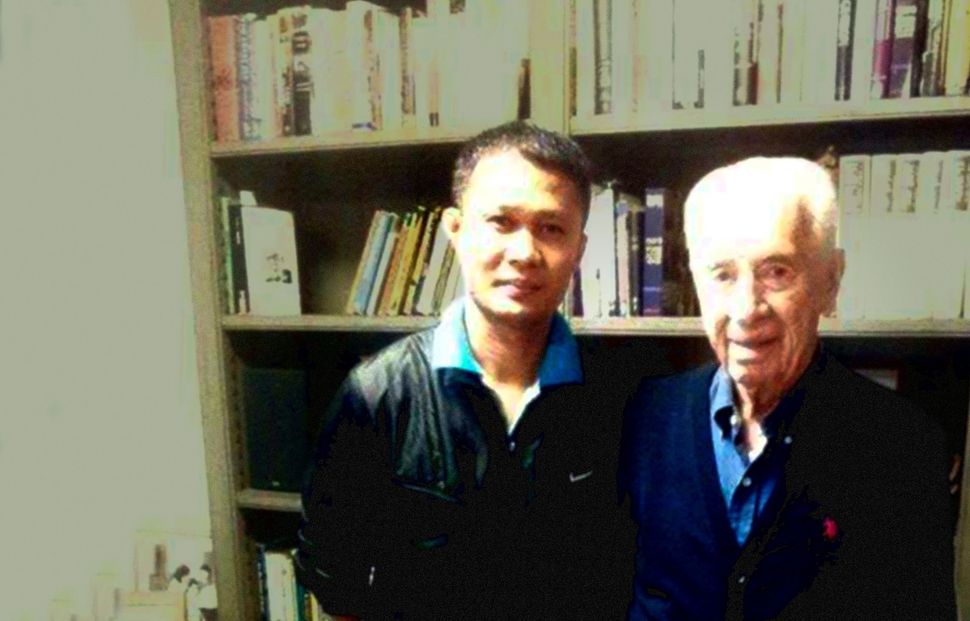 He shined Shimon Peres’s shoes, cooked him breakfast and even helped him shower.

As Peres’s live-in caregiver, Ferdinand Capacia knew the 9th Israeli president and Nobel Prize laureate in a way almost no one else did. When Peres died a year ago at age 93, the most tender tribute to the Israeli founding father came not from the heads of state who spoke at his funeral but from the now-34-year-old Filipino man who was with him every day.

“[D]ay and night we were together,” Capacia wrote in a Facebook post that was shared more than 1,300 times. “[I] will miss your big voice, your smile[,] the way you said LAYLA TOV [good night] FREDDY before you sleep at night…”

At the time, Capacia fended off interview requests from reporters out of respect for Peres’s grieving family. But a few weeks ago, as the first anniversary of Peres’s death on September 28 drew near, he decided that it was time to tell his story. Looking back on his 14 months with the former president, Capacia is filled with sadness over the loss and regret that he didn’t overcome his timidity to get to know the former president better. But he is also proud of a job well done — Peres never once fell on his watch, he said. On the anniversary of Peres’s death, Capacia, a Christian, plans on lighting a memorial candle in his honor.

“In Hebrew, we say, ‘Haval, ain li zman,” he told the Forward. It’s a pity that we have no more time together.

Now the caregiver for another elderly Israeli man, Capacia cannot leave his employer’s side and hasn’t had a day off in a month. Unable to meet in person, he relayed his tale in several phone interviews with the Forward after his employer retired to bed for the evening.

When Capacia began working for Peres, both had misgivings.

Peres was adamantly opposed to hiring a caregiver, seeing a live-in aid as an infringement on his independence. “I admit that at the beginning I was strongly opposed to the idea,” he told the Israeli news site Ynet in an interview last July, but said he eventually caved to family pressure. “I like my privacy but I understand that at age 93 these things happen.”

Capacia, for his part, had accepted an agency’s offer to work with a “very famous” client before he knew who it was. But when he learned that he would be taking care of the man he read about in his high school social studies class in the Philippines, he panicked. Intimidated by the prospect of working for the Israeli titan, he worried that a mistake on his part would reflect badly on all Filipino workers in Israel. It was Peres’s longtime assistant, Yona Bar-Tal, who talked him into staying, he said. (Bar-Tal and the Peres family could not be reached for comment.)

In July of 2015, Capacia moved into a spare room in Peres’s apartment with a bed, a television and a treadmill. He recalled the day he met his new boss. Capacia was all nerves until he saw Peres smile, a smile he mentioned time and again in the interview. “Shalom Freddy, ma nishma?” (What’s up?) said Peres. “Ha kol beseder,” (All is well.) Capacia replied. “Nice to meet you Mr. President.” He shook Peres’s hand with both of his.

“I thought I was dreaming,” he said. 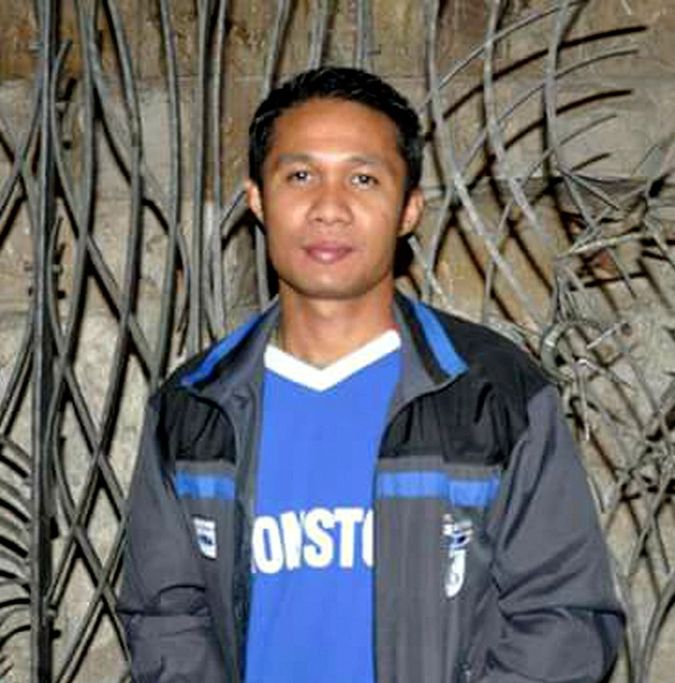 Capacia’s duties were clear: He would cook and clean for Peres, make sure he took his medicine, and act as a first responder in case of emergency. Given the importance of his charge, Capacia said he kept alert and slept lightly. One night after Peres had gone to sleep, Capacia awoke to a faint scratching in the next room. He walked in and saw Peres on the floor. Capacia thought Peres had fallen, but he was searching for a missing cufflink.

Peres had austere habits, and Capacia quickly learned to keep up. Peres woke between 3:00 and 4:00 AM, took a shower, dressed, and then walked for 10 minutes on the treadmill in Capacia’s room. Then he would sit on the sofa with a newspaper and watch the morning news while Capacia prepared breakfast. Peres always started his meal with a shot glass full of lemon juice on an empty stomach, a tonic he apparently believed would keep him young. Breakfast was typically Israeli: salad, bread and cheese. By 8:00 or 9:00 a.m. he was off to the Peres Center for Peace and Innovation, the organization he founded, returning around 5:00 or 6:00 in the afternoon. Capacia made simple dinners, such as asparagus, broccoli or an omelet. Sometimes he treated Peres to a dish from back home, like Cantonese noodles. After dinner Peres watched the evening news and retired around 9:00 with a “Layla tov.” Capacia always checked on him before he went to bed.

Capacia said that Peres often invited him to sit with him, but that he almost always declined, eating his meals before Peres on purpose. Capacia said he was too shy to get close to the former president, crediting this feeling to the Filipino view that politicians are set apart from the people. After Peres died, Capacia deeply regretted that he didn’t get to know Peres better, thinking that he could have made more of the relationship.

Even so, Capacia tried to bridge the distance between them by joking around. One day when shining Peres’s shoes, he told him that he had been promoted. Why? Peres asked. When he was a kid he shined the shoes of his father, a policeman. But now he was shining the shoes of a president. Peres’s shoes were so slick, Capacia joked, that the ants would roll right off of them. Peres laughed.

After Peres received a pacemaker for his heart in September of last year, he grew more dependent on Capacia. Capacia helped him to shower, since he couldn’t raise his arm above his head. The last time Capacia saw Peres, he said that Peres tapped him on the shoulder and thanked him for his help. “At that time I wanted to hug him, but because I am shy I didn’t do that.” Soon after, Peres was hospitalized with a stroke. He died two weeks later.

Capacia cried, and then wrote his tribute on Facebook. In his interview with the Forward, he expressed his gratitude to the Peres family and to Bar-Tal. “I have no words to say but thank you,” he said. “Thank you for trusting a Filipino like me.”

In Capacia’s telling, it was a combination of luck and divine intervention that lead him to Peres’s side. Capacia grew up in Batangas, a seaside province south of Manila. The fifth of six children and the only male child in a devout Christian family, he was raised on tales of Jerusalem and yearned to one day visit the Holy Land.

Capacia’s childhood was interrupted when his father was jailed six years for the homicide of another policeman following a dispute, he said. His family scraped by with no income, but then his father was acquitted of the crime and reinstated in the police force.

With the family financially stable again, Capacia enrolled in a marine transportation program in Manila in order to work as a captain of a commercial ship. It was a dream he nurtured since childhood, when he would carve boats from plastic bottles of disinfectant. After university he worked on a local ship transporting coconuts and people to and from the islands. Yet it was difficult to advance as a commercial fisherman, and he began looking into other options.

In the late 1980s, as Israel cut off work permits to Palestinians amid security concerns in the First Intifada, it opened up pathways for foreign workers to fill their roles. Capacia said that several friends had found work in Israel as caregivers and he decided to pursue the same path, learning rudimentary Hebrew before he came in 2012.

Capacia said he earns 5,000 shekels per month as a caregiver (around $1,420), a portion of which he sends back to family in the Philippines. (That was the same sum he said he was paid by Peres, in addition to the occasional gift.) The money has allowed him to build a two-story home that he will live in when he returns — foreign caregivers are not allowed to stay in the country beyond a temporary work visa. For now, when he’s not sleeping at his employer’s home, he shares a Tel Aviv flat with six other Filipino men, all caregivers.

Capacia’s mother died of kidney disease in February, and he traveled to the Philippines for her funeral. It was his first time home since he came to Israel in 2012. He brought with him a treasured possession, a book by Peres about Israeli founding father David Ben Gurion, with Peres’s signature on the first page. Capacia gave it to his father.