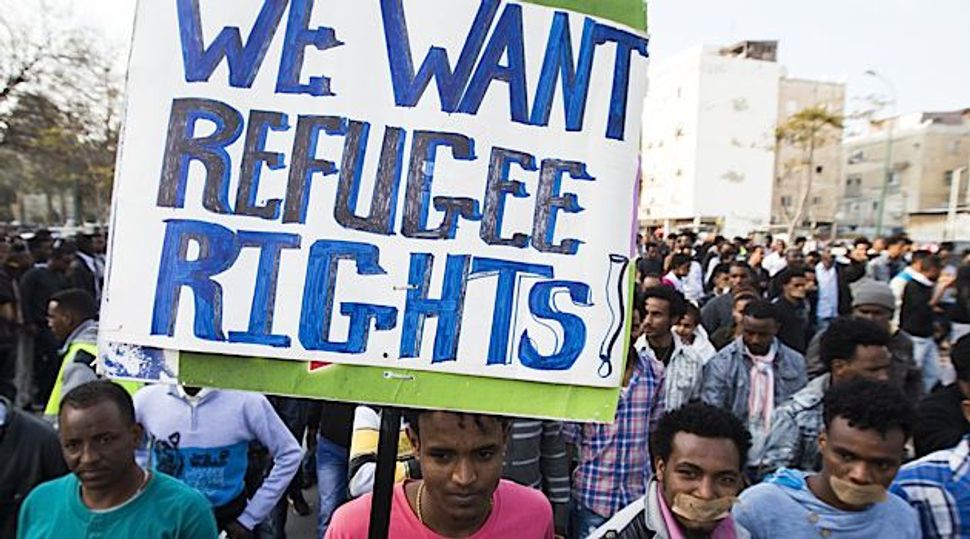 Do survivors of the Jewish genocide who had faced the struggle of seeking asylum themselves have a special standing on the issue? And can the plight of migrants fleeing war, hardship and torture in Eritrea and Sudan be compared with that of Eastern European Jews during the Holocaust? These are exactly the questions Israelis are struggling with.

For some Holocaust survivors living in Israel, there is no doubt about their duty to do all in their power to help the migrants facing deportation.

“I always asked myself what I would have done if, during the Holocaust, I was on the other side: Would I have been strong enough to do what the Righteous Among the Nations did?” Veronika Cohen, a survivor from Budapest now living in Israel, asked in an interview with Israel’s daily Yediot Aharonot. “I don’t know if I would have been able to risk the lives of my children, but here they aren’t asking us to risk our lives. I feel that to do this is my humanitarian duty.”

Like others speaking to the Israeli press, she vowed to take in African migrants, if that would be the only way of protecting them from deportation by Israeli authorities.

Another survivor, Hana Arnon, who lived in the Netherlands during the war, drew the parallel to Anne Frank, who was hidden by non-Jews in Amsterdam. “Who were the heroes in addition to Anne Frank?” she asked. “The people who tried to save her and her family. We need to learn from them.”

Some of the organizations representing Holocaust survivors are supporting this approach.

Colette Avital, chairwoman of the Center of Organizations of Holocaust Survivors in Israel, told Haaretz that “we, as Holocaust survivors, think it’s sad that we — precisely those who should have learned the lessons of our history — are behaving in this way toward a handful of people who are not endangering either Israel’s demography or its future.” Avital, a former diplomat and Labor Knesset member, called the Israeli government’s decision to deport migrants “simply a lack of compassion.”

But this outpour of support for the African asylum-seekers is not the only voice heard among Holocaust survivors and their representative organizations.

On Thursday, heads of Yad Vashem, Israel’s Holocaust museum and research institute, sought to distance themselves from the survivors’ protest against the deportation, and called out those making comparisons between the plight of African asylum-seekers in Israel and that of Jews in Europe during World War II.

“It is dangerous and wrong to claim that the reality of Jews during the Holocaust is identical to the current Israeli policy toward those seeking residency,” Yad Vashem chairman Avner Shalev and Rabbi Israel Meir Lau, chairman of the Yad Vashem’s council, said in a joint statement. Both did note, however, that the “Jewish people’s experience” highlights the need to “show compassion, empathy and mercy, as much as possible.”

Rabbi David Stav, a moderate Orthodox leader in Israel, sent a letter to Holocaust survivors who had spoken out against the deportation, calling any comparison between the African migrants and Jews in the Holocaust “particularly outrageous.” He added that it is “inconceivable to compare the murder of children, women and men in crematoria and in gas chambers and a political, moral and social issue.”

A report issued on Thursday by Israel’s Population and Immigration Authority found that there are currently 37,300 asylum-seekers in Israel. (The report refers to them as “infiltrators” — the term used by the Israeli government to describe all those who entered Israel illegally through its border with Egypt.) Of those, 26,500 came from Eritrea, 7,600 from Sudan and 2,600 from other African countries. Only 600 came from other parts of the world. In 2017 there were no cases of Africans crossing the border into Israel. The new Israeli policy will force these migrants to choose between being held in a detention center indefinitely and agreeing to be deported to Rwanda or Uganda.