Thursday Was A Victory For Israeli Democracy – But Also For Netanyahu 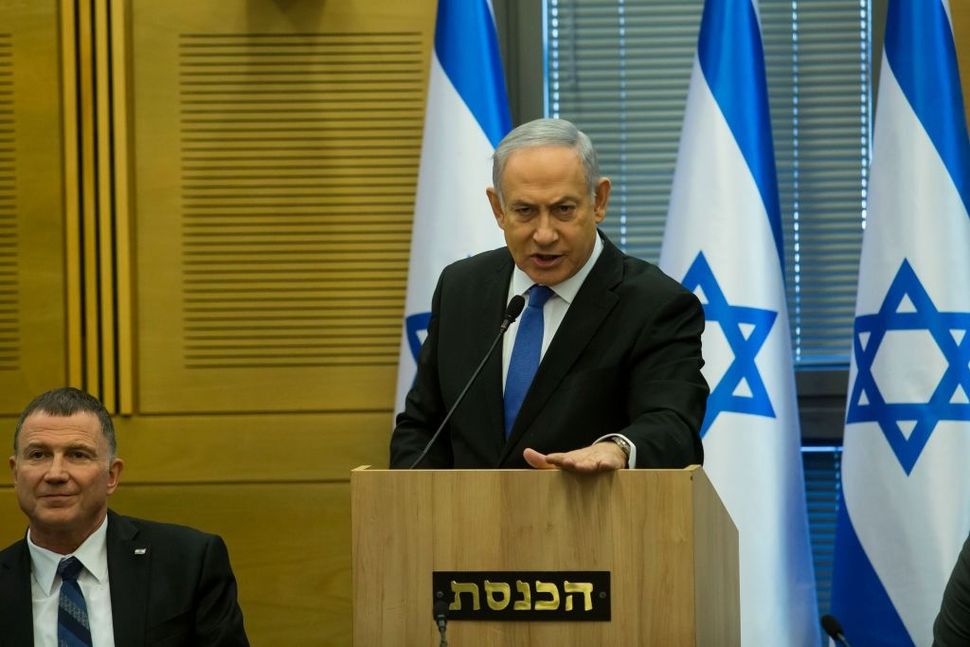 It is impossible to exaggerate the magnitude of Attorney General Avichai Mendelblit’s final decision Thursday to indict a serving prime minister with three charges of fraud and breach of trust, and one charge of bribery.

This is way beyond the personal fate of Benjamin Netanyahu. Mendelblit — the former general in the Israel Defense Forces, the man handpicked by Netanyahu to serve as his cabinet secretary for three years and then attorney general — was not supposed to have done this. He was supposed to have frittered away any allegations against his boss.

It is also vindication for the much reviled Roni Alsheich, the man plucked from obscurity by Netanyahu five years ago to serve as police commissioner. Alsheich, the settler-spy chief, was not brought over from the Shin Bet security service to focus on white-collar crime. Netanyahu was convinced that with Alsheich in charge, the fraud squad investigators would be muzzled — and certainly wouldn’t devote their resources into going after him.

But it was Alsheich and Mendelblit who painstakingly pulled together the 63-page indictment that potentially can put Netanyahu in prison for a long time.

This is a victory for Israel’s gatekeepers. They have proved that no matter what their politics — and neither Mendelblit nor Alsheich are liberals in most senses of the word — they are still capable of holding the most powerful man in the country to account. Israel has already sent one former prime minister to prison for corruption, but Netanyahu has concentrated much more power in his hands than Ehud Olmert, an unpopular and weak leader, ever enjoyed. And Olmert was charged long after he left office in disgrace. Charging Netanyahu while still in office is an incredibly brave act, one for which Alsheich has already paid with his career. And others may as well.

This is also vindication for the parts of the Israeli media that uncovered some of the evidence leading to the investigations, and spurred them on throughout. There is a particular irony here, since at the heart of the allegations against Netanyahu are his attempts to subvert the Israeli media through his dealings with the press barons Shaul Elovitch and Arnon Mozes (who have also been indicted for bribery).

Sadly, this is also a victory for Netanyahu. He fought all the way to ensure that if he had to face charges, he would do so while still serving as prime minister — and won.

It took two premature and wasted elections, and probably now a third one, but he’s held on. He will get preferential treatment when indicted, and he may still have many more months in which he can fight for immunity in the Knesset. It will be a long battle, which he will almost certainly lose, but it will delay his day in court. And in the intervening months, he will do everything to delegitimize the case against him and those presenting it.

So, both sides can regard themselves as victorious — but the real battle still awaits. Netanyahu has already mobilized all his media proxies and thousands of trolls online to smear Mendelblit and the state prosecutors who built the case against him. Friendly legal experts from Israel and abroad, including rent-a-pundits like Alan Dershowitz, are already claiming that the premises underlying the cases are false.

Thousands will be called to take to the streets and protest against the “coup” and “deep state” legal elite trying to depose their beloved leader. And in the midst of it all, we are almost certain to have yet another Knesset election.

It will be a toxic and divisive confrontation between Israelis who believe in the judicial system and those who have been convinced that the elites are out to suppress them.

Netanyahu will fight tooth and nail, smearing anyone he suspects of threatening his hold on power. This will be a battle for the soul of Israel’s fragile and endangered limited democracy, and it’s far from over.

Anshel Pfeffer’s “Bibi: The Turbulent Life and Times of Benjamin Netanyahu” is published by Basic Books.

Thursday Was A Victory For Israeli Democracy – But Also For Netanyahu