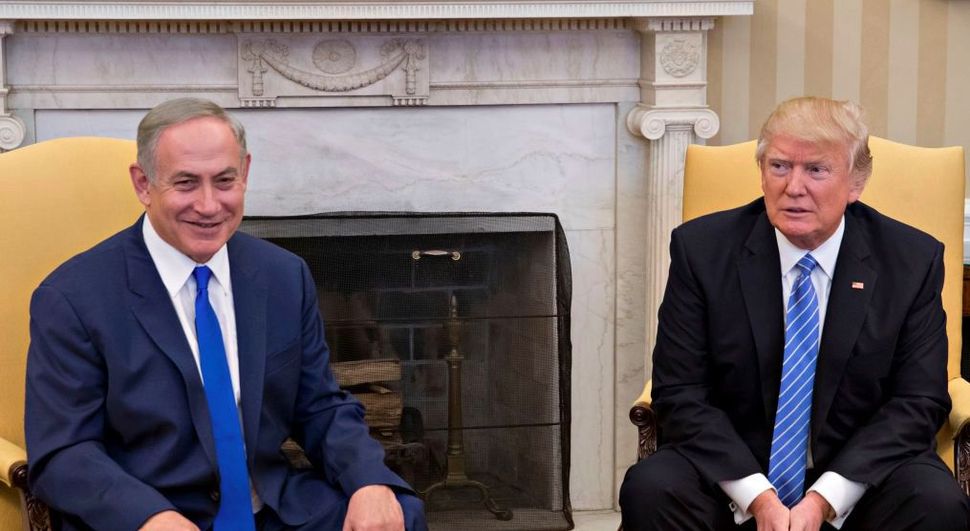 The Israeli-Palestinian peace plan that will be unveiled at the White House on Tuesday, hailed by President Trump as the “Deal of the Century,” will allow Israel to extend sovereignty over most of its West Bank settlements in return for limited Palestinian autonomy, Haaretz reported.

Israeli Prime Minister Benjamin Netanyahu and opposition leader Benny Gantz will meet with Trump and Secretary of State Mike Pompeo at the White House Monday, a day ahead of the unveiling of the long-awaited peace plan. The Palestinians have preemptively rejected Trump’s proposal, saying that he is biased towards Israel.

Why hasn’t the Trump peace plan been unveiled yet?

The White House has repeatedly delayed the unveiling of the plan, most recently citing the inconclusive results of the last two Israeli elections. A third round of elections is scheduled for March.

The plan is almost a total mystery. Assistant Secretary of State for Near Eastern Affairs David Schenker – the top State Department official on Middle East issues – admitted to Congress in October that he had no idea of the plan’s contents.

What’s in the Trump peace plan?

Haaretz reported on Monday that the plan will allow Israel to proclaim sovereignty over the majority of West Bank settlements. These communities are currently under a separate Israeli legal status than cities that Israel controlled before the 1967 Six-Day War – incorporating them into Israel proper would segment the remaining pockets of the West Bank that would be under Palestinian control.

If I parsed the JSON right — and I think I did…. here’s what Palestine would look like if Israel annexed all the land that is fully under its civil and security control.. (i.e. Area C)

The Israeli paper also reported that the remaining Palestinian areas – along with the Gaza Strip, would be a “demilitarized Palestinian state” with Israel controlling its borders. In return, the Palestinians would receive eastern Jerusalem (minus the Old City) as its capital, and a bridge would be built between Gaza and the West Bank.

Palestinian leaders have boycotted the Trump administration’s peace initiatives for two years, saying that Trump was too biased towards Israel. Palestinian Authority Prime Minister Mohammad Shtayyeh told Reuters before the plan was unveiled that they opposed it. “We reject it, and we demand the international community not be a partner to it because it contradicts the basics of international law and inalienable Palestinian rights,” he said.