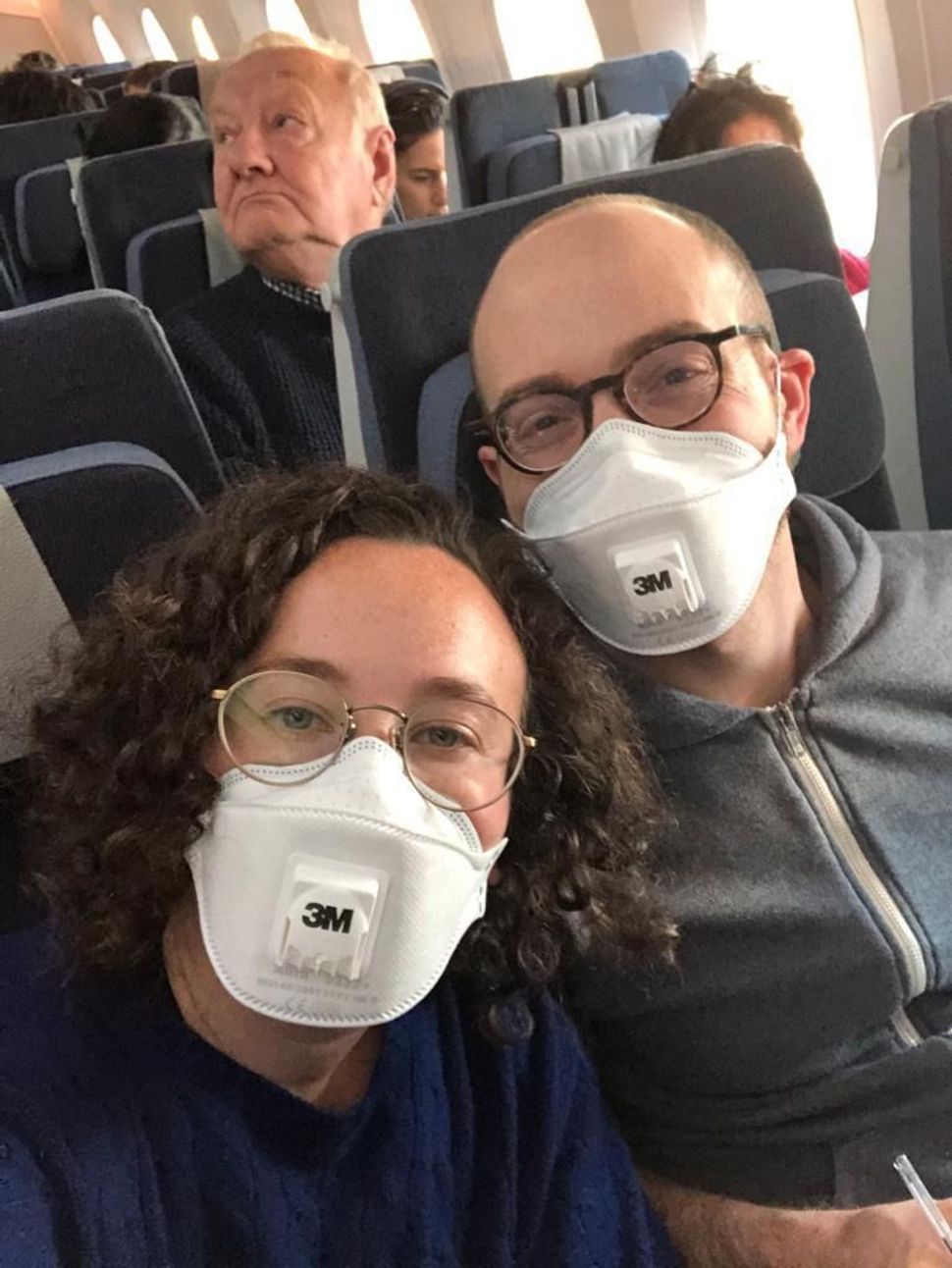 Last night, a woman in the building across the street from us started crying.

Nuzzled on our couch, Lisa and I were streaming some police show when halfway through the episode I heard muffled sobs coming from outside our living room window. We paused the show and I walked over. It was difficult to pinpoint, but the crying sounded like it was coming from a shut window directly below and across the alley from us.

The noises sounded anguished. “Huu huu HUUUUUU”. Almost fake. Like she might be auditioning to play a woman on a TV series who, at one point, needs to fake cry.

Those sobs were quickly followed by erratic screams in Hebrew. Then a slam, like a dumpster lid clanging shut. I didn’t hear any other voices, so I’m not sure if the yelling was directed at someone else, or just life itself.

In my experience, the more ridiculous crying sounds, the more horrible the reason for that crying is. Which scares me. Because this crying sounds shameless, how big it is.

We heard similar noises the night before leaking from the same window. The window’s opaque, so we can’t see the person on the other side. We can only guess at her life and the reasons why.

“Maybe she had a death in the family,” Lisa suggests.

“Or a boyfriend who’s leaving her?” I add. “Or maybe she’s just going crazy.”

I wonder if any of this is Corona/quarantine related. Even if we weren’t stuck in here, I still wouldn’t be able to find out.

So much of our lives right now exist only through what we can see from our windows, or our computer and phone screens. Tiny portals to the outside world.

I’ve started noting the routines of our neighbors. The young woman living in the building behind ours who each morning around 8am rests her elbow on her window sill and smokes a cigarette contemplating the day. She taps the ash into a pink plastic cup sitting on an air conditioner below her.

I find myself comforted by the predictability of it. The familiar rhythm.

And, like the mourning woman downstairs, I find myself wondering about her life.

What’s her job? Is she waiting for someone traveling overseas who, now because of this growing pandemic can’t come home? Maybe her partner’s an infectious disease doctor who traveled to Italy last month to fight the good fight and now he’s stuck there.

I wonder if this routine of smoking inside her apartment is also related to quarantine, or if she’s been doing this every morning for years and only this past week have I been home at the right times to notice.

There’s also the man across the alleyway from us with a new baby at home. When I’m standing on our balcony in the morning, soaking in sun and waiting for our parrot friends to swoop by, I’ll glance left, surprised and not surprised, to see him standing only a few feet from me. He usually looks tired, slightly stubbled, always hunching over the kitchen sink wiping down dishes or scrubbing a small army of used baby bottles. A participant in his own private quarantine, long before the corona outbreak.

Aside from each other, all these people are Lisa and my closest physical contacts, and I get a tiny blip of happiness from noticing these silent routines all around us. Reminders that there’s still a big world out there.

I’m starting to wonder if my coworkers will look for increasing signs of isolation as each day passes. Someone created a Slack channel called Quarantine Support Group, so I assume they’re starting to worry/pity. I’m video conferencing into my meetings, and while many work from homers will keep the video camera off, I’m insisting on keeping mine on. It forces me to at least get dressed and look presentable every day.

If this were a movie and I were a man, my beard would get increasingly longer as time went on and as I got more haggard. But as a woman there are fewer telltale signs — other than how eager I am to have contact with the outside world. Has anyone in the history of corporate employment ever said they wished they had more meetings? You heard it here first, folks!

Truth be told, I think any concern for worry on my sanity’s part has been replaced with a more general unease. Because Israelis tend to marry younger and have kids younger, I’d say many (if not most) of my coworkers have kids and a fair share of women in my office are pregnant right now. Apparently my office is emptier every day as people attempt social distancing and rely more heavily on Zoom meetings and Slack.

When people ask when I’m done with bidud, I excitedly answer “I’ll be back in the office on Monday” to which I often hear, “I think we’ll all be working from home by then.” We went into isolation counting down the days until we got out, but we’ll be returning to an entirely new normal. The things to which I’d look forward to — spending each day in an office of colleagues, exercising in a group setting, getting a drink at a bar — are beginning to feel further out of reach.

Ironically, I’m realizing that the “safest” gathering to attend is the one my WhatsApp quarantine group is planning to host when we’re all free. We are a collection of relative strangers united by boredom and loneliness. Since we were all disappointed to miss out on Purim festivities, we’ve decided to have a delayed Purim party post-quarantine (only those in the WhatsApp group are invited). The party will be hosted on one of the members’ rooftops, which we’ve seen many times through videos he’s posted to keep us entertained.

It seems we have a long road ahead to collective recovery, so I’m taking the last few days of our quarantine to appreciate the community we’ve built (both in Tel Aviv and online) and to think about how we can help once we’re out of here. Someone set up a Quarantine Aid Facebook group on Tuesday, which has 230+ members offering to bring meals, supplies, and even dog walking. With such a vast global problem, I feel gratitude for the grassroots, hyper-local approach to care I’m seeing around me.