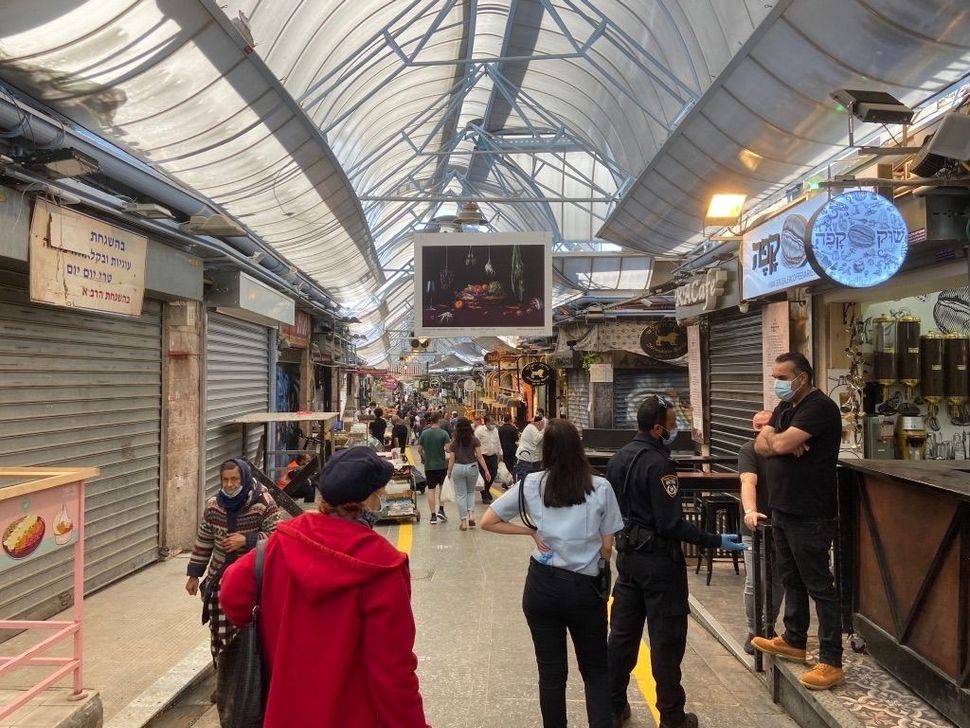 From the stools out front, Café Roasters has the best view of the Mahane Yehuda market crowds, with a clear line of sight from end to end. But on the first Friday morning since the Jerusalem market reopened after the coronavirus lockdown, plenty of pavement is visible. There’s still a low hum of commerce and a babble of voices, muffled by masks, but little of the shouting of prices or hawking of halva samples.

Working the espresso machine, barista Naama Harow said that there was perhaps just one-eighth of the typical traffic this morning. The pastry shops next door were faring far worse. On the market’s main open avenue, there are no buskers, no Chabadniks asking passersby to put on tefillin.

Jerusalem’s Mahane Yehuda, the country’s largest open-air market and one of the city’s most frequented tourist sites, began reopening for business on Thursday. The market, the pulsing heart of Jewish Jerusalem, covers several sprawling city blocks, with over 450 vendors selling everything from spices and socks to liquor and lentils.

In line with Health Ministry regulations, municipal inspectors toting laser thermometers stand at barricades at the entrances of the market, what locals call “the shuk,” stopping would-be shoppers to take their temperatures.

Though most stores were back in business, the ordinarily packed alleys of the market were still mostly empty. With incoming tourism at a statistical nil, the Friday mob has thinned to a Jerusalemites-only affair. Gone are the Birthright groups that clogged the market’s arteries, the busloads of foreign tourists buying candy, and the bar patrons swigging beers at midday.

Police officers patrol the streets barking at those not adhering to mask regulations. Many have them pulled down around their chins as they chat and socialize in small huddles, despite the insistence by authorities to maintain social distancing. 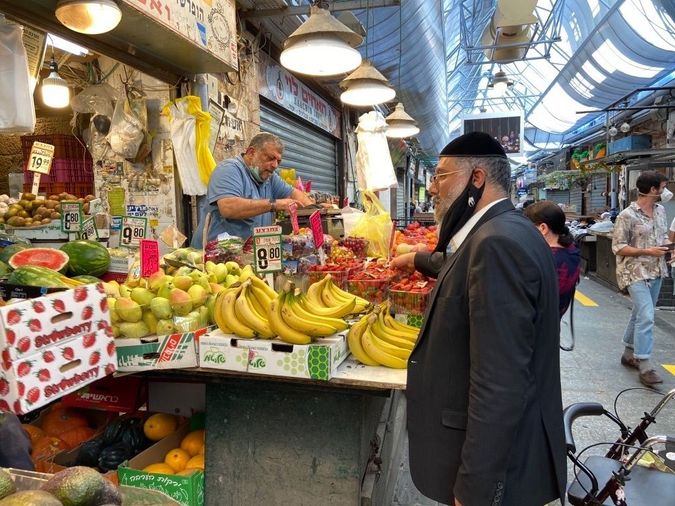 On an ordinary Friday before the coronavirus outbreak, many Jerusalemites would try to avoid the Mahane Yehuda like the plague. But after six weeks of closure due to the pandemic, locals are starting to trickle back in search of their groceries, defying concerns of a fresh outbreak.

Shopping at Mahane Yehuda on a Friday is a contact sport. Jerusalemites rush to buy groceries before stores close ahead of sundown, when Shabbat begins. With the rise in tourism in recent years, outsiders have flocked to the market to experience the frenetic atmosphere, further exacerbating the market mosh-pit.

The coronavirus outbreak put an end to that.

The Israeli government adopted early and aggressive regulations to help halt the spread of the novel coronavirus. In February it started imposing travel restrictions for east Asia, and by mid-March virtually all incoming flights had ceased and much of the country was on lockdown.

The country has weathered the storm better than many other developed countries, with just over 16,000 confirmed cases and 238 deaths as of Friday, according to the Health Ministry.

But shutting the country down came at the cost of unemployment soaring to over 25%. Small business owners, like the merchants at Mahane Yehuda, were hit especially hard..

For weeks, those merchants who could manage deliveries to customers remained open for business, albeit on a limited scale. The vast majority closed down.

Nissim Mizrahi, who has worked at his shop on butcher’s row for 20 years, said that many merchants were outraged that supermarkets stayed open while Mahane Yehuda was forced to close.

“It feels very unfair,” he said, slicing sirloin steaks. He counted himself fortunate; his shop remained open for deliveries during the coronavirus shutdown. “If I had closed my shutters, I would have been in trouble now.” 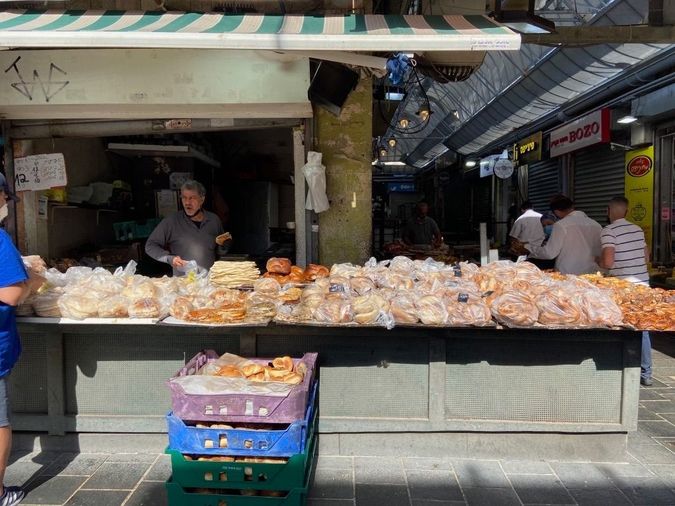 The tourists that used to flock to Mahane Yehuda market are gone. Image by (Credit:Ilan Ben Zion)

Baklava, halva and tchotchke shops have sprouted up at Mahane Yehuda in the past decade as the market gentrified to meet the demand of foreign tourists. Hole-in-the-wall bars soon replaced fruit and vegetable vendors, to the vexation of locals seeking the cheap produce once available at Mahane Yehuda. Those bars remain shut by order of the Health Ministry.

Several stores dishing out knafeh, a cheesy Palestinian dessert, to eager tourists had popped up in the past couple years, but now stand empty as there’s little demand.

“I’m wondering to myself whether they’ll go back to selling vegetables,” she said.

Eitan Bodkov, whose Judaica and souvenir shop caters overwhelmingly to the market’s vanished foreign tourists, had to shut down for nearly two months and only reopened on Friday. He ventured that his income has dropped by 95% as tourism has dried up.

“We hope that they’re going to start flying again in the coming months,” Bodkov said. “On the face of it the situation isn’t easy. It’s not going to be quick – not by August or even December.”

Ilan Ben Zion is a Jerusalem-based reporter for the Associated Press.