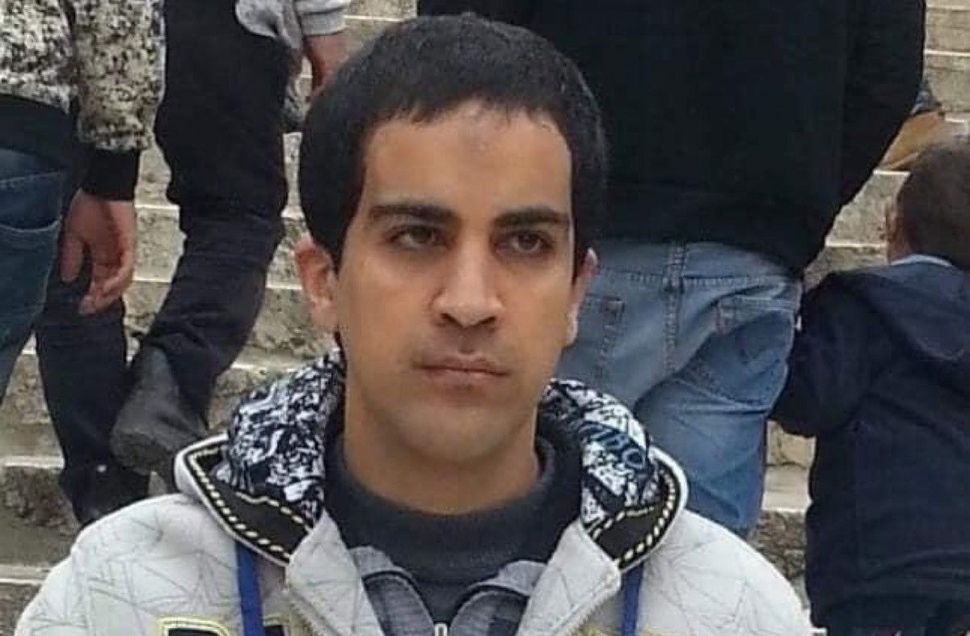 In a jerky, low-resolution cellphone video shared widely over the internet, Biton, who had been stopped for failing to adhere to the country’s social distancing regulations, could be seen laying on the ground crying out in pain as two officers punched and tased him over and over.

After being treated for his wounds, he was jailed for four days before a court intervened, securing his freedom.

This incident, and others like it, come as police here significantly step up enforcement of measures intended to slow the spread of the COVID-19 pandemic, which has made a return after officials declared victory over the virus and relaxed restrictions in May.

But the return of coronavirus restrictions has also been accompanied by a rise in complaints regarding police violence in the course of their implementation, with many, especially in the ultra-Orthodox community, claiming that they have been disproportionately targeted by law enforcement and health officials.

“In corona times the police brutality has lost all limits,” said Noa Levi of the Public Committee Against Torture in Israel (PCATI), “which means that not only dark-skinned people and Haredim are being attacked but today any person in the street not wearing a mask who hesitates minute when asked for ID is beaten as well,” she said.

There has been a definite increase in police brutality in recent years as weapons such as skunk spray and stun grenades, she said, which had previously been used in the territories, have made their way inside the Green Line.

“We have lots of video showing the same phenomenon over and over again..”

Over the course of the past several days, several videos have surfaced of officers using what appears to be excessive force while dealing with widespread protests by ultra-Orthodox residents of Jerusalem angry at government-mandated closures of their neighborhoods as part of efforts to stem the spread of the virus. 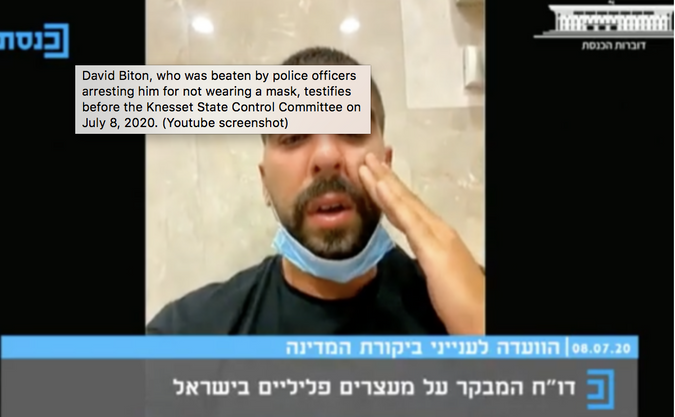 David Biton testifying about his beating by police officers who arrested him for not wearing a mask. July 8, 2020. Image by YouTube

The vast majority of police brutality cases in the city have occurred in ultra-Orthodox and Arab neighborhoods.

In one video, a policeman, whose face was uncovered, slapped a protester because his mask was not covering his nose.

In another video posted online, a uniformed officer could be seen bull-rushing an Orthodox man carrying a camera and knocking him to the ground while, in yet another, officers [can be seen] (https://www.kikar.co.il/367268.html) repeatedly striking multiple protesters.

Other incidents have included a woman being handcuffed for refusing to provide identification after she was confronted for not covering her nose and was kept restrained even after fainting and a teenage girl who was caught on camera crying when confronted by officers after (her family claims) taken off her mask to take a drink on a hot day.

Anger over policing has led to tensions within the governing coalition, with some ultra-Orthodox lawmakers recently calling for their parties to exit to coalition over what they have described as discrimination against their sector.

“There is great anger over the arrogant enforcement that discriminates against the ultra-Orthodox. While in Beitar, a woman receives a NIS 2,000 fine for not wearing a mask, in Tel Aviv masks are distributed,” The Times of Israel quoted one lawmaker as saying.

Public Security Minister Amir Ohana has said that he is aware of recent coronavirus-enforcement related complaints and is working to take the necessary steps to fix the issue, although he did not go into detail regarding what he would do.

Some lawmakers are now pushing for legislation that would, according to the Knesset State Control Committee website, obligate police to “report to the court that all the detainee’s rights were upheld during the arrest, including documentation of the arresting officers informing the detainees about his/her right to consult with an attorney immediately.”

Members of the ultra-Orthodox community have long complained of how they are treated by law enforcement, especially regarding the use of “skunk spray,” a foul-smelling chemical compound initially developed for use against Palestinian rioters, which has been in use as a crowd control measure during haredi protests since 2017.

The recent wave of incidents comes of the heels of a number of other high profile police violence vases, unrelated to the pandemic, including the recent shooting of Iyad Halak — an unarmed, autistic Palestinian man — in Jerusalem. 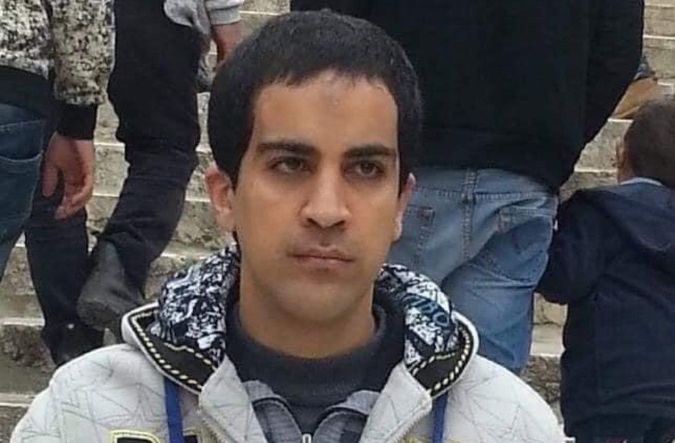 This was followed several days later by the release of a video of officers kneeling on the head of an ultra-Orthodox man arrested for riding an electric bicycle without a helmet.

The ultra-Orthodox man’s attorney compared the case to that of George Floyd, an African American man whose death at the hands of a police officer who kneeled on his neck for nearly nine minutes in late May, setting off worldwide anti-racism protests.

Floyd’s death also sparked rallies in Israel in which demonstrators compared the situation in Israel to that in the US, reading out lists of the names they said were victims of police brutality. They screamed slogans like “No justice, no peace” and “Solomon Tekah, the last victim” — a reference to the death of an Ethiopian-Israeli teenager shot by an off-duty police officer last year.

More than 144,000 Jews of Ethiopian descent live in Israel. And like the ultra-Orthodox and Israeli-Arabs, the Ethiopian community has long complained of racial discrimination, especially at the hands of law enforcement, and have come out into the streets to protest police killings several times in recent years.

According to the 2019 Democracy Index, an annual survey conducted by the Israel Democracy Institute, only 44% of Israeli Jews, and 38% of Israeli Arabs, trust the police as an institution.

The problem, Aweke Zena, head of the Justice Ministry’s National Anti-Racism Unit, recently told The Times of Israel, is many of the problems with Israel’s law enforcement are a part of “culture of policing” that is “very deep.”

“In general, I can say that Israeli police tend to use less force than American police” if you discount the West Bank, said professor Guy Ben Porat, chair of the department of politics and government at Ben Gurion University and author of the book Policing Citizens – Minority Policy in Israel.

“Shooting citizens is not that common but the police do tend to use excessive force against specific groups. You could say that groups that are more vulnerable and less in the consensus are more exposed to police violence.”

He said that a lack of records makes it difficult to frame the issue in numbers but said that there is plenty of evidence that at demonstrations by groups like Haredim, who as a group “are less popular in Israeli society,” it is “easier” for the police to lose their patience.

“The main problem is oversight,” he said. “In many of these incidents, there is no punishment for police officers who are violent.”

This claim is born out by a 2017 State Comptroller report which found that the Department of Police Investigations was doing an inadequate job, failing to investigate cases of police violence as well as a similar report in 2019 by the Public Defenders’ Office,, a branch of the Justice Ministry, which found that a majority of investigations into violent officers were terminated prematurely.

However, the police force does have its defenders, including professor Simon Perry, a 30-year veteran of the police who is currently Co-Director of the Program in Policing and Homeland Security at the Hebrew University’s Institute of Criminology.

It is important to remember that with the recent uptick in enforcement of mask regulations, there are “thousands of interactions by officers every day and you don’t hear about most of them,” said Perry, noting that in cases where people not wearing masks refuse to identify themselves, police have an obligation to detain them using the “minimum amount of force” necessary.

Often videos of incidents don’t show the whole picture, he said, recalling visiting American police officers telling “how lenient” they found their Israeli counterparts to be.

Asked about recent incidents, police spokesman Mickey Rosenfeld said that while enforcing health regulations, officers have “also dealt with violent protests that have taken place when people in areas and zones that are on lockdown have attempted to break down barriers and attacked police officers.”

“In some extreme cases police officers on patrol have had to arrest individuals after not agreeing to show ID and also in other cases when individuals were not wearing masks against the rules and regulations of the Ministry of health and police,” he said.

“If there are any cases when a policeman uses excessive force, the incident is examined. This is a standard procedure in the police policy.”