Has Trump messed up in Israel, too? 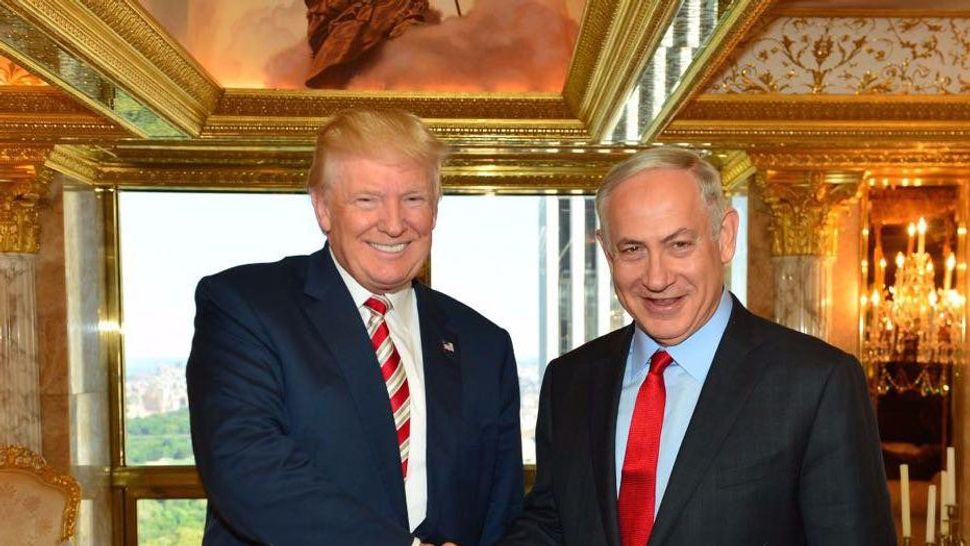 U.S. leadership in the world is, unsurprisingly, at near all-time lows. A Gallup poll released last month showed that America under the Trump administration’s stewardship was only viewed favorably by some 33 percent of respondents across 135 countries.

A rare outlier, however, was Israel, nearly doubling the approval rating at 64% – joining such countries as Turkmenistan, the Philippines, and Myanmar. This corresponded to other polling data released earlier this year showing that over 70 percent of Israelis had confidence in Donald Trump. Inexplicable though this may seem to many American Jews, Israelis on the whole are pro-Trump. And from their perspective, what’s not to like?

During the course of his administration, the U.S. president strongly tilted U.S. policy in Israel’s favor, making decisions unprecedented in American diplomatic history. He moved the U.S. embassy from Tel Aviv to Jerusalem and recognized the holy city as Israel’s capital. He recognized Israeli sovereignty over the Golan Heights, withdrew from the Iran nuclear deal signed by the Obama administration, and tacitly accepted Israeli claims over all of its West Bank settlements. All this even before releasing an Israeli-Palestinian “peace” plan in January that no country – save Israel — believes is even close to adequate.

For many Israelis this was all for the good: finally, an American president who saw things our way and didn’t ask too many questions. Prime Minister Benjamin Netanyahu has repeatedly called Trump the “greatest friend” Israel has ever known. No matter that many of these moves were solely the province of Israel’s revanchist Right; no matter too that they would likely damage Israel’s long-term national security interests (for instance, undermining the prospect of a genuine two-state solution and ensuring Israel’s Jewish and democratic future).

But beyond symbolic diplomatic gifts and indulgences, what impact has Trump had on actual Israeli life? At present Israel is engulfed in a major second wave of the coronavirus that has wrought havoc on the economy. The number of daily infected per capita has equaled American levels, while 20% of the working population – nearly a million Israelis – are unemployed.

Yet during the initial stages of the pandemic, in March and April, Israel was a success story. It instituted a nationwide lockdown that lasted for six weeks and demolished the curve. A sole outlier, however, was arrivals from the U.S., which accounted for a major proportion of Israel’s incoming virus cases.

While Netanyahu quickly limited inbound travel from several Asian and European hotspots, he tarried when it came to the quickly deteriorating U.S. Most reports chalked it up to one reason: not wanting to embarrass the notoriously prickly U.S. president.

By late May, after declaring premature “victory” over the coronavirus, the Israeli government moved to reopen the country and shifted its focus to other concerns: namely annexing some (or all) of its West Bank settlements. The green light for such a move was initially broached as part of the Trump administration’s Middle East peace plan. Netanyahu, during the recent formation of his new government, insisted that annexation move ahead after July 1. Right-wing Israeli politicians came to calling this period a “historic window of opportunity” – the opportunity to lay claim to the settlements, the window being just ahead of November’s U.S. general election and a possible Trump loss.

Israeli officialdom thus spent the crucial time between the first and second COVID waves arguing amongst themselves and the international community about the West Bank. Precious bandwidth was frittered away in meetings with U.S. envoys, like Ambassador David Friedman, over the exact contours of the land grab. As of this writing, months later, Israel has yet to set up a robust COVID-19 testing and contact tracing infrastructure, while the government by one count has announced at least four separate economic aid packages.

Annexation was ultimately shelved – at least for the time being – not by the Trump administration but by the spiking numbers of infected and unemployed in Israel. A poll taken in early June showed that only 4% of the Israeli public viewed annexation as a priority for the government, compared to 69% which said the economy and 15% the virus itself and this even before the second wave hit in earnest

Almost as bad, the mere prospect of annexation had an immediate impact on Israeli-Palestinian relations themselves. The Palestinian Authority, which administers large parts of the West Bank, suspended ties with Israel in protest.

As a result, the close medical collaborations on COVID response between Israel and the PA during March and April have ended. PA security forces who uphold the coronavirus lockdown in Palestinian areas find it difficult to reach outlying villages and refugee camps due to the lack of coordination with their Israeli counterparts.

Compounding the serious COVID surge in the West Bank and the economic damage of the lockdown, the PA has also refused to accept tax transfers from Israel that make up over half its budget (the Trump administration long ago stopped U.S. aid to the Palestinians). PA civil servants, including the security forces, haven’t been paid a full salary in three months, leading to concerns inside Israel’s defense establishment for the PA’s stability — and by extension, Israel’s security.

Israelis are “one-issue voters” when it comes to American presidents – and that issue isn’t domestic constitutional norms, Supreme Court nominations, abortion rights or, say, common decency. It’s Israel. Trump is still viewed as a “great friend” of the Jewish State, but the shine may be fading. Even Netanyahu has begun refraining from mentioning Trump’s America in public comments, especially relating to the pandemic.

More recently, in the wake of the deadly Beirut port explosion, Trump inexplicably raised the specter it was an “attack,” despite Israeli, Lebanese, and American officials all stating that an accident was the likely cause. Such loose talk has fed conspiracy theories regarding Israeli involvement and could, in extremis, lead to a military confrontation between Israel and the Hezbollah terrorist group.

All of which have more and more Israelis asking: Are these truly the actions of a friend?

Neri Zilber is a journalist based in Tel Aviv and an adjunct fellow of the Washington Institute for Near East Policy. @NeriZilber

Has Trump messed up in Israel, too?