Analysis: How the Israel-UAE deal helps Trump – and Biden 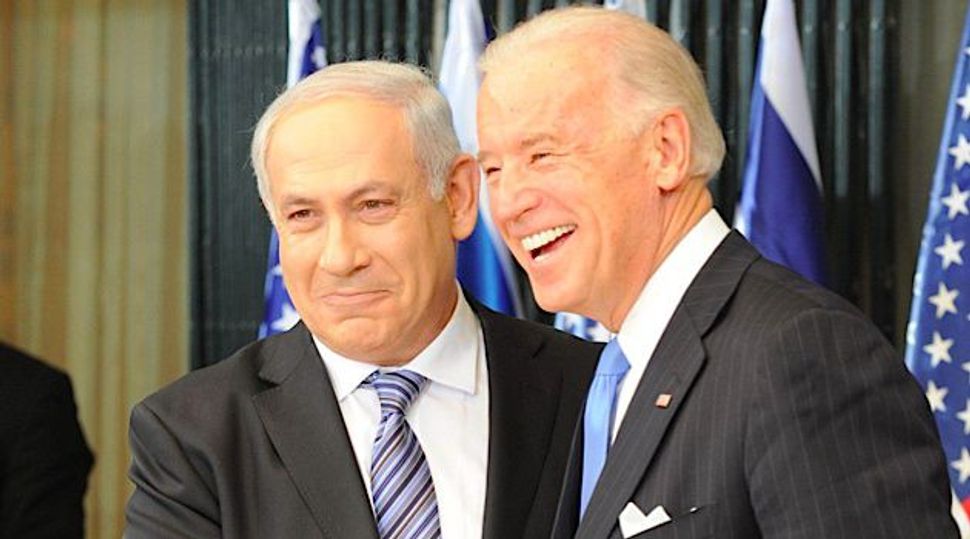 The governments of Israel and the United Arab Emirates announced a historic agreement on Thursday, in which the government of Israeli Prime Minister Benjamin Netanyahu would suspend plans to annex parts of the West Bank in exchange for the normalization of ties from the sheikhdom.

The deal was brokered by President Trump, who said that there would be a signing ceremony at the White House sometime in the next few weeks.

The deal did not come out of the blue — it’s been an open secret for years that Israeli and Emirati intelligence services share information, and a UAE ambassador made history in June when he published an op-ed in an Israeli newspaper. But it is also a major achievement: The UAE will become the third Arab country to recognize Israel, joining Egypt and Jordan, and the agreement could spur other Middle Eastern countries to also expand their ties to the Jewish state.

The announcement will likely have huge reverberations in Israeli politics, and could also affect the upcoming American presidential election.

Netanyahu, who has faced weeks of growing protests over corruption charges and his handling of the coronavirus pandemic, will be able to tout a historic diplomatic achievement, and his agreement to freeze his designs on parts of the West Bank may take some of the wind out of the sails of his critics on the anti-annexation left (though it will also surely anger his pro-annexation partners on the right).

Many Israeli pundits have argued that Netanyahu never actually wanted to go through with annexation in the first place — so getting recognition from the UAE in exchange for dropping something he wasn’t enthusiastic about anyway amounts to a big win.

On the domestic side, surveys consistently show that very few U.S. voters consider foreign policy to be their top issue — and that most American Jews prioritize domestic policies over Israel issues when casting their ballots.

But even so, the deal will allow both President Trump and former Vice President Joe Biden a degree of protection from attacks on their foreign policy during debates and other campaign events.

Trump, despite his self-proclaimed dealmaking acumen, actually has very few diplomatic agreements to speak of during his tenure. The United States-Mexico-Canada trade deal is largely similar to NAFTA, the accord it replaced; his overtures to North Korean dictator Kim Jong Un sputtered out; his Israeli-Palestinian peace proposal, which was crafted by a team led by his senior advisor and son-in-law Jared Kushner, was boycotted by Palestinian leadership.

Now, however, Trump has a significant foreign policy coup to brag about, one that also provides more support for the claim frequently espoused by Republican Jewish activists that he is the most pro-Israel president in American history.

But the deal also gives the Democrats a greater deal of protection. Biden, his running mate Sen. Kamala Harris, and virtually the entire Democratic caucus have been critical of Netanyahu’s annexation proposal. Some Democrats, including several Democrats known for their hawkish views on the conflict, have even gone so far as to say that they would be willing to put conditions on American military aid to the Jewish state to prevent any funds going to support it.

Had Israel gone forward with annexation, Biden would have been put in an awkward position, caught between progressives looking to cut aid and centrists fighting to maintain it. That’s no longer an issue. Taking annexation off the table also means that there’s one fewer thing Biden would feel compelled to criticize Israel about — which in turn means one fewer way Trump and the Republicans could paint the Democrats as anti-Israel.

Analysis: How the Israel-UAE deal helps Trump – and Biden