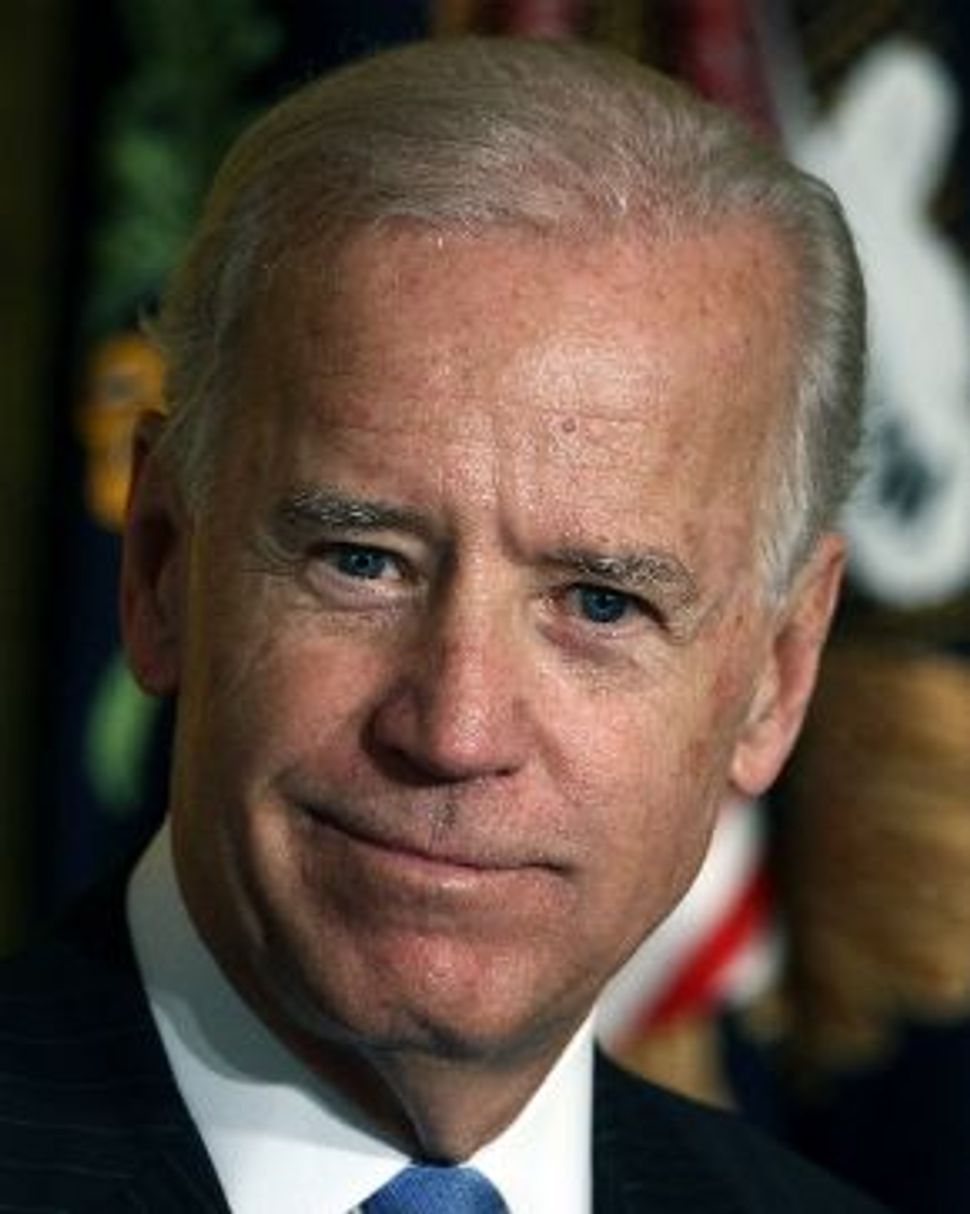 Some of the most moving conversations I have had recently were with voters who left their political home on the right, including Orthodox Jews, and voted for Joe Biden. Why did their stories make such an impression on me? Their reasons for rejecting Trump weren’t unusual. They eschewed his character, his policies, his populism and divisiveness, his cruelty towards the oppressed or weaker groups in America – just like most voters who rejected Trump.

But their voices rang in my ears. Each bore the wrath of their closest communities, or at the very least faced conflict within them.

•Shmuly Yanklowitz, a 39-year old Orthodox rabbi in Scottsdale, near Phoenix, lived in a caravan hilltop yeshiva in the West Bank in his 20s. Over the years, he built a life committed to liberal causes, running Jewish education and social justice programs. He voted for Biden.

•Keith Mines, 61, is a retired U.S. diplomat who comes from Kansas and Utah and has Mormon roots. He served in Special Forces in the Army – “all the ingredients of a Republican” — but became skeptical of Republican leadership during the second Iraq War. A self-described Reagan Republican in the past, he said he’d now be a Romney or McCain Republican. He shuffled his vote in recent cycles between Democrats to a third-party candidate in 2016, but came out heavily for Biden in 2020. The complications of shifting one’s political outlook are not only a Jewish problem.

•Malka Simkovich, an Orthodox Jewish professor of Jewish Studies who is also my second cousin, lives in a Modern Orthodox community where many support President Donald Trump. She is 38 and said she has moved leftward from that starting point, voting Democrat in the 2020 presidential race for the first time. At this point, she said, she feels at home neither in the Republican nor the Democratic Party.

Keith stopped engaging with friends on these issues, including with his Army buddies and his in-laws. Shmuly said he was a “punching bag for Jewish Trumpers.” But it was worse than that. “In Orthodoxy,” he said, “I’m considered a traitor.”

Malka absorbed accusations that she was unappreciative of all that the Trump administration had done for Jews and for Israel.

Each at some point was forced to confront what their political, religious, family and social communities really stood for.

According to a J Street survey, nearly 80% of Orthodox Jews voted for Trump. “I’m depressed that you only know two religious American Jews who are pro-Biden,” Malka wrote to me. “It concerns me that some Jews who support Trump are willing to overlook his treatment of other minorities.”

Malka worried that Trump treated Jews as separate from the American political community, whose loyalty could be secured through special-interest favors. 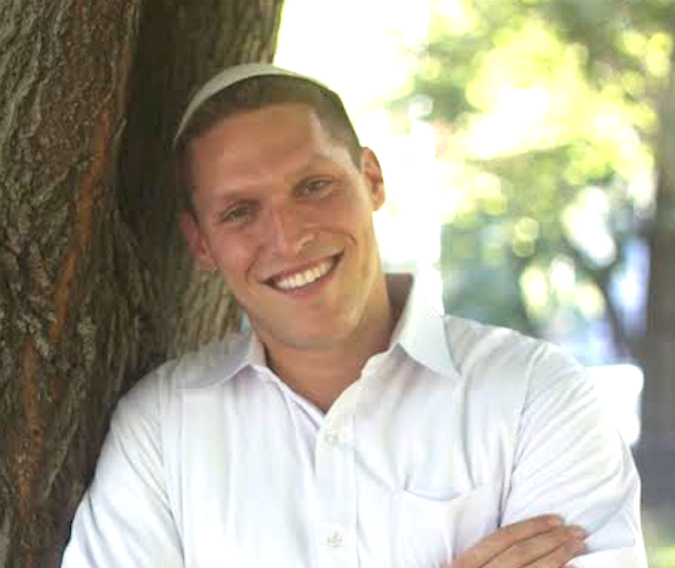 Shmuly summarized the attitude of some Jews as a matter of loyalty to Trump. “You’re a traitor if you’re not robustly pro-Trump, because if you love your people, you’re pro-Trump, everything we need, he will provide.” But Judaism for him is first of all caring for the weak. “One of the most central Jewish values is to stand with the marginalized and the oppressed and raise a voice of conscience against injustice,” he said.

Keith felt that the current incarnation of Republican populism pushed him even further from the GOP. After working on Venezuela for three years at the State Department, he concluded that the idea of a “socialist catastrophe” there was misleading, and clarifying.

“The real problem is populism,” he said. For Trump, “his whole political philosophy is dividing people against each other, galvanizing support around one group in opposition to everyone else.” He worried that the Trump road leads to civil war.

These voters share disappointment with their political homes – dissonance, distance, and maybe loneliness. These are not rebels who have fled their environment. Precisely for that reason, I wonder if they might be all the more alone.

Shmuly described his response to anger from Orthodox Jews. “One of the reasons it hurts personally so much is, I can tap into the world. I lived in Haredi world, and the religious Zionist world. I totally can see where they’re coming from,” he said, referring more broadly to his support for progressive policies.

He also believes there are many Orthodox rabbis with similarly progressive views who do not make their views public. “That would be incredibly discrediting to their leadership and standing.”

Which is harder, I asked Shmuly: To suffer the hurtful criticism and alienation right inside one’s own community, or to stay silent and avoid considerable personal and professional risk? Shmuly fell silent for a long pause. Finally he said he sympathizes with those “who feel so strongly about their moral compass, [but they are] so silent in their voice,” due to pressures of their communities, donors or rabbinical authorities who might affect their careers.

I admire these three for making their views public, for confronting the communities they hold most dear. Growing up in New York of the 1970s and 80s, I felt out of step politically. I gravitated leftward, as the country celebrated the Reagan years and the Jewish community seemed content to glorify Israel while priding itself on liberal values in America. Rather than stay and argue, I left. Living in Israel might sound tough for left-wingers, but we find each other, and we have made one another our home.

Shmuly said he knows American Orthodox Jews who are moving away as well. “I have so many friends, colleagues who have left Orthodoxy over [the Trump] years,” he said. “The teachers they looked to for moral guidance, all of a sudden either fell silent out of fear, or celebrated what was for them the antithesis of all that is good.”

If everyone had stuck to traditional party affiliations, or if independents never changed their minds, Trump would not have won in 2016, nor lost in 2020. If America is to avoid a reversion to Trumpism, crossover voters like these have our fate in their hands.

Where will those who are searching for new political communities go?

The American left today feels so much more robust, and much more left, than when I was growing up, which I celebrate. Black Lives Matter was a watershed — it captured a zeitgeist I did not experience. There is now a full menu of Jewish left-wing activism, from J Street to If Not Now, all the way to Jewish Voices for Peace, and a vast array of organizations in between. Left-wing causes are advancing, on the left. But that’s no longer enough.

The discussion over America’s fate has become so toxic the two sides cannot break out of themselves. Keith, the former diplomat, said, “People really hate each other…that frightens me, I’ve seen that in Afghanistan, Iraq, in the Israeli-Palestinian conflict. Frankly, people are educated, trained, to have disgust for the other side.”

He views the vitriol as a bipartisan syndrome: “On the Democrat side, they have a hard time looking at Trump voters as anything other than crazy.”

Who breaks the cycle, and what if no one does?

The question itself is a luxury. America may have avoided the much-feared civil war, but the deeper contest is far from over, and allies can emerge unpredictably. Keith grew up in Kansas and went to school in Utah, his roots are Mormon. But his vote changed with his experiences and critical perspective.

Hannah Berman is a 78-year old Orthodox Jewish voter in Woodmere, Long Island, with a column at the Five Towns Jewish Times. She voted for Trump almost entirely based on American domestic policy issues – she is not an automatic, Israel-focused Trump or GOP supporter, and she supported Obama in 2008. Though disappointed by the 2020 results, she told me that “If [Biden] is declared president, [then] he’s my president,” The leftward direction of the Democratic Party is “upsetting, unnerving,” but her vote has moved over time, and can move again.

In a recent New York Times oped, Wajahat Ali argued against solicitous interactions with Trump voters: “It’s not worth it.” He talked and listened; the interlocutors did not change their minds. But it sounds like his only real goal was to convince them; in that case, anything short of a St. Paul-like conversion was a failure.

But in a series of long interviews I’ve conducted with Israeli Jews who shifted to the left – many of them also gave up religious for secular life – very few point to a moment that changed everything, not even a lecture by a columnist at a liberal newspaper. Instead, they recalled events that marked points in transitions that took years. Nearly all told me about exposure to new people, new friends, new ideas, new communities.

Instead of proselytizing to opponents – a distinctly un-Jewish activity – liberals of any persuasion should be open to anyone asking questions, perhaps seeking a new political home or those who stay put and open needed questions at home. Either way, the public imperative is to embrace them and listen or talk, as equals. Liberals, left-wingers, compassionate, peace-loving activists should do that best. It’s up to us to stop the cycle.

If people come with questions, even if they voted for the unthinkable, we should welcome them, not triumphantly, but gratefully. After all, there is no victory yet. Without new alliances, I’m not sure I want to stick around to see January 20, 2025.