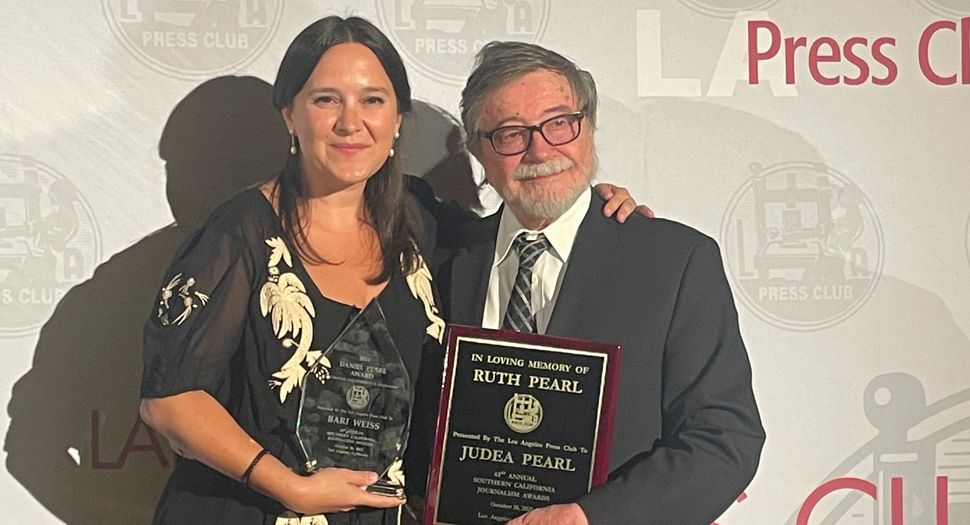 Journalist Bari Weiss received The Daniel Pearl Award for Courage and Integrity in Journalism from the Los Angeles Press Club on October 16, 2021. Following is a transcript of her acceptance speech.

“This award feels, I feel a little embarrassed, and that’s because the namesake of this award, Daniel Pearl, displayed the ultimate courage, courage beyond measure. Me, I’ve had to have the strength and fortitude to be ratioed on Twitter and disinvited from some cocktail parties in Brooklyn. If I display 1/1000th of the courage that Daniel Pearl exhibited in his life, I will consider myself an unbelievable success.

Before I became a journalist like Daniel was, his life and his death meant something else to me— and that was that he was a Jew.

The barbarians that murdered him believed that that was a mark of shame. But to me, and to the entire amazing Pearl family, it is a badge of honor. 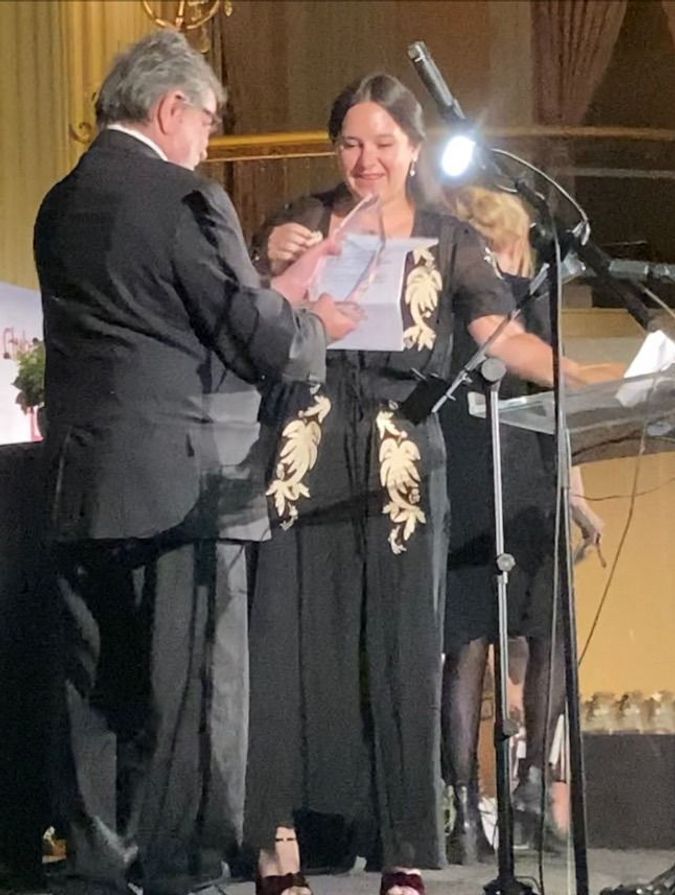 I was raised by parents, who happen to be here, who inculcated that in me. And so, when I was at the New York Times, the paper I used to work for, and a colleague asked if I was writing about the Jews again, I was taken a little bit back. I wrote and I write still about many things, but, well, the answer to this colleague was yes, I was indeed writing about the Jews again.

Where difference is celebrated genuinely, Jews are celebrated.

Where freedom of thought, and faith, and speech are protected, Jews tend to be too.

I don’t think I’m saying anything that everyone in this room doesn’t already know, to point out that we are living in a culture increasingly in which difference, in which disagreement, in which diversity of thought, in which thinking free and out loud is regarded as heretical, as dangerous.

One might imagine, as those other times and faces did, that the solution then is to erase our differences. To play them down, to try and get along, to go with, along the stream, but the very, very opposite of that is true.

And Judaism itself offers the perfect antidote to this moment, so allow me 30 seconds of the first ever Talmud class at the L.A. Press Club.

I imagine that maybe some here imagine that the American Supreme Court is the first place where minority opinions get written down and recorded for posterity, but the Talmud is a 2,000 year old debate. It’s a record of debate.

It’s a debate between sages born hundreds of years apart and talking to each other on exactly the same page. And it’s not just a document of the majority opinion, the opinion that ended up winning the day. It is a document also of the minority, of the critics, of the gadflys. And the two most famous ancient names in that ancient book probably, I would argue, are Hillel and Shammai.

I hope the relevance of all of that to our current moment is obvious to everyone in this room.

We live in an age of digital book burnings, and of 21st century witch burnings. We don’t gather in a public square anymore. We just go on Twitter for that. And I think we live in an era in which everything is seen through the lens of politics. In which nothing, including relationships, fall outside of it.

This is anti-liberal, it is anti-humanist, but encoded in Judaism’s DNA I think is the counter culture perspective we need on hearing multiple perspectives. On putting reason over passion and of a kind of intellectual humility that understands sometimes, just sometimes, the minority opinion turns out to be right. And, at its best, this is also what good journalism does. It tunes out the mob. It cuts through the noise. It looks beyond the stereotype of competing narrative. It insists on individual dignity and that we look at all sides of the story.

And that’s the journalism, even though I no longer work at a fancy newspaper, and now I write on Substack, that I’m trying my best to do every single day. No pain, to my mind, is associated with the pursuit of those values and the sacrifices for the sake of those values, for the sake of the truth that Daniel Pearl, who died in service of those noblest of aims. And no family, I would argue in America, but certainly in L.A., holds up that torch higher than Judea and the late Daniel Pearl.

I am so proud to be associated with the Pearl family and I am grateful and inspired every day by their courageous example. Thank you so much.