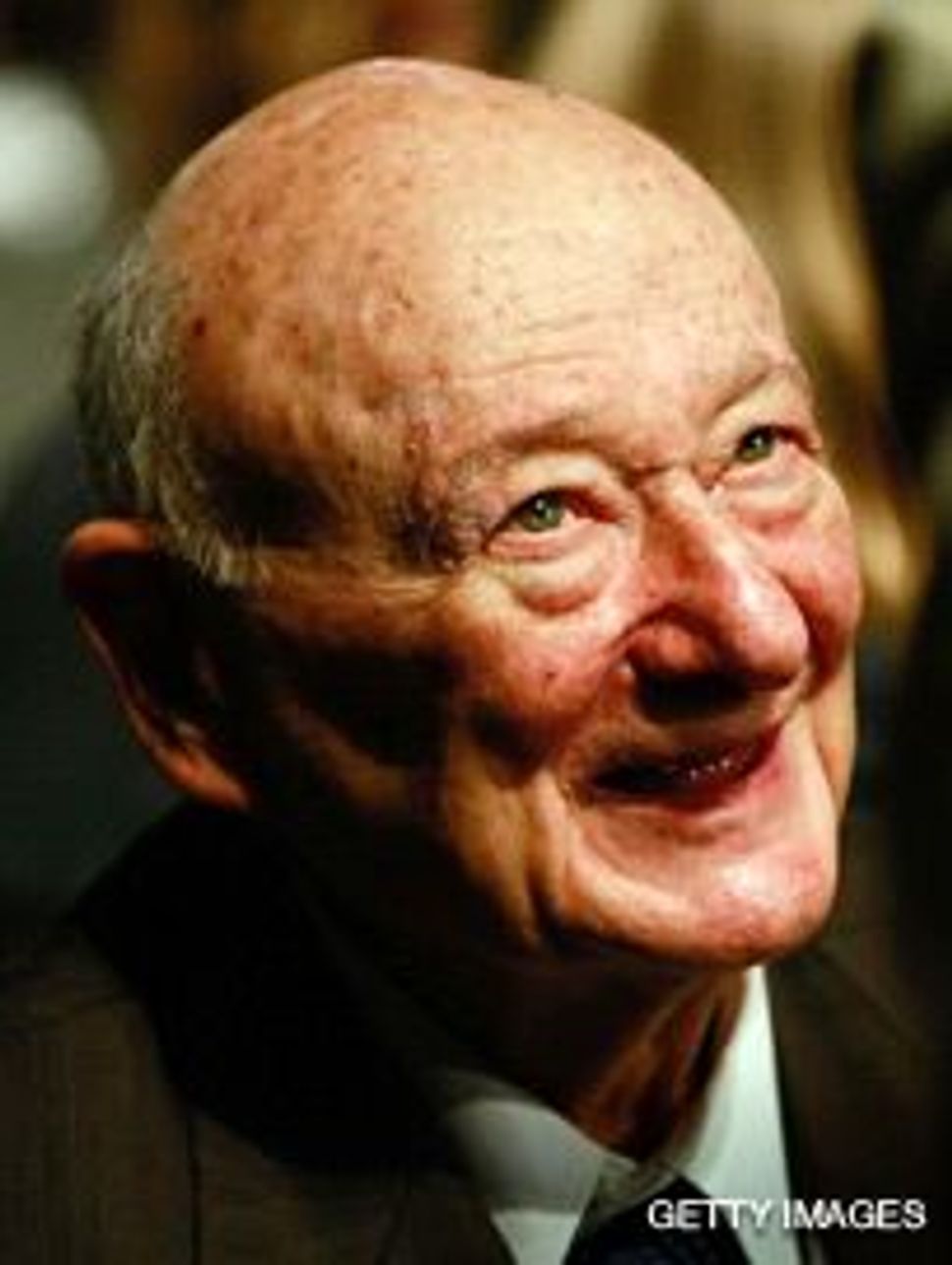 Some of the final words spoken by Wall Street Journal reporter Daniel Pearl before he was beheaded by Islamic terrorists in Pakistan — “My father is Jewish, my mother is Jewish, I am Jewish” — are inscribed on the tombstone of Mayor Edward Koch, who led New York City from 1978–1989. So too is the Shema prayer, in Hebrew and English; a Star of David, and the words “He was fiercely proud of his Jewish faith.”

Former Mayor Koch is 84, and still very much alive. (In fact, he’ll be the Forward’s guest Bintel Brief advice columnist in April.) But he isn’t waiting for a posthumous unveiling to show off his tombstone, erected at the non-denominational Trinity Church Cemetery in Washington Heights.

Nor is he waiting to plan his own funeral at Temple Emanu-El, according to a The New York Times profile, in which Koch says he’s at peace with his political rivals and with the legacy he’ll leave when he dies. Until then, the former mayor, a partner at the New York law firm of Bryan Cave, says there’s work to be done. “[Koch] is particularly concerned about anti-Semitism and wants to bring Jews and Catholics closer together,” The Times reports.

The same weekend that this profile of Koch was published, Daniel Pearl’s father spoke to The Atlantic’s Jeffrey Goldberg. In the interview, Judea Pearl derided both Former President Jimmy Carter’s approach to the Middle East Conflict and the upcoming Durban II anti-racism summit. He also warned of “latent anti-Semitic pressure in the world” of which “Gaza took the lid off.”