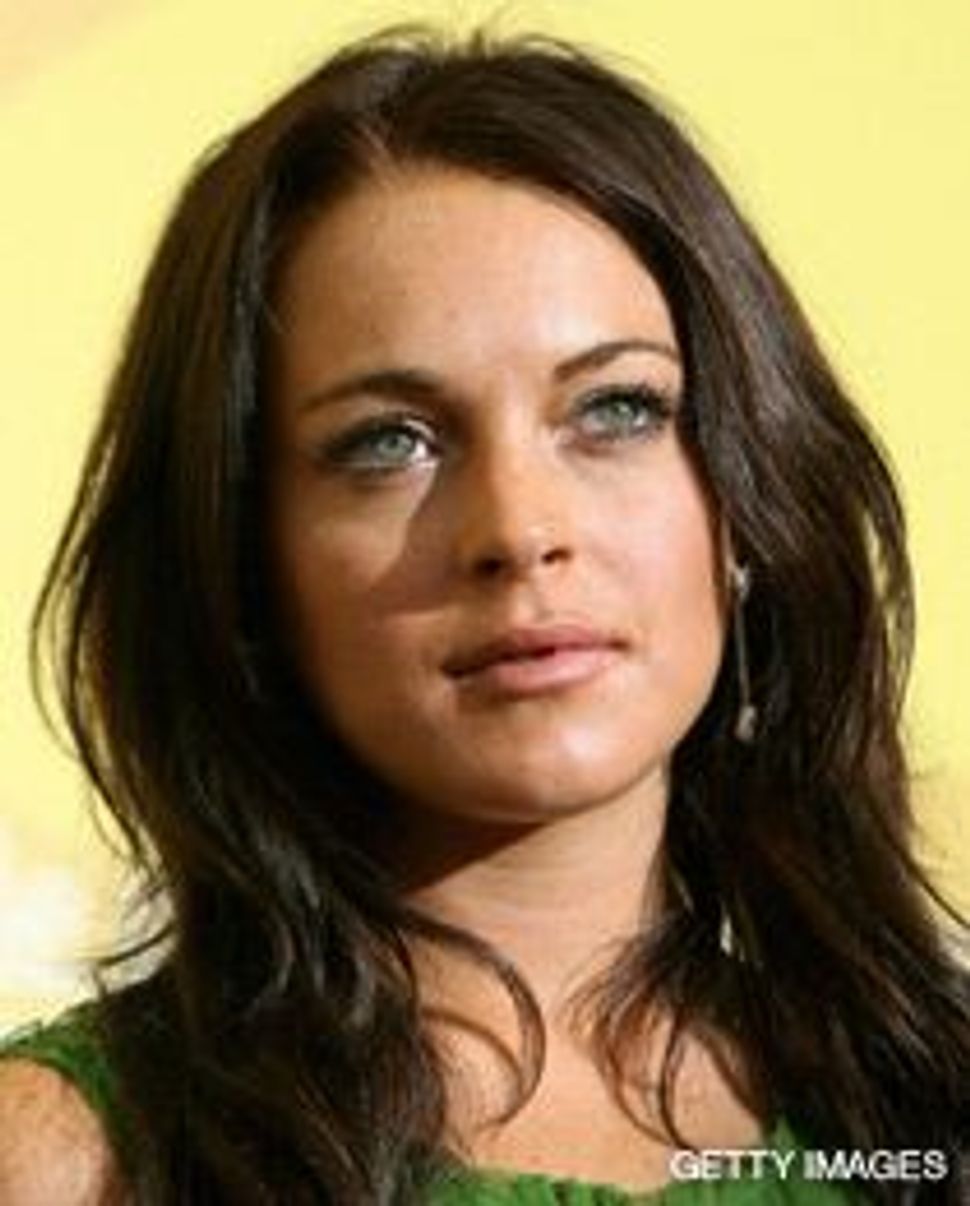 You might think Lindsay Lohan’s Monday morning Facebook status update would make light of some raucous weekend parties. Instead, it’s where the freckled star announced that she intends to convert to Judaism.

After attending the Saturday bar mitzvah of girlfriend Samantha Ronson’s half-brother Saturday, the 22-year-old star of “Mean Girls” and “Herbie Fully Loaded” told an onlooker there that she is “trying” to convert. Following the service, which took place at the Westminster Synagogue in London, Lohan joined the Ronson mishpaha for a bar mitzvah brunch at the Mandarin Oriental at Knightsbridge.

The Long Island-reared Lohan was raised Catholic. Her estranged father is a born-again Christian.