A New Twist on Israeli Cuisine 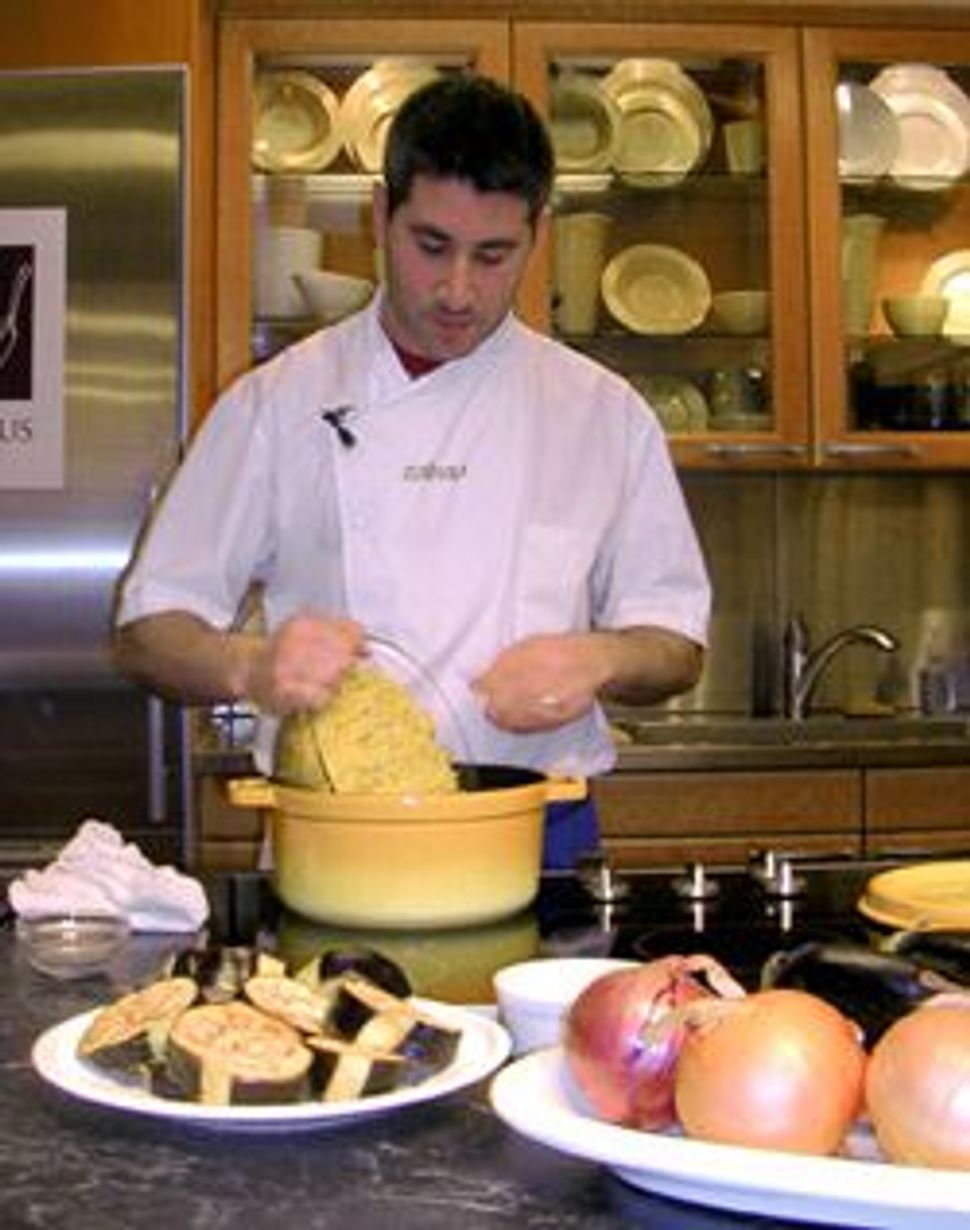 “You can only go so long without eating really good hummus. And it’s about $1200 round trip to get to Israel,” said the Israeli-American Chef Michael Solomonov of Philadelphia’s year-old Zahav restaurant — serving up “modern Israeli” kosher-style cuisine. His solution to the hummus dilemma: Make your own, daily, and perhaps add a twist. 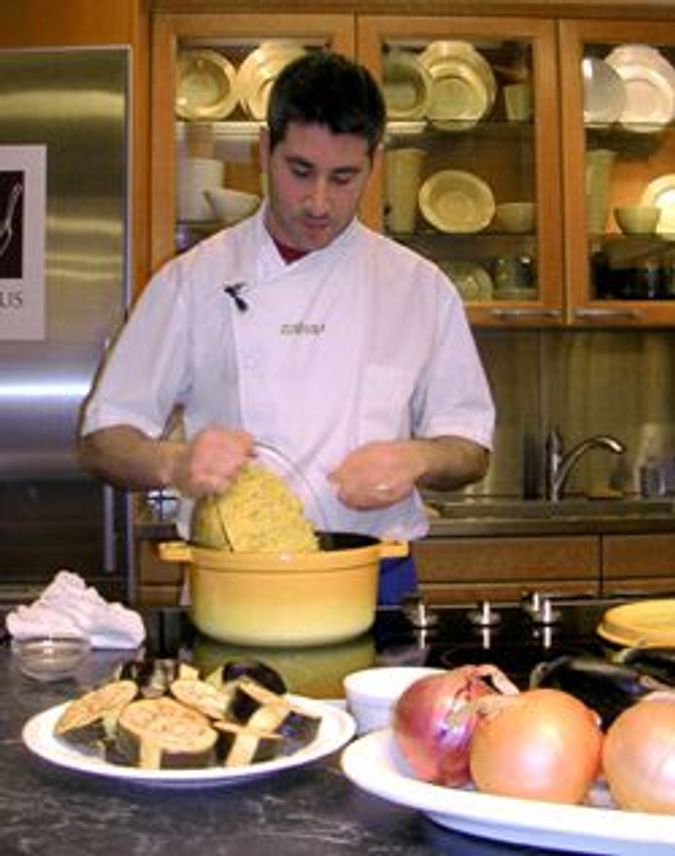 Solomonov recently delighted 30 guests at a cooking demonstration and dinner at DeGustibus Cooking School and culinary theater at Macy’s in Midtown Manhattan. During the 2 1/2-hour event, he prepared several dishes from the menu at Zahav. The restaurant’s offerings include the chef’s favorite aspects of the diverse cuisines in Israel, alongside Middle Eastern standards, such as hummus and tabbouleh.

The evening began with his signature nutty and earthy hummus, which was served along side three salatim or Israeli salads. There were beets with tehina, Bulgarian peppers, and twice- cooked eggplant.

Then came tuna carpaccio stuffed with tabbouleh, served aside harissa red pepper sauce. The tuna was followed by roasted lamb shoulder with pomegranate and Persian rice for the main course. The evening concluded with a truly exceptional “new school konafi” — a sophisticated version of an Israeli dessert made from shredded phyllo dough. The chocolate mascarpone-stuffed konafi was drizzled with a delicate kumquat syrup.

DeGustibus, as part of its Kosher Cadence series in May, will host New York-based kosher chefs Mike Gershkovich of Mike’s Italian Kitchen and Mike’s Bistro, as well as Jeff Nathan of Abigael’s. And for the first time DeGustibus will host a kosher knife skills class in June. For more information about the series or to register, visit the DeGustibus Web site.

1 whole head of garlic with the skin on, plus one clove with the germ removed

(2) Place the chickpeas in a large pot with the whole head of garlic and cover with water. Bring the water to a boil and reduce the heat to low. Simmer the chickpeas over low heat for approximately three hours, or until very tender. Drain the chickpeas, reserving one cup of the cooking liquid. Discard the garlic bulb.

(3) In the bowl of a food processor, add the sesame paste and the cooked chickpeas. Purée the mixture with the grapeseed oil and lemon juice, adding enough reserved cooking liquid to achieve a smooth, creamy consistency.

A New Twist on Israeli Cuisine