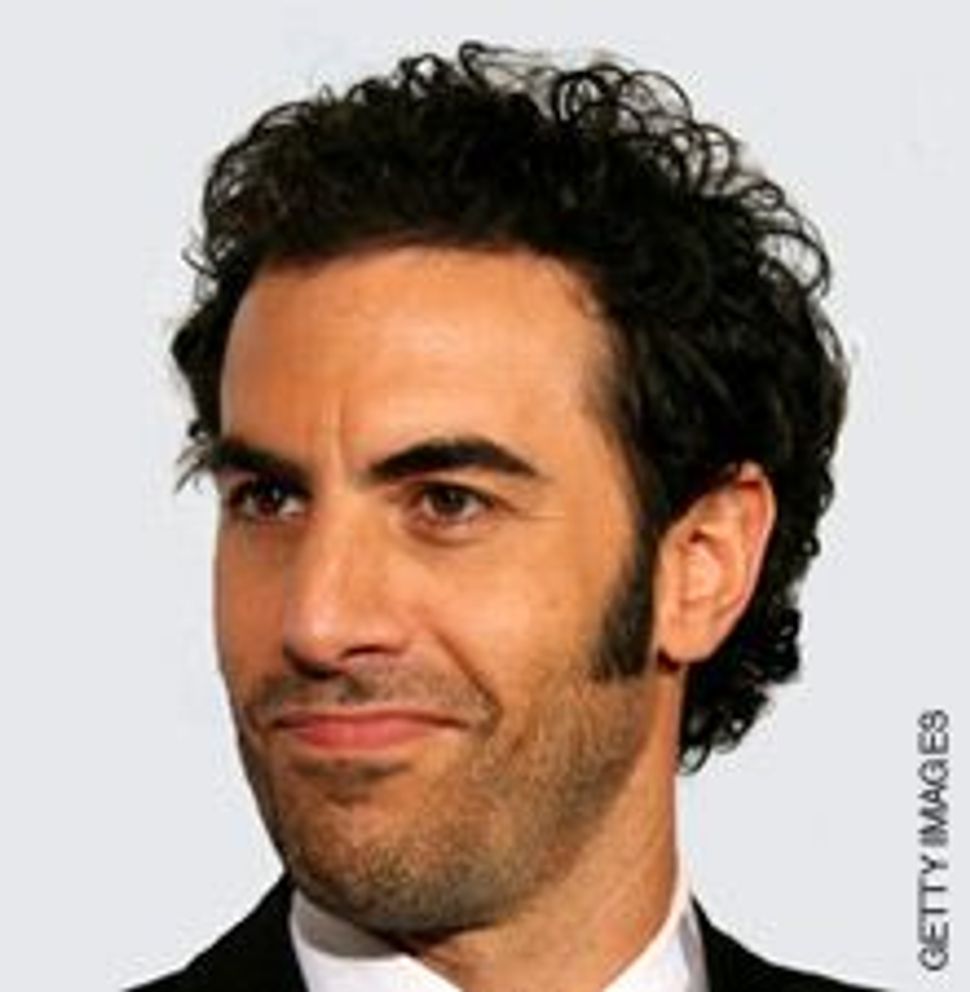 The Motion Picture Association of America has slapped Sacha Baron latest film, “Bruno,” which is slated to be released in July 2009, with an NC-17 rating.

The film has been deemed inappropriate for children under 17 because of its explicit scenes that surpass the likes of the naked fight from Cohen’s first feature, “Borat: Cultural Learnings of America for Make Benefit Glorious Nation of Kazakhstan,” according to a report on The Wrap.

This time around, Cohen’s alter-ego, an Austrian gay fashionista, rivals Borat both in the bedroom and on the anti-Semitic fronts. In one scene, aspiring child actors toting smug stage moms complete a series of tasks. One of which is imitating Nazi atrocities, like shoving humans into ovens.

Still, Baron Cohen, “is experimenting and still finding the film,” The Wrap reports. And he has no choice but to continue to tinker and deliver an R-rated film to Universal, which reportedly will not release an NC-17 version.