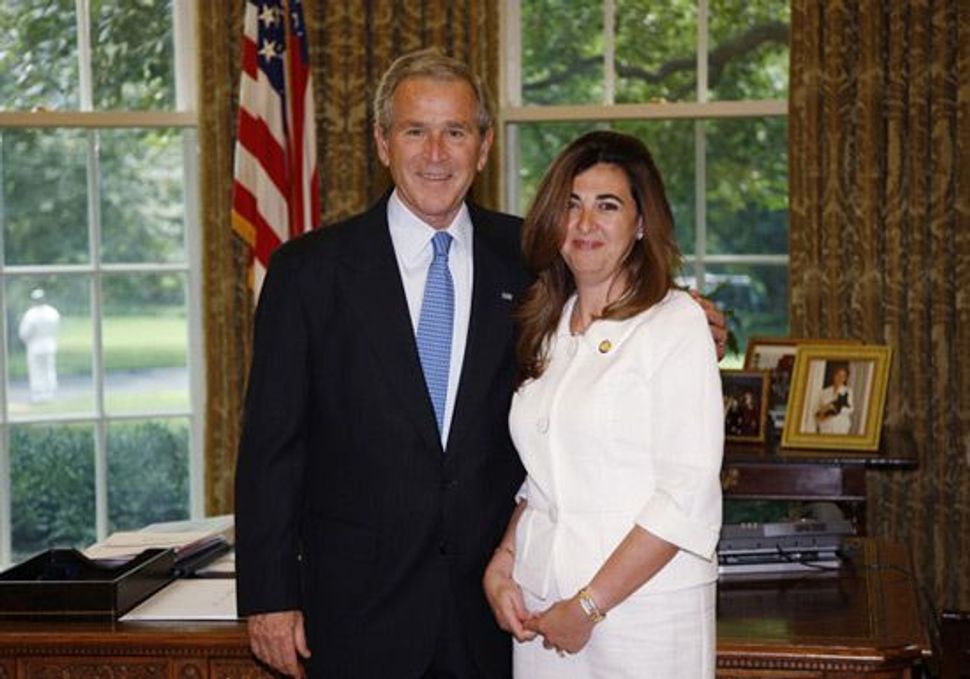 On Monday, the Times published a story about the Bahrain’s 36 remaining Jews. Among them is its to the United States, Houda Ezra Ebrahim Nonoo. She (yes, she) is apparently the Arab world’s first Jewish ambassador posted abroad.

Below is a photo of Nonoo with former president George W. Bush. 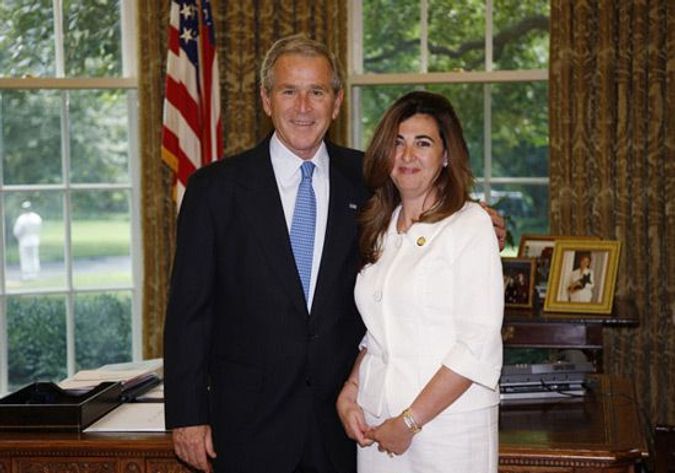