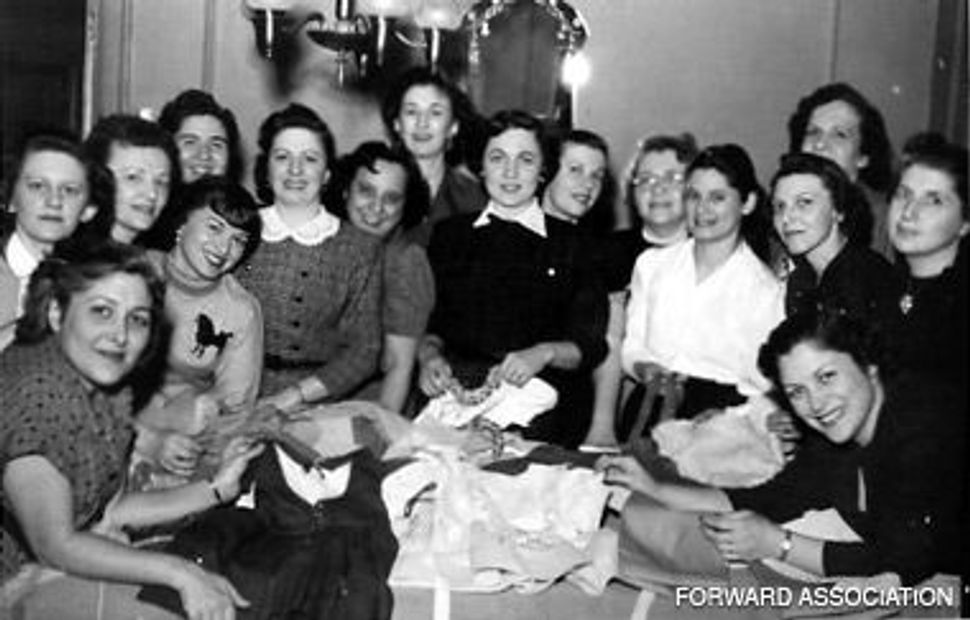 I remember the day my mother was asked to be president of our synagogue sisterhood. She was making chopped liver — yes, chopped liver — when the phone rang, and in hurrying to answer it, she accidentally spread the brown, smelly meat everywhere. No matter. She was thrilled to accept! After her own wedding, and before her two daughters married nice Jewish men, this definitely was one of the most exciting days of her life.

I thought of this happy memory earlier this week on my way to speak to that same sisterhood. The synagogue of my youth in Mount Vernon, NY merged with another synagogue, and merged again, and is now housed in a smaller building adjacent to the old one, which was torn down and rebuilt as an assisted-living facility. I hadn’t been to either site in more than 20 years. But when I moved to New York to become editor of the Forward, a woman whose name I still recognized called me immediately to address the group.

How could I refuse? The sisterhood was everything to my mother, a classic immigrant homemaker whose life revolved around family, synagogue and the occasional game of tennis. Never able to access the education her brothers received, never thinking that larger leadership roles would be open to her, she made the sisterhood her expression of Jewish identity.

And that’s why we decided to name this new blog “The Sisterhood.” The traditional Sisterhood was — and in some places, still is — the place where Jewish women came together to do good and have fun, to bridge family and communal life, to share and debate and learn and lead. Our virtual Sisterhood has much the same aim, except that it builds on the Forward’s national status and independent streak to connect Jewish women across generations, denominations, geography and politics for a vibrant and, we hope, entertaining conversation.

The women (with a smattering of men) in attendance at Sinai Free Synagogue earlier this week asked terrific questions. They insisted on feeding me, of course. They told me I reminded them of my mother. High praise! They made me feel so welcome.