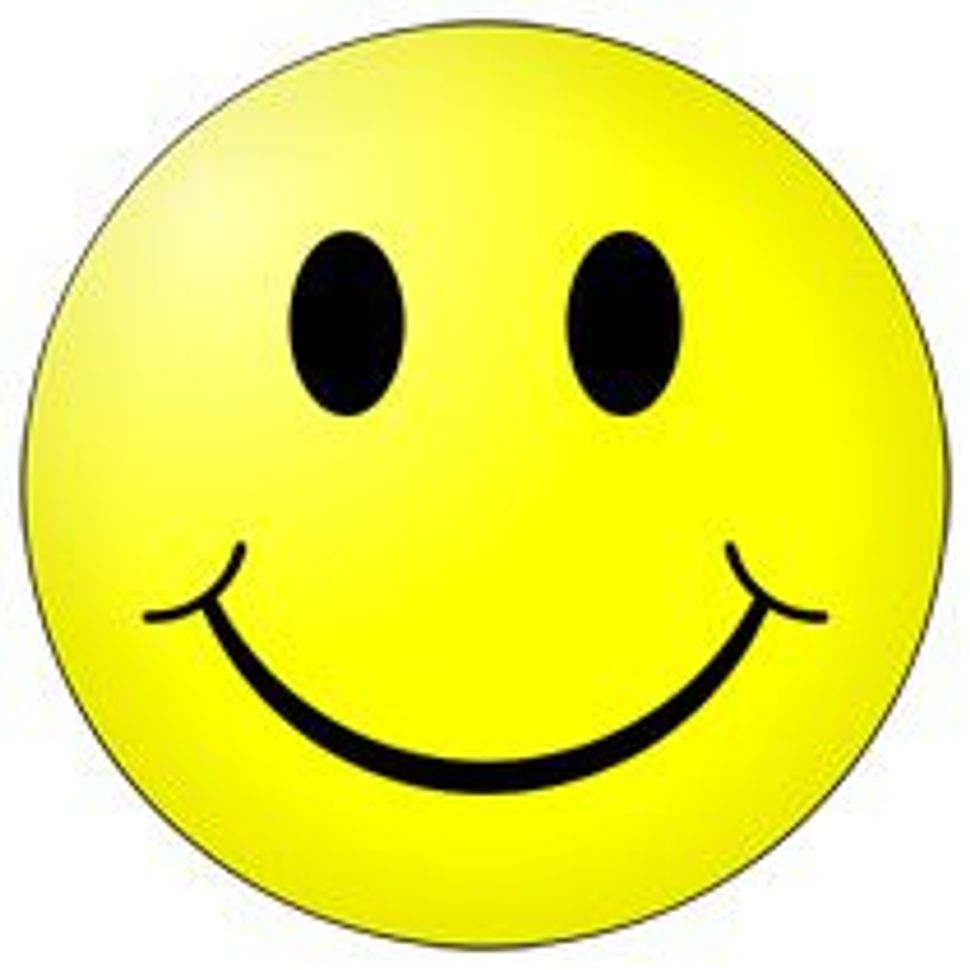 Israelis may have a reputation for being grouchy; but, statistically speaking, Israelis — including Arab Israelis — are overwhelmingly in a good mood. Or so say pollsters from Tel Aviv University, who conduct monthly surveys to gauge public opinion.

Among the Jewish respondents, 80% of people surveyed defined their personal mood as “very good” or “moderately good.” It seems that those who were infuriated by the outcome of the election have bounced back mood-wise. There was little difference in mood between voters for different parties — with 75% or more of the voters for all the parties defining their mood as well as the national mood as “very good” or “moderately good.”

The unhappy lot, relatively speaking, are Ashkenazi Haredim. Among voters for United Torah Judaism — who generally come from this demographic — only half of people surveyed said their mood was “very good” or “moderately good.” These respondents projected their glum outlook on the rest of the country: Only a quarter of them judged the public to be in one of these two frames of mind.

Some 90% of the Jewish public rated the state’s achievements since its establishment as “very good” or “moderately good.” Expectations about the future are also positive: 81% were “very optimistic” or “moderately optimistic” about the future of the state of Israel. And Jewish Israelis are set to stay put: 81% of the Jewish interviewees said that if given the choice to live in Israel or a different country, they would choose to continue to live in Israel.

Among Arab respondents — all of them Israeli citizens — two-thirds viewed the achievements of the state as “very good” or “moderately good.” One in two defined their mood as “very good,” and a similar ratio said the same of the national mood. Two-thirds of the Arab interviewees were optimistic about the country’s future and an absolute majority (94%) wanted to continue living in Israel.

Could the results have anything to do with how “trendy” the antidepressant Cipralex has become among residents in the Jewish state? According to an article in Haaretz, the antidepressant has seen a recent uptick in sales — with some 40,000 prescriptions being filled each month in Israel.