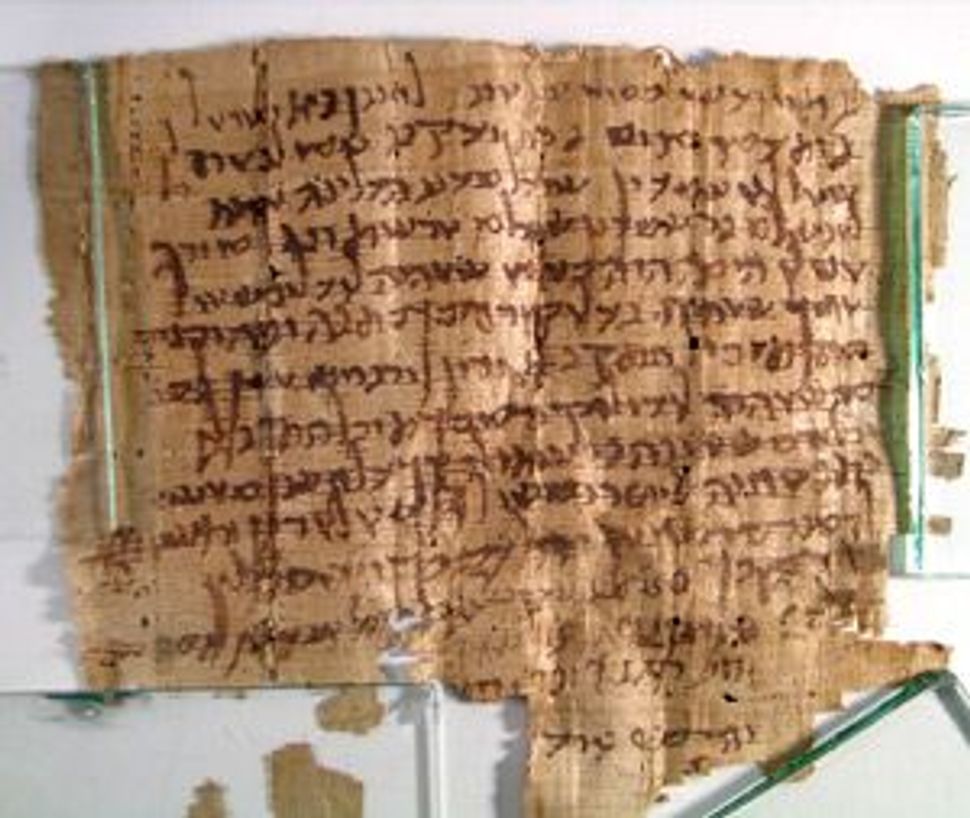 It sounds like the plot from an “Indiana Jones” movie: A 2,000-year-old Hebrew document was on the move and about to be sold on the black market when the plan was foiled.

This drama came to a head in Israel on Tuesday.

For several weeks police had been after two Palestinian men from the West Bank town of Beit Sahour. Law enforcement believed the men to be illegally possessing and trafficking archeological artifacts (all artifacts discovered in Israel’s borders are state property). Then on Tuesday the men were arrested at a Jerusalem hotel.

The artifact they seized seems to be the transfer of property by a widow called Miriam Barat-Yaakov of the village Misalev to her late husband’s brother. Police are still at a loss as to how they got hold of it.

The document mentions various other people and places, and contains a clue to the date when it was written by way of the line “Year 4 to the destruction of Israel.” This indicates it is either from 74 C.E., four years after Jerusalem was destroyed, or 139 C.E., four years after Judah was devastated at the end of the Bar Kokhba Revolt.

The document is written in ancient Hebrew script, which is characteristic of the Second Temple period and the first and second centuries C.E. The style of the writing is primarily known from the Dead Sea scrolls and various inscriptions that occur on ossuaries and coffins.

Amir Ganor, director of the Unit for the Prevention of Antiquities Robbery in the Israel Antiquities Authority, said in a statement to the media: “The document is very important from the standpoint of historical and national research. Until now almost no historic scrolls or documents from this period have been discovered in proper archaeological excavations. A historic document that can be definitely dated based on a reference to a historical event such as the ‘destruction of Israel’ has never been discovered.”

So the various stops along the papal trip to the Middle East are readying to roll out the red carpet. You may be surprised to learn that the red carpet being prepared in Jordan is actually… Israeli. Yes, Haaretz reports that the Israeli firm Carmel Carpets has just rushed through an order for two 110-yard-long carpets, which have been delivered to Jordan in advance of the big visit.