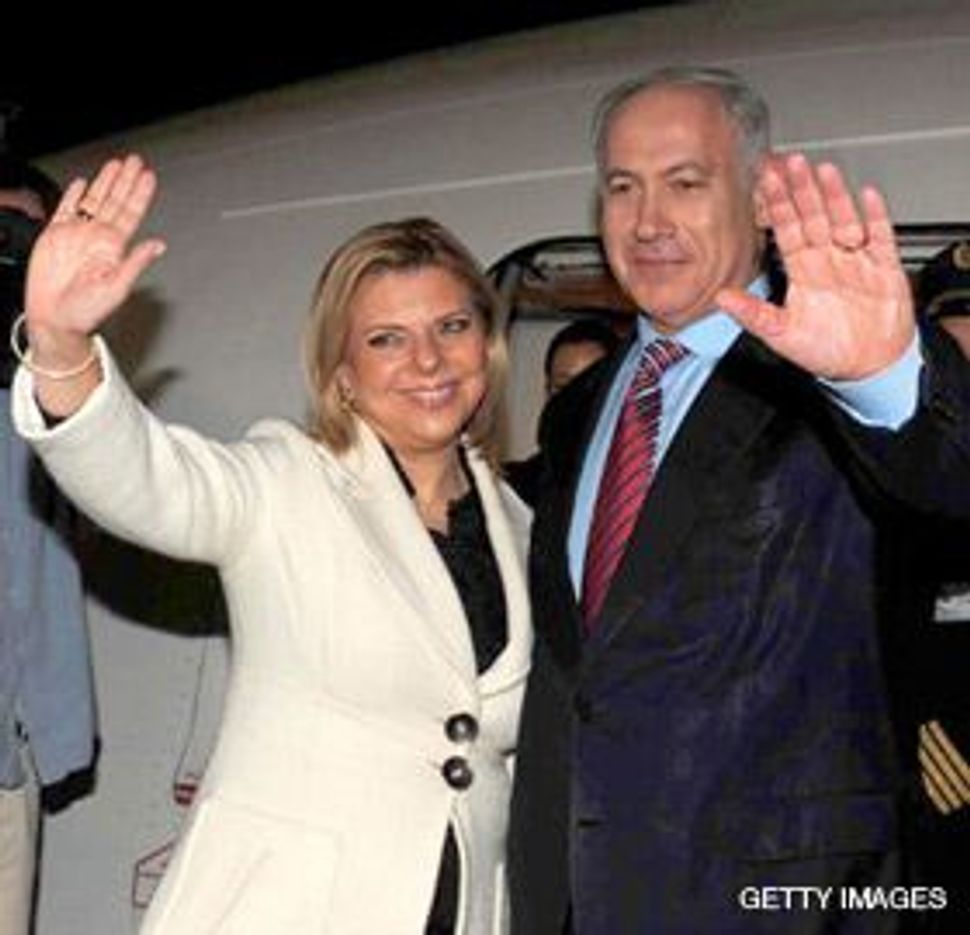 Today’s papers are full of photos of First Lady Michelle Obama in New York, rubbing shoulders with the rich and powerful at the reopening yesterday of the Metropolitan Museum of Art’s American wing and at last night’s gala for the American Ballet Theatre. But Mrs. O’s New York trip left Sara Netanyahu — in Washington with her husband Prime Minister Benjamin Netanyahu, both pictured below — without a meet-and-greet with the First Lady.

While many in the Israeli press saw the crossed paths as a snub, Israeli television personality Meirav Michaeli, writing in Haaretz, urged Mrs. Netanyahu not to waste her energy feeling hurt: 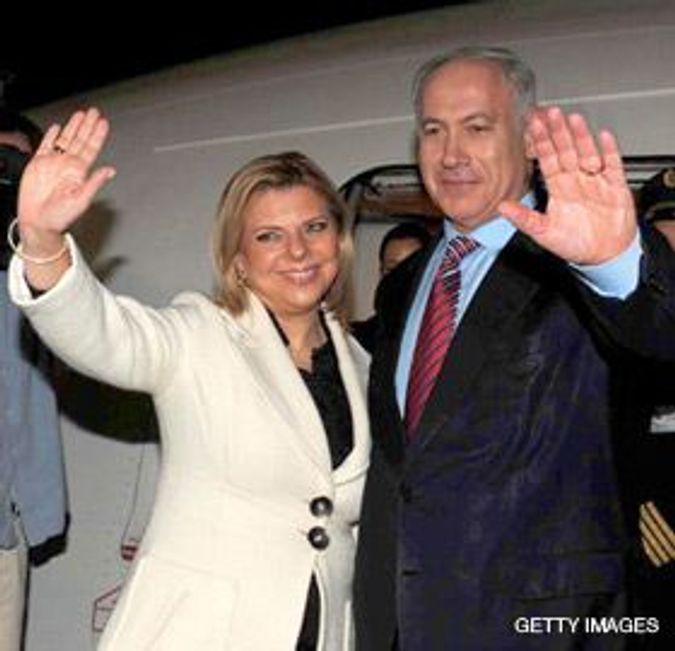 Dear Sara, at the beginning of your husband’s first term you were involved in various activities; you were the chairwoman of Yad BeYad (Hand in Hand) for children in distress, and honorary president of Tsad Kadima (A Step Forward) for children who suffer from cerebral palsy. I also remember the tremendous energy and strong desire for action you showed when you answered our invitation to provide sponsorship for Ezrat Nashim’s major launching event for victims of sexual attacks. … I beg of you to take all that energy and talent and use your position to tell young women about the difficulties you experienced, to instill hope and bring about change.

Not that Mrs. Netanyahu, a child psychologist who works for the Jerusalem municipality (a job she has vowed to keep despite her husband’s prime ministership), seems to be letting the circumstances get her down. In lieu of a White House Tea, she met with child psychologists working for the city government in Washington, and her plans today include a visit the United States Holocaust Memorial Museum.