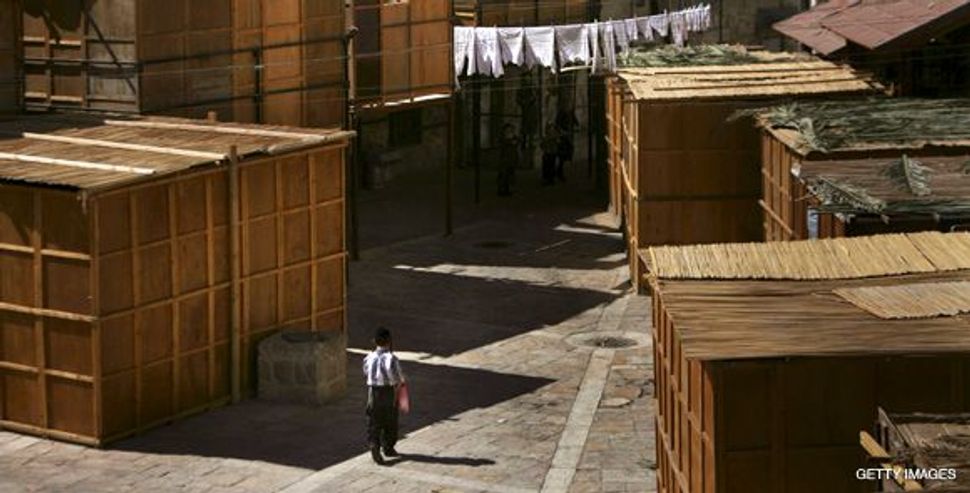 There has been wide-scale building in the settlements this week. In some settlements, including most of the Etzion bloc which straddles the Green Line as well as some deep inside the West Bank such as Beth El, there has been almost one new unit built per family.

You probably figured it out. These are religious settlements and the structures being built aren’t permanent, but rather sukkahs — temporary huts — for the festival of Sukkot which begins tomorrow night.

The question is though, with so much media attention on settlement building, will some international journalist see people busily building in the West Bank and get the wrong idea? Stranger things have happened. When my parents moved in to their first home — many many miles from the West Bank — the neighbors, who had never met Jews before, welcomed them to the area. Asked if they were happy in the house, my parents replied that they were, though they hoped to build an extension.

A few days later, their Sukkot hut went up. My parents learned, as they were taking it down after the festival that their neighbors had spent the entire festival panicking that this makeshift structure was their idea of an extension. Now given that the new structures that cause all the controversy in some settlements are far more makeshift than many people’s sturdy sukkahs — sukkahs seem to get posher every year round here and settlement structures are sometimes rickety trailers — it’s quite conceivable that some uninitiated journalist could think they have a scoop. Keep your eyes peeled.

Staying on the subject of the sukkah-building, it seems that it’s a dangerous venture. Sukkot is the one occasion of the year when the least handy of Jews take out their toolboxes and ladders. To make matters worse, many do so on an empty stomach, observing the tradition of beginning building straight after Yom Kippur before eating. Well it was only minutes after the fast ended that the phones began ringing at Hatzolah, Israel’s Orthodox first aid service. It was inundated with sukkah-related injuries, including a man falling off a balcony in Jerusalem. Hatzolah has sent out urgent notices telling people to be careful.