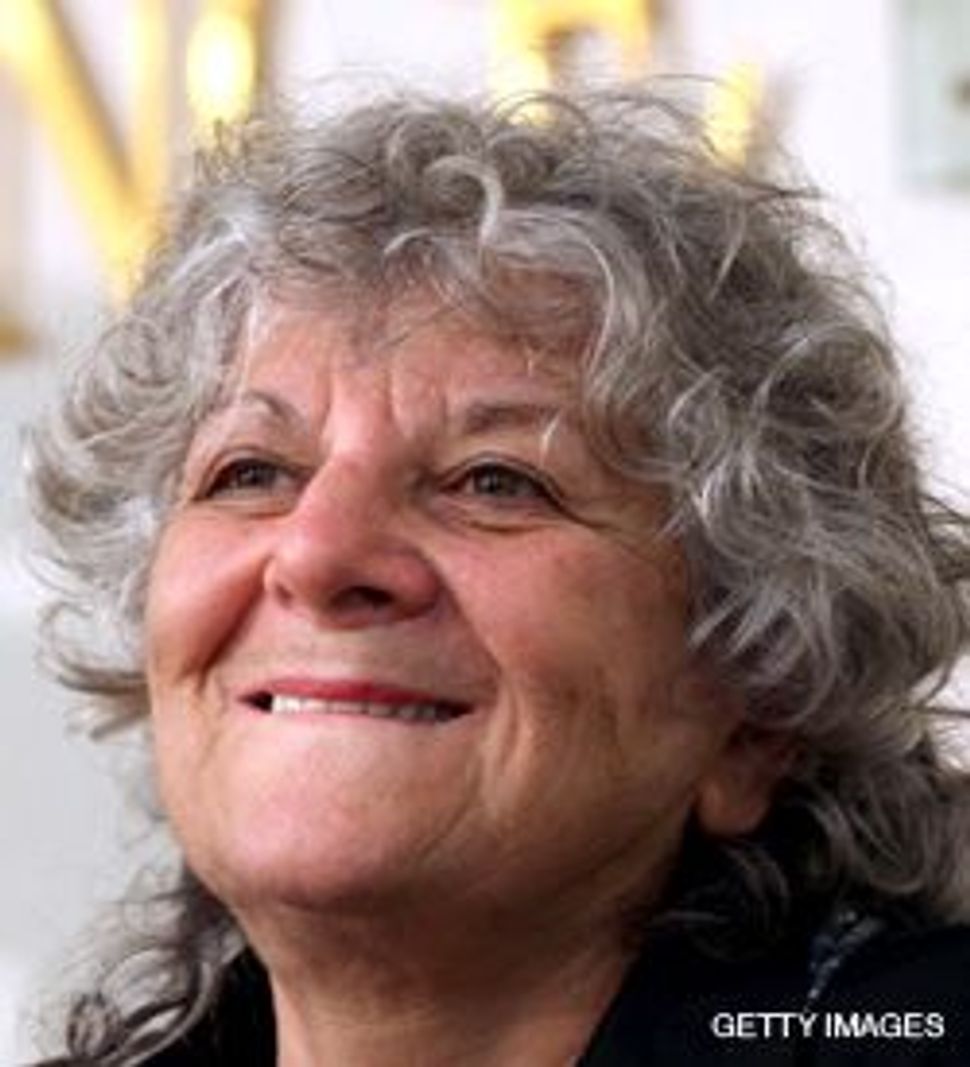 When Professor Ada Yonath, the bubbly, animated scientist with Einstein-like hair as well as intelligence, received the phone call several days ago informing her that was shortlisted for the Nobel Prize in Chemistry, she thought someone was playing a joke on her.

“I said, ‘Yeah, right, so should I make an appointment for the hairdresser now?’” she recalled at the press conference this week. “As you can all see, I did not make that appointment,” she laughed, with a wonderful gleam in her eye.

Yonath’s prize for discoveries about ribosomes is cause for celebration, especially for Jewish women. It gives her a place not just in the annals of human history, but also in the hearts and diaries of countless girls.

I can just picture all those science-loving girls. They are the ones who, like Yonath, prefer to be in a lab rather than at the hairdresser, who may be quiet in class or walk with their noses in a book, who are perhaps irreverent and independent-minded, girls who love a good experiment and would rather read science fiction than go to the mall, girls whose idea of a perfect birthday gift is a microscope or telescope rather than a Barbie, girls who wonder why they don’t fit in.

It’s tough being a gifted girl. They are often ignored or deemed iconoclastic. But today, thanks to Yonath, these girls and women are beaming, glowing with pride and creativity, their spirits bursting with the knowledge that “if she can do it, so can I.” Yes, a woman can succeed in science, wild hair and all.

We’re all proud of the some 165 Jews who have won Nobel Prizes.

Yet we seldom note that just eight of them, including Yonath, are women: Gertrude Elion, Gerty Theresa Cori, Rita Levi-Montalcini, Nadine Gordimer, Nelly Leonie Sachs, Lise Meitner and Rosalyn Yalow, according to The Shalvi Jewish Women’s Encyclopedia at the Jewish Women’s Archive.

It’s not that women are not as capable as men in science, as Larry Summers notoriously suggested, but rather that they are so seldom seen, appreciated and rewarded.

According to Sharon Bertsch McGrayne, in “Nobel Prize Women in Science,” only three percent of all Nobel Prize scientists are women, and they virtually all had a very rough time of it:

They worked in universities for decades without pay as volunteers – in the United States as late as the 1970s…. No sooner did these women overcome one barrier than another cropped up. Pioneers like the mathematician Emmy Noether were not only legally barred from universities; they were also excluded from the academic high schools that prepared men for university educations…

The father of physicist Lise Meitner refused to hire a tutor until she had completed teachers’ training school. The dictatorial father of Rita Levi-Montalcini prevented her from obtaining an academic education until she was twenty years old….Both Meitner and Levi-Montalicini started their scientific careers a decade behind their male counterparts. Once in universities, women like Marie Curie, Emmy Noether, and Meitner worked for years without salaries or positions.

She also writes, “If a woman formed a long-term scientific partnership with a man, the scientific community assumed that he was the brains of the team and she was the brawn.”

Girls and women are often socialized to accommodate to others—to fit in. This runs counter to the gifted individual’s drive to create, innovate, and look beyond the ordinary. These girls and young women may have been encouraged to hide their talents to avoid provoking envy. Or they may be so bored in school they withdraw into themselves. One might expect that this would not be the case now that women have more choices in career and lifestyle. However, adolescent girls and young women are still conflicted about whether it is acceptable to stand out from the crowd.

All of this makes Yonath’s accomplishment even more meaningful and worth highlighting.

Her achievement sends a wonderful message to girls: Don’t give up. Be who you are, and you will be a true gift to the world.