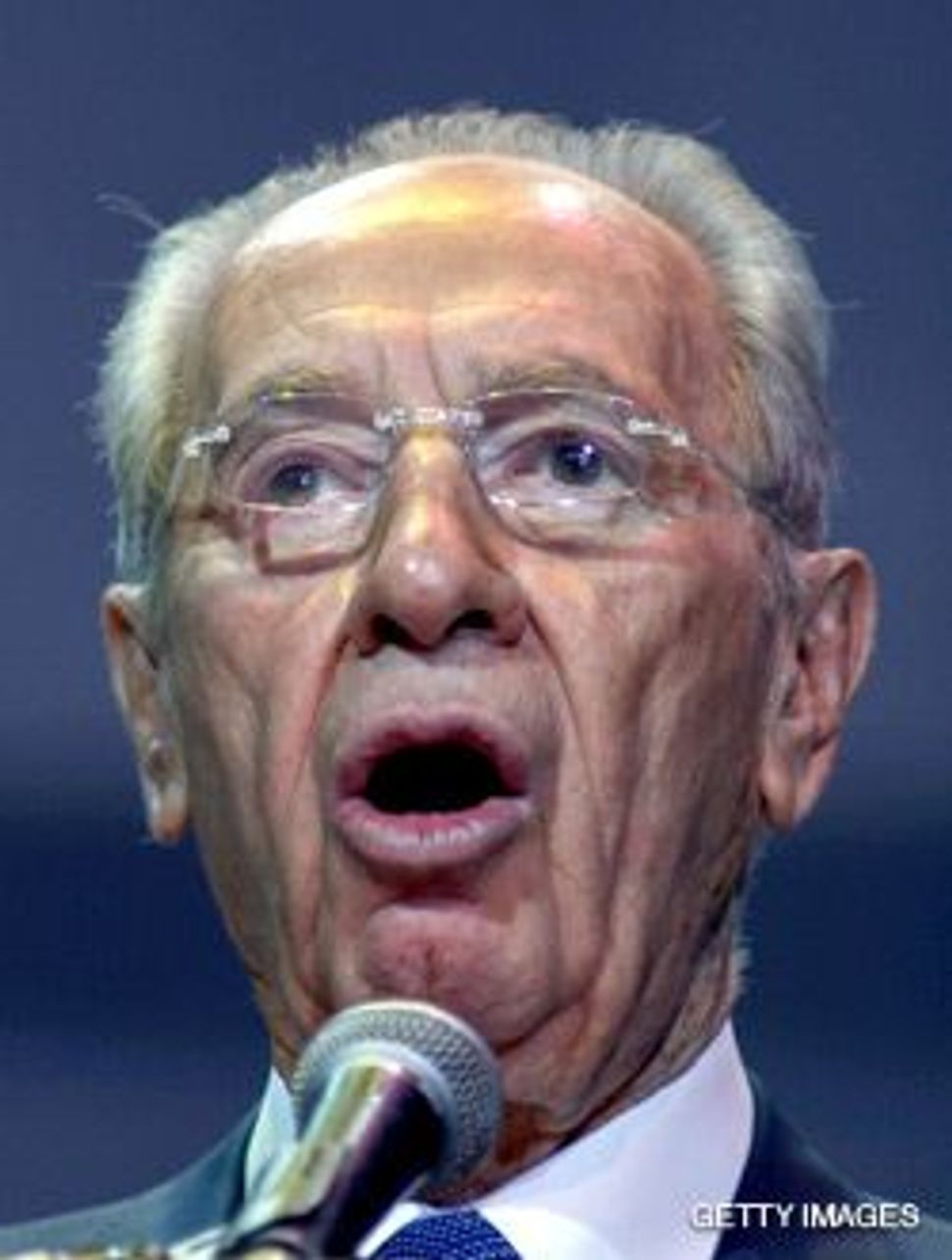 Jerusalem is buzzing with international visitors here for the second annual Israeli Presidential Conference, which began yesterday and finishes up today.

Israel’s President Shimon Peres has long been an enthusiast for the idea that Israel should be a meeting place for Jewish minds and that the Israel’s leaders should take time out of all the other challenges they face to facilitate this. The conference, his initiative, is intended as the embodiment of that principle and has drawn a crowd of 3,000 participants, many of them community leaders, politicians and academics.

Topics range from the global economic crisis to challenges in the world of art and science. The list of speakers is impressive. In addition to many of Israel’s leading public figures and thinkers it includes Quartet representative and former British Prime Minister Tony Blair, U.S. Ambassador to the United Nations Susan Rice, China’s minister of information Chen Wang, Skype’s president Josh Silverman, and Wikipedia’s founder Jimmy Wales. However, the conference seems to have set itself too high a bar last year, leading some, including Haaretz, to claim that this year’s guests are small fry in comparison.

American President Barack Obama sent a video message, complimentary of Peres, which kicked off proceedings. Then came speeches of hope by various Israeli figures, including Prime Minister Benjamin Netanyahu. “Over the last 61 years, we in Israel are making the impossible possible,” he declared, referring to peace agreements with Egypt and Jordan, and moving on to his desire to do the same with the Palestinians.

However, Netanyahu said that strong leadership is needed on the Palestinian side, and called on Palestinian Authority President Mahmoud Abbas “to lead his people towards peace and tell them that it’s time to end the conflict once and for all; and it’s about time that both nations will live with security and peace side by side.”

As the day progressed, there were dozens of different topics under discussion. A big star was Weizmann Institute researcher Ada Yonath, hardly known outside academic circles a few weeks ago. Since she won her Nobel Prize for chemistry, she has become something of a heroine. Her newfound fame gave her a platform to raise the often-sidelined issue of “brain drain” from Israeli academia.

Citing the same reasons that were discussed in this Forward article, Yonath said that Israeli scientists are disgruntled and leaving in large numbers. She declared: “It’s time to bring back the human capital that we have spread throughout the world.”

She went on to say that funding for higher education in Israel is so low that it is “reaching danger point.”