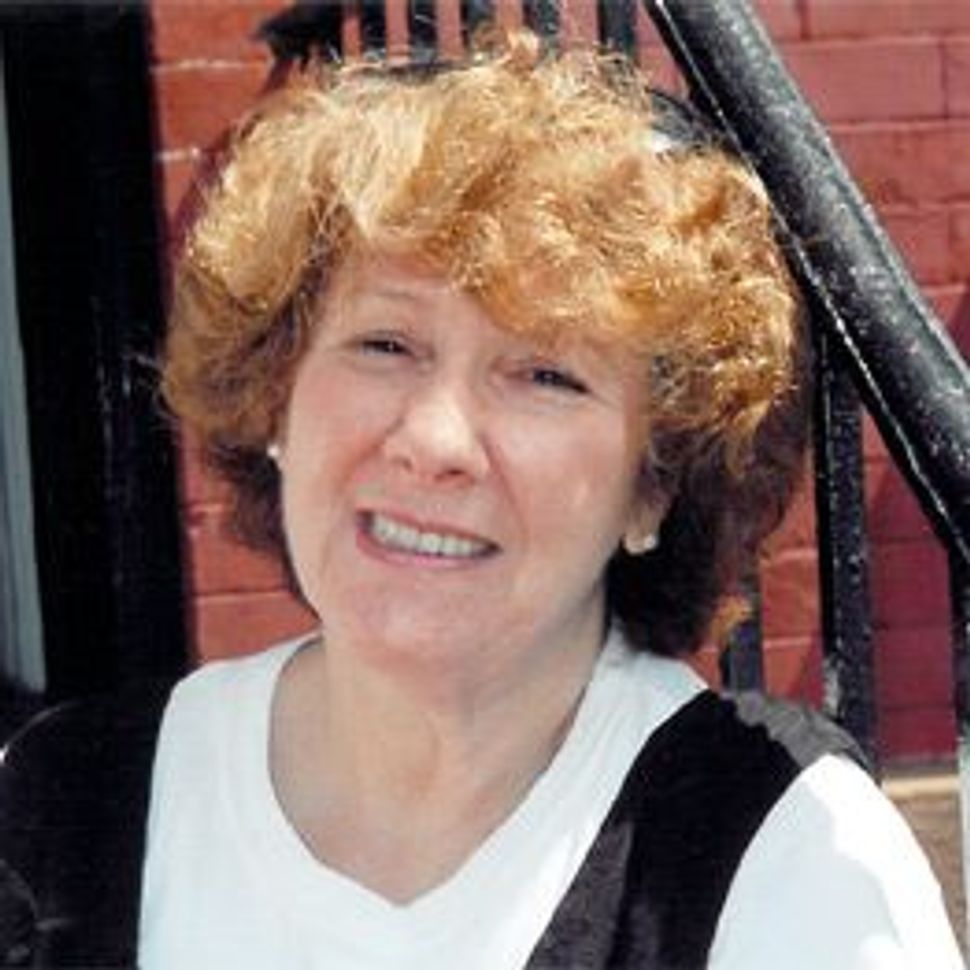 It is my mother’s 8th yartzheit.

Eight years have passed since she left this world. Eight years which have been a lifetime to my children, who have grown from infant into child, toddler into tween, and young child into young man.

I miss my mother so deeply.

Saying her name somehow keeps her alive in this world and so I say it, as often as I can. Jacqueline Ruth Nussbaum.

My mother was a remarkable woman, in the most ordinary and important ways. She was smart, though never a candidate for a MacArthur “Genius” Award. She was inclined toward the literary, though not a scholar. She played classical piano though never performed publicly. She worked hard, enjoyed the arts, challenged herself to grow, volunteered when she could and enjoyed her friends, good brewed coffee, and her family. Her delight in her grandchildren was endless.

My mom was funny and warm and loving. But it wasn’t always that way.

When I was a child, she was often depressed and angry. Later, after I came home from boarding school, then time in Israel and away at college, and my parents had been divorced, she changed. And she changed in the most profound possible ways. She made amends with me and became available, truly available, as a source of loving support. It was her modeling this transformation which showed me that people – even I – can change.

Though I lived in New York and she was in Philadelphia, we spoke often and long. My husband would come into the room asking if I knew how long I’d been on the phone. I’d say 20 minutes but it was invariably 90. Time flew on stealthy wings as we talked about every development in the kids’ lives, who was wearing what at the Oscars, and what interesting word we’d seen mis-used somewhere.

My mom told me often how proud she was of me, in the process teaching me that a child, even an adult child, can never hear that too often from her parent. She would send me my own articles clipped from publications I might not have seen, as well as other articles of interest, with short exclamatory comments written in her beautiful cursive hand.

Not that things between us were perfect. We irritated each other fairly easily, perhaps because we were alike in so many ways. But we also understood each others’ subtexts and allusions, the verbal shorthand that grows out of a simpatico relationship. I miss that.

Yet her presence is somehow still real. It’s not that I hear her voice in my head, exactly. Rather it’s a diffuse but constant sense of connection – one that has, much to my surprise, outlived her time in this world.

Long before she was diagnosed with brain cancer, I struggled to feel comfortable being called “mom.” It just didn’t feel like it fit. One of my kids would call for me and I’d have to stifle the slight impulse to look over my shoulder and see who was really being addressed.

When my mom died, that feeling stopped. I am at the front of the matriarchal line now. I am the mother, and it became time to feel comfortable wearing that mantle (even if I haven’t had time to take it to the dry cleaners).

Because whether we want it to be true or not, we mothers are the centers of our family’s universe. We are the sun exerting a gravitational pull on the family constellation as a whole, and on each child individually.

It took me a long time to accept this reality, and I’m still learning. Awhile back Boychik seemed oversensitive to every expression that played across my face – until I thought about how, until she became ill, I was sensitive to every subtlety of my mother’s expression. And I realized that it is just part of the mother-child relationship.

A mother’s – my mother’s – influence has a powerful force, an ineluctable pull on her children. And it lasts even beyond our time on this planet. My mom taught me what a wonderful bond it can be.

Debra Nussbaum Cohen is a Contributing Editor to The Forward and author of “Celebrating Your New Jewish Daughter: Creating Jewish Ways to Welcome Baby Girls into the Covenant” (Jewish Lights), which is dedicated to her mother. She can be reached at: DNussbaumC@Forward.com