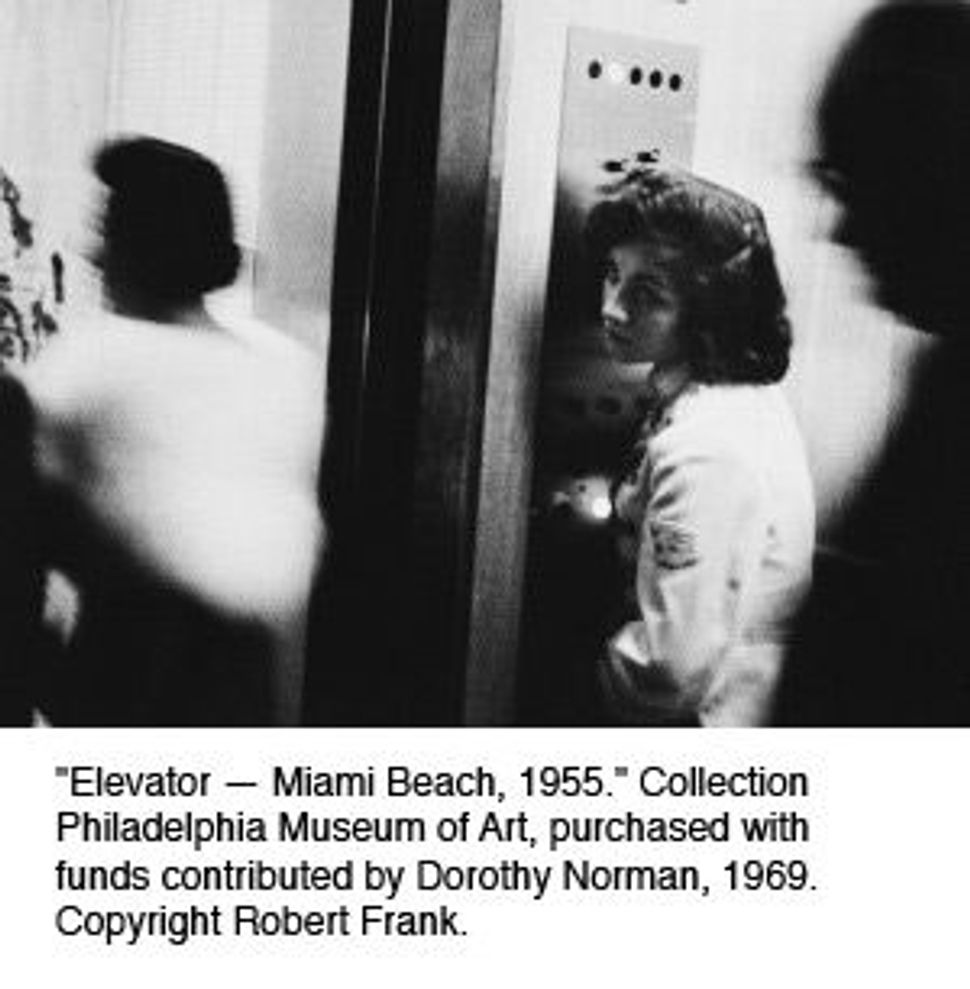 Robert Frank’s 83 photographs in his 1957 book “The Americans” were seminal and provoked SF MoMA to hang the book, 50 years later, as an exhibition. An exhibition that we discussed here.

A crucial image in knowing “What was really going on with Americans” was “Elevator — Miami Beach, 1955.” It featured the elevator girl that prompted Jack Kerouac, in the introduction, to write “To Robert Frank I now give this message: You got eyes. And I say: That little ole lonely elevator girl looking up sighing in an elevator full of blurred demons, what’s her name & address?”

Now we know, at least her name, Sharon Goldstein aged 15 (now Sharon Collins). She was the elevator girl at Miami’s Sherry Frontenac Hotel. Picturesoup has the story, but not the Jewish story — inquiring tribe minds demand to know more about Goldstein, how she was snapped by landsman Frank, how she came to move to San Francisco and can she tell us what she was thinking about in the picture?