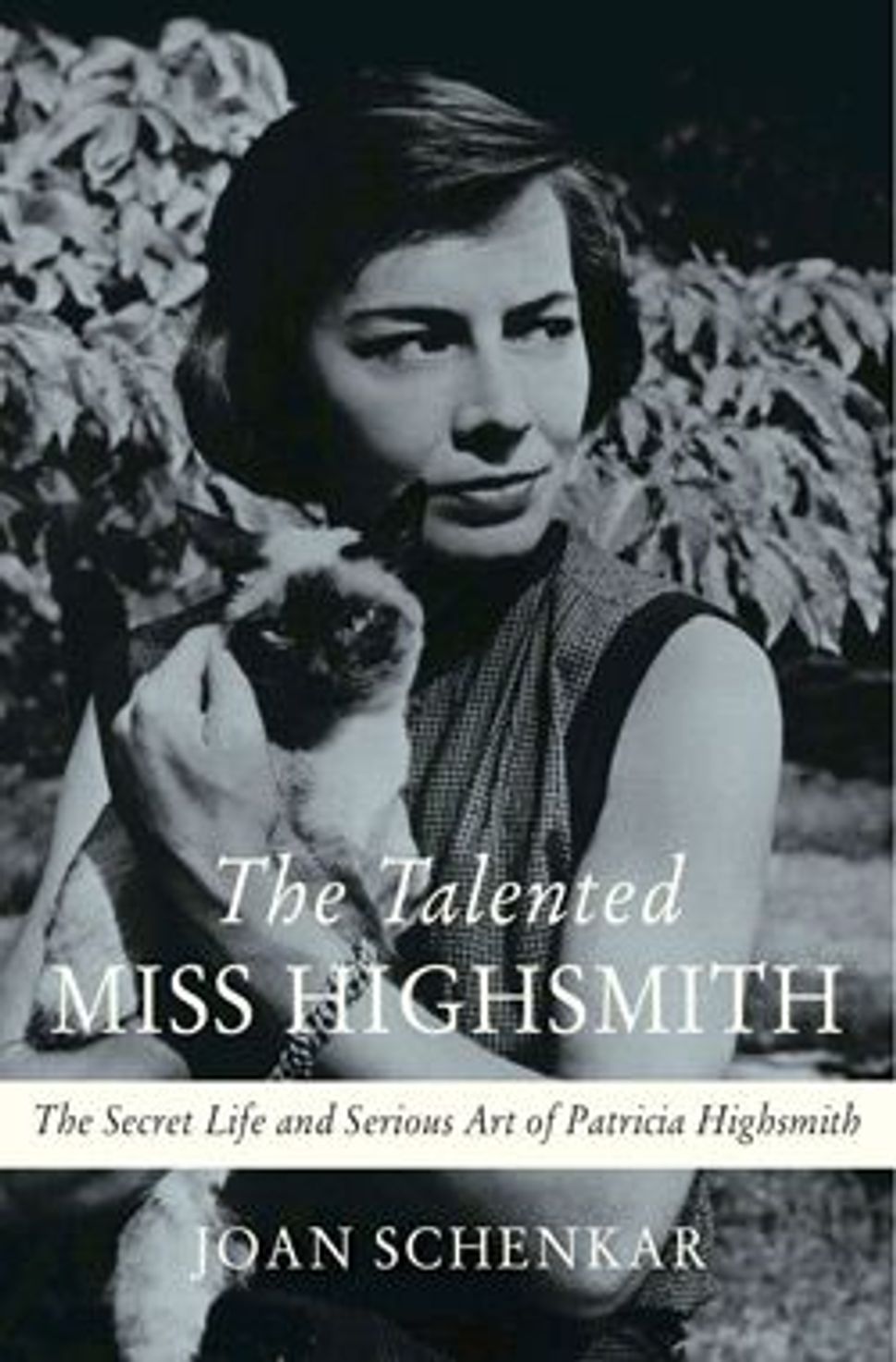 Texas-born Patricia Highsmith has long attracted readers with her cunning grasp of criminal psychology in such suspenseful novels as “Strangers on a Train” (1950) and a series starring the villainous Tom Ripley, now perhaps best known for the Anthony Minghella film “The Talented Mr Ripley” with Matt Damon as the title Tom. But the full extent of Highsmith’s own iniquity is now revealed in “The Talented Miss Highsmith: The Secret Life and Serious Art of Patricia Highsmith,” a new biography by Joan Schenkar out December 8 from St. Martin’s Press.

“The Talented Miss Highsmith” focuses on unpublished material which reveals the novelist in later years to have been a raving “Jew-hater,” as Schenkar puts it, who talked for years about leaving her considerable fortune to the Intifada and concocted a 1988 radio script for broadcast in Germany about Yitzhak Shamir that Schenkar describes as an:

irrational work, poisoned by ethnic prejudices. It reads like a lost chapter from that toxic anthology of antisemitic canards, ‘The Protocols of the Elders of Zion.’

Highsmith wildly claimed that the novelist Amos Oz would “soon be murdered by Shamir’s government.” German media personalities rejected her text as something “so ghastly that it could be a Nazi text.” Previous books on Highsmith, like the highly readable “Beautiful Shadow: A Life of Patricia Highsmith” by Andrew Wilson from Bloomsbury USA (2004) do not hide the writer’s eccentricity, including her habit of traveling around Europe by train while concealing a half-dozen pet snails in her bra to deceive customs inspectors. Only Schenkar though, fully delves into Highsmith’s mania on the subjects of Jews and Israel. When American publisher Otto Penzler printed her 1983 novel “People Who Knock on the Door” he deleted the book’s dedication “To the Intifada” with the permission of her main Swiss publisher, Diogenes, angering Highsmith, who accused him of being a Jew, despite his Protestant roots.

Schenkar’s well-researched work cites many such incidents, adding up to a devastating portrait of an ugly, twisted soul from which emerged all those fascinating, entertaining and thankfully fictional murders.

Watch a 1982 British TV interview with Melvyn Bragg of The South Bank Show, in which Patricia Highsmith dismisses any notion of the “sanctity of human life” as a mere “mental attitude.”