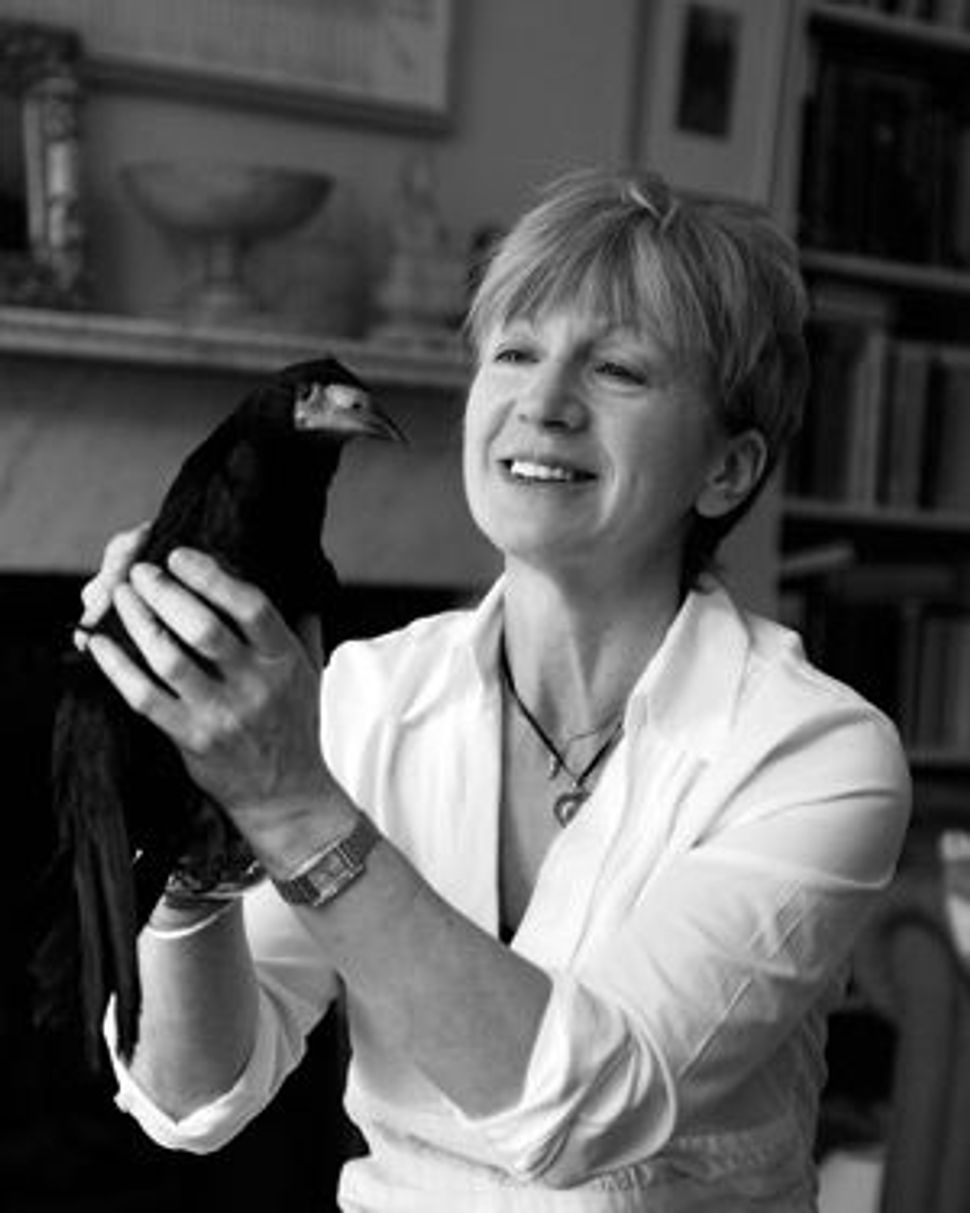 Admirers of Israeli novelist Meir Shalev’s “A Pigeon and a Boy,” a tragic romance of two pigeon handlers, will recall the human drama inherent in birds. Even so, the degree to which the Glasgow-born Jewish writer Esther Woolfson is devoted to Corvidae, the bird family which includes crows, ravens, rooks, et al. may surprise some readers.

The author of “Corvus: a Life with Birds,” published in spring 2009 by Counterpoint, with a paperback edition forthcoming at the end of March, Woolfson was raised in an observant family. After Israel’s Six-Day War, Woolfson chose to study Chinese at the Hebrew University. After she returned to Scotland, several years ago, her family rescued a fledgling rook, whom they named Chicken and accepted as part of the mishpokhe:

On Friday evenings, she recognizes… the sound of Kiddush, the lighting of candles, the recitation of blessings (my one enduring nod towards the life spiritual)… and will express eager, vocal anticipation of the coming of Shabbat… or the cutting of the challah… Such frummers! Who’d have imagined!

Doves, a crow, a magpie, etc. were soon added. Woolfson’s musings in “Corvus,” reveal a strong, highly intelligent personality as found in nature writers like Gavin Maxwell, with willfulness triumphing over mere eccentricity. Woolfson notes that in the Book of Genesis, the “creation of birds preceded the creation of beasts.” Recognizing the various calls of her pet rook is made easier, explains Woolfson, by her experience as a teenager working at an Israeli kibbutz nursery, where a stern nanny-in-chief taught her how to interpret the cries of babies. As a Jew, she identifies with birds, deciding that Stalin’s term for Jews: “rootless cosmopolitans,” turns out to be a “pleasing enough designation, one that might have done for either of us, human or bird…because all of our lives are fissile, brittle, subject to contention and to storm.”

Woolfson’s new project is reportedly to teach her birds, already accustomed to hearing Chinese and Hebrew, the rudiments of Yiddish.

Watch Woolfson and her beloved birds at home filmed by BBC Scotland.

Corvus by Esther Woolfson – Clip 1 from Granta Books on Vimeo.

Corvus by Esther Woolfson – Clip 2 from Granta Books on Vimeo.