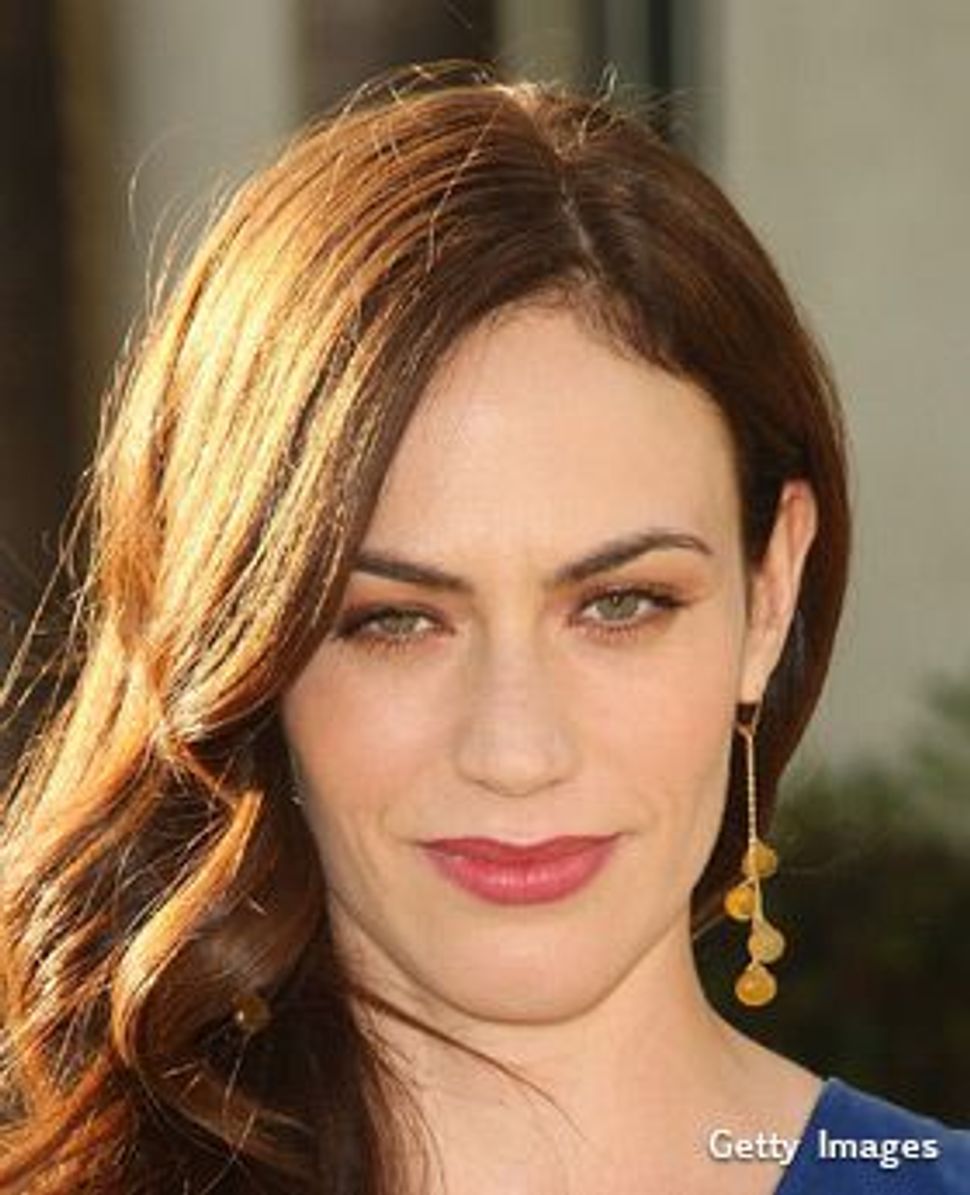 This summer, I wrote for the Sisterhood about how much I loved the character Rachel Menken on “Mad Men,” a strong-willed Jewish woman who may or may not have been anti-hero Don Draper’s soulmate. Even though she vanished after the second season, she remains on the minds of many viewers as the woman who may have had the best chemistry with Don.

It turns out that Maggie Siff, the actress who plays Menken, is herself a strong, intelligent Jewish woman — and a smart one at that (she was an English-lit major at Bryn Mawr). And there’s a reason she’s attracted to parts like Rachel’s, as she told New York Magazine’s Vulture blog when asked about her yen for playing self-confident women.

I mean, I love those roles. I don’t think it’s a coincidence. I think we find things and things find us that are sort of meant to. And I tend to find myself in those parts.”

When talking to Time Out New York, she also gave me another reason to love her, as she pointed out the problematic misogny in a lot of writing by men, and far more succinctly summed up my own critique of David Mamet’s “Oleanna.”

I was so impressed with those interviews that I snapped up tickets to the last weekend of “Or” at the Women’s Project’s Julia Miles Theater. It’s a modern riff on a Restoration comedy, starring Siff as literary foremother Aphra Behn, one of the first women to make money as a writer. The racy, witty play showcased Siff’s talent again allowing her to play a brilliant, beautiful woman who is in control of her career and her sexuality — this time, with more of a comic spin. I’m going to keep following Siff’s career to help discovr more fictional feminist role-models to kvell over.