Only in New York: Hanukkah Subway Attack Was a Multi-Ethnic Mash-up 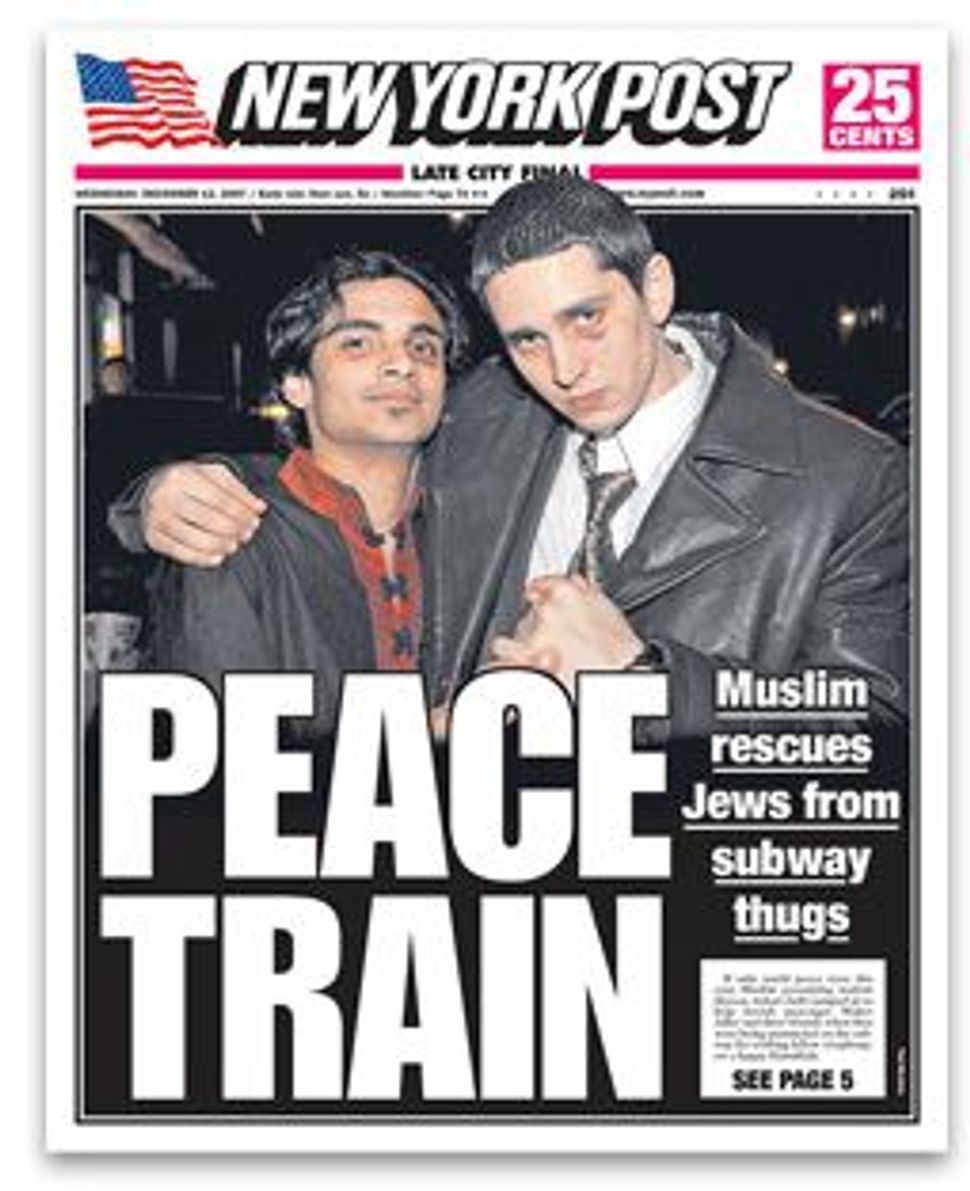 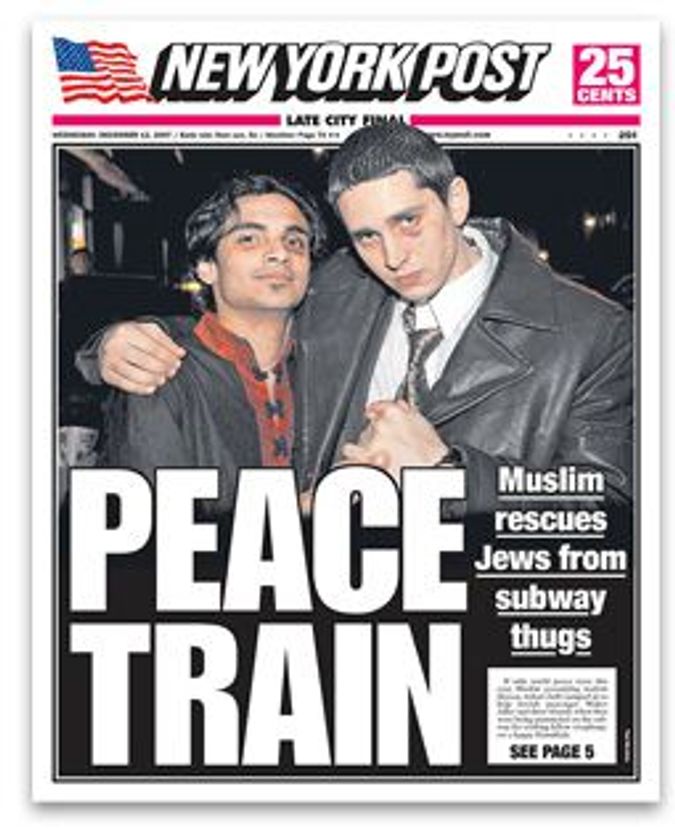 I never thought that there would be a Hanukkah-related brawl on my favorite subway line — let alone one that would dominate the front pages of New York’s tabloids.

As the alleged victims of the attack tell the story to the Daily News, the four of them boarded a Brooklyn-bound Q-train after celebrating Hanukkah at a bar in Manhattan. They were carrying a menorah and dreidels. A larger group of young straphangers shouted “Merry Christmas” at them, to which 21-year-old Angelica Krischanvich responded, “Happy Hanukkah.”

Next, Krischanvich told the News, “[One woman said,] ‘You can’t say that, we are Catholic.’” Krischanvich continued: “That’s when two guys stood up and showed us their Jesus tattoos. They started yelling at us and telling us we have no savior.”

“I started to yell back when one of them spat in my face. I didn’t let it bother me, and I told him, ‘Jesus turned the other cheek,’ and that is when the fight started.”

“They said, ‘You dirty Jews, you killed Jesus on Chanukah, you should all die,’” Baruch College student Maria Parsheva told the News. She said a member of the other group pulled a knife and waved it close to her face.

The News reports that three of Hanukkah revelers suffered bruises and cuts in the fracas.

The Daily News reports that police wound up arresting 10 members of the larger group, charging them with various offenses, including assault, menacing and inciting a riot. The police are reportedly still investigating whether the incident was a hate crime.

The hero of the episode is a Bangladeshi Muslim, 20-year-old Hassan Askari — who intervened to protect the Hanukkah revelers and wound up getting attacked himself. The tabs have had a field day with this fact: The Post’s cover today featured a photo of Askari hugging Parsheva’s 23-year-old boyfriend, Walter Adler — both sporting black eyes. The headline: “Peace Train: Muslim rescues Jews from subway thugs.”

Meanwhile, the four Hanukkah revelers, described in many press reports as a group of “four Jews,” are actually a more diverse bunch: Krischanvich, according to the Daily News, is not Jewish. (Two of the others are described as “half-Jewish.”)

And one of those arrested, 19-year-old Joseph Jirovec, insists the clash was not motivated by antisemitism. His proof? He says that his mother is Jewish and that two of those arrested with him were Jewish as well.

It wouldn’t be the first time that Jirovec has been involved in a racially charged incident. He is already headed to jail for a 2006 attack on four black youths. In that incident, too, Jirovec had a ready retort to allegations of bias: He explained that many of his friends are black and that he’s a member of the heavily minority Bloods street gang.

Only in New York: Hanukkah Subway Attack Was a Multi-Ethnic Mash-up