Parlaying the Power of Pretty 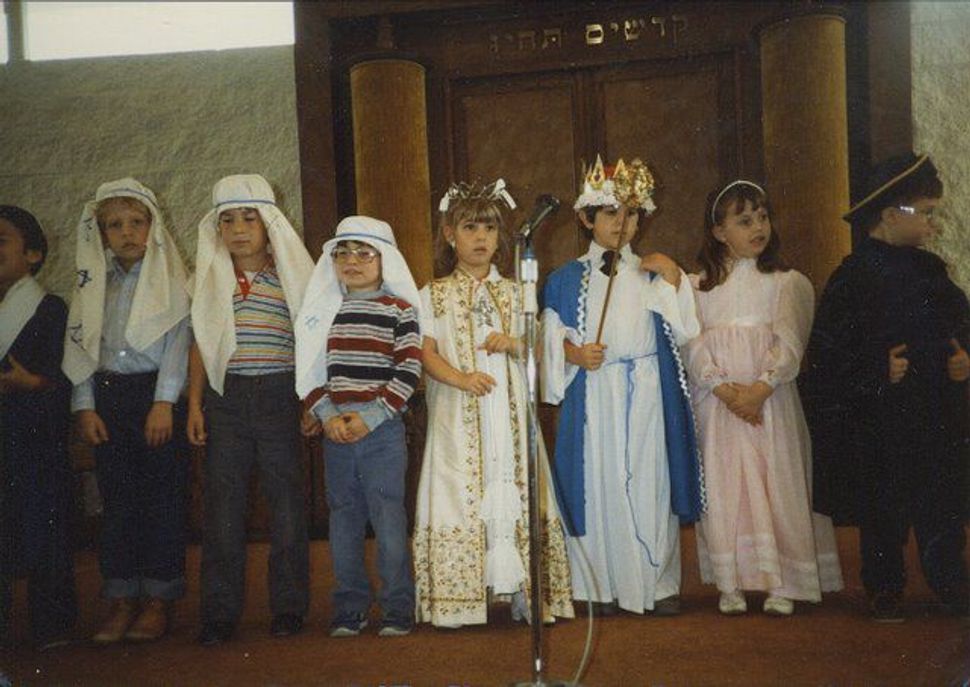 The author as Queen Esther, second from left. (Click to enlarge)

When I was in kindergarten I played Queen Esther in our synagogue’s Purim spiel. I remember feeling pretty good about playing the lead, and energized that the role called for playing a heroine and putting on a frilly pink dress.

I thought about this Saturday during a discussion at my synagogue about gender and power in the book of Esther. We looked at the way Esther derives her power from her beauty — and questioned whether she really was powerful at all.

Purim is being increasingly interpreted as a feminist holiday, from the re-reading of the non-Jewish Queen Vashti as a defiant hero, to the all-female megillah readings growing in observant communities. Fellow Sisterhood contributor Elana Sztokman wrote about how Queen Esther is interpreted as an agunah, or a woman stuck in an unwanted marriage, in this recent post. 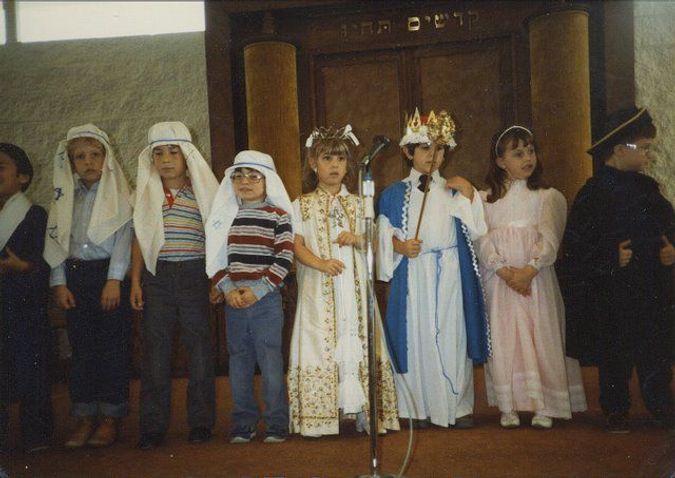 The author as Queen Esther, second from left. (Click to enlarge)

The synagogue discussion centered upon a number of questions about the power of Esther’s beauty: Was she just a pretty puppet guided by Mordecai — or even by God? Was she on to the power that beauty has over men, and cleverly used her physical charms to get what she wanted from King Ahasuerus? (Similar questions can be asked of today’s “dumb” blonds like Jessica Simpson or Paris Hilton, both who have parlayed a flirty naiveté into mini empires.)

Revealing the Rorschach test quality of Torah stories, some people in the discussion were pretty stuck on the idea that Esther was just “really hot,” and therefore did not need to do much else. (The Talmudic commentary we read said pretty much the same thing.) Others believed that Esther used her beauty strategically, and therefore should be credited with saving the day.

For me, I was reminded of a common trope in Brazilian cinema and literature, which I studied in graduate school: While men often escape the shantytowns through some special talent, women’s ticket out is almost always good looks. Pretty as power is a rather timeless, and fascinating, theme.

Ultimately, it is impossible to know from the text how empowered Esther felt at the time. Though, as the rabbi pointed out, the story’s happily-ever-after mentions nothing of its female protagonist:

And the King Ahasuerus laid a tribute upon the land, and upon the isles of the sea. And all the acts of his power and of his might, and the full account of the greatness of Mordecai, how the king advanced him, are they not written in the Book of the Chronicles of the kings of Media and Persia? For Mordecai the Jew was next unto King Ahasuerus, and great among the Jews, and accepted of the multitude of his brethren; seeking the good of his people and speaking peace to all his seed.

Parlaying the Power of Pretty