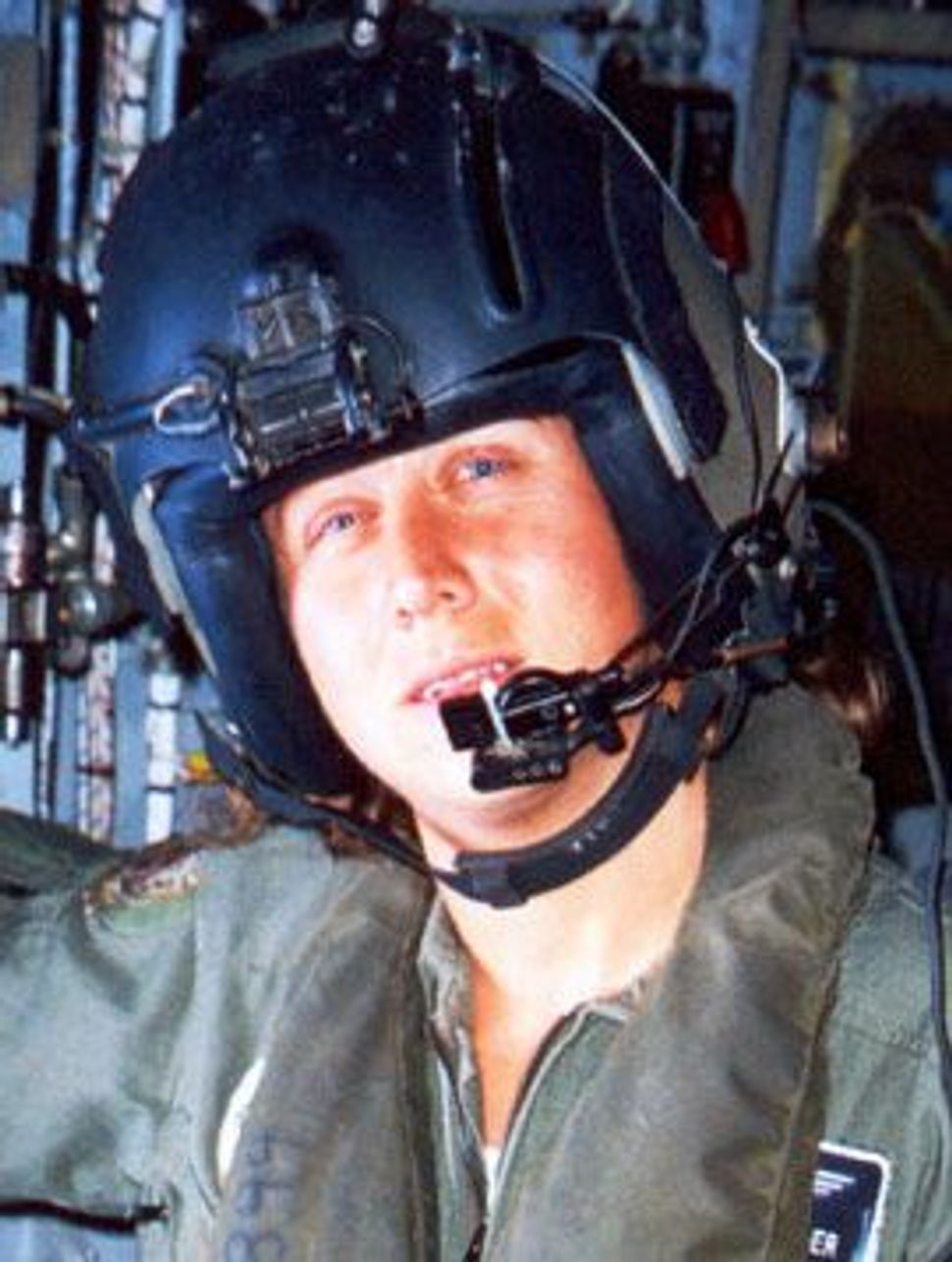 The somber atmosphere of Israel’s Memorial Day (Yom HaZikaron) permeates Israel today. The entire country stops to memorialize and listen to the stories of soldiers who lost their lives in Israel’s wars, both to honor and celebrate their lives and their contributions, and to embrace their families who must live with the pain of their loss.

In these stories, women are cast in the roles of widow, bereaved mother, sister or daughter. But the story of 26-year-old Sergeant First Class Keren Tendler is different. Tendler, who fell in the Second Lebanon War in 2006, became the first female Israeli soldier to lose her life in active army service since the 1973 Yom Kippur War. She and the other four members of her helicopter’s crew died when their plane was shot down by a Hezbollah rocket.

Tendler was a trailblazer. After completing the Air Force mechanics course, she became the first woman to qualify to serve as a on-flight mechanic on a Sikorsky helicopter — an aircraft tasked with the rescue and evacuation of soldiers. Active combat roles were only made available to women after the landmark Alice Miller court decision In an interview with the Israeli Air Force magazine during her service, Tendler said, “I see myself as a combat soldier just like the others. My aim is to show other girls that they can do this job, too.”

Tendler’s teachers recall that her blue eyes, curls and slender figure belied the fact that she was tough, intelligent, and technically gifted. “She not only aspired to be as good as the boys and to be better than them. She was very competitive, and very serious about her studies,” Dr. Josef Grunfeld, the director of Tendler’s alma mater, ORT Technological High School and College in Rehovot, told The Sisterhood.

Nissim Hillel, her mechanics teacher in both high school and in college, noted that while it was rare for girls to pursue mechanical studies when she took up the challenge, today many girls study mechanics preparing to pursue hi-tech careers. “Keren was very ambitious, on one hand quiet and charming, and yet very aggressive in her studies,” Hillel said. “She stood out in her analyses and the way she discussed the material. She demanded a great deal from herself — she was a strong person. She very much wanted to be the Air Force from a young age — she had a direction, and she succeeded.”

After completing her required military service, she studied law, volunteered as a mentor to women who aspired to become flight mechanics as she had, and continued to complete her tours of duty in the Air Force Reserves. In July 2006, Tendler was called to active duty as a flight mechanic on Israeli helicopters engaging in active combat against Hezbollah positions in Lebanon. On a Saturday morning in August, her helicopter was shot down over enemy territory.

To memorialize Tendler and her accomplishments, ORT America established the Tendler Scholarship Fund, intended to encourage women to study flight mechanics. ORT also built Keren Tendler Memorial Garden in Rehovot, located opposite the military cemetery, the resting place of the young woman who left her mark on the Israeli Air Force, as evidence by the eulogy she was given by Brigadier-General Amir Eshel, the Israeli Air Force Chief of Staff.

Surrounded by male combatants, by complex giant machines, by air and ground forces, day and night in difficult weather: in the blazing heat and in the freezing cold, on snowy mountains, at sea and in the desert, in a hostile land and at home. You knew your mission and were determined to accomplish it.

You have left your mark, you have set new standards, you taught us that the small body with a helmet and a pony tail was really a giant whose presence was a privilege to us all. May your memory be blessed.