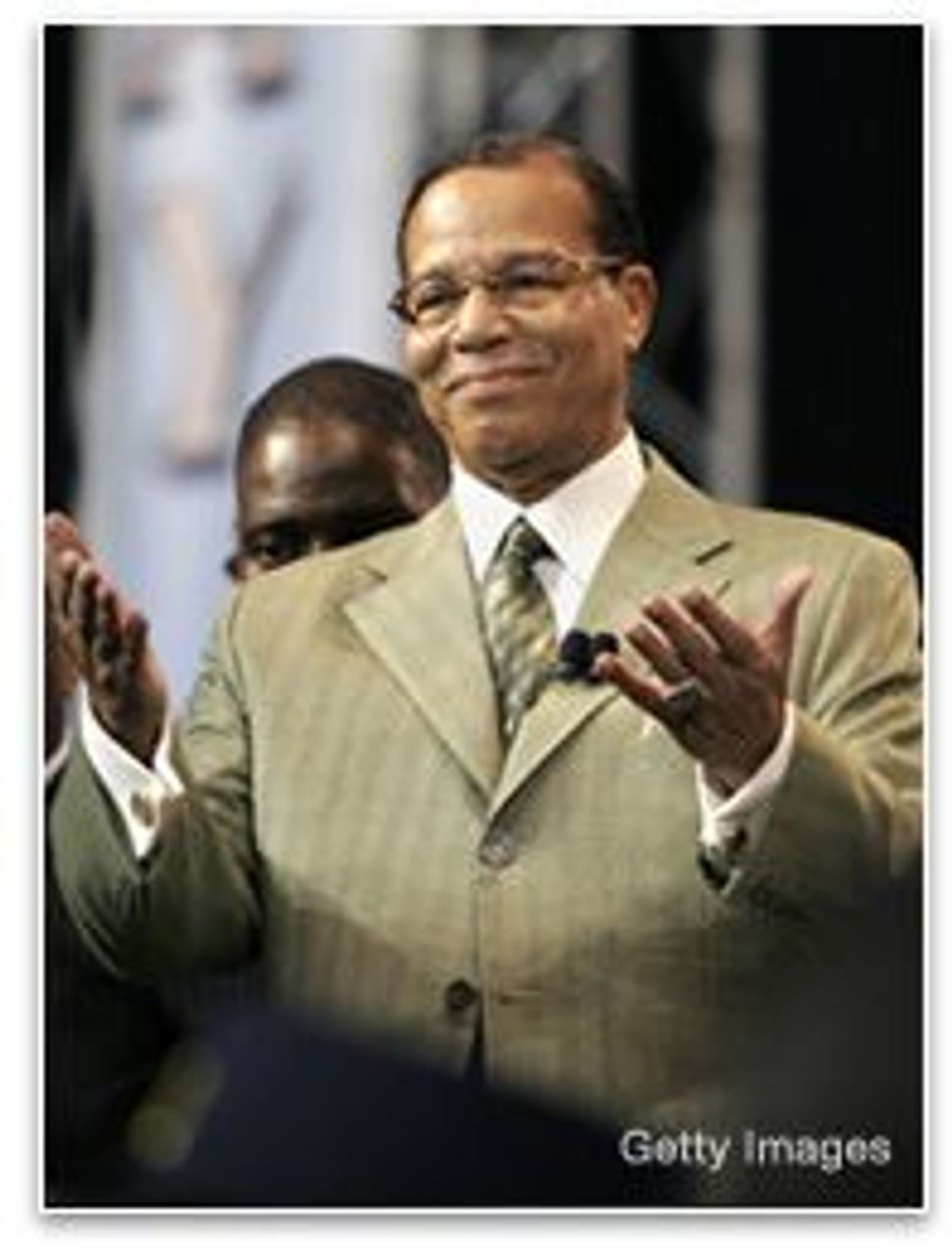 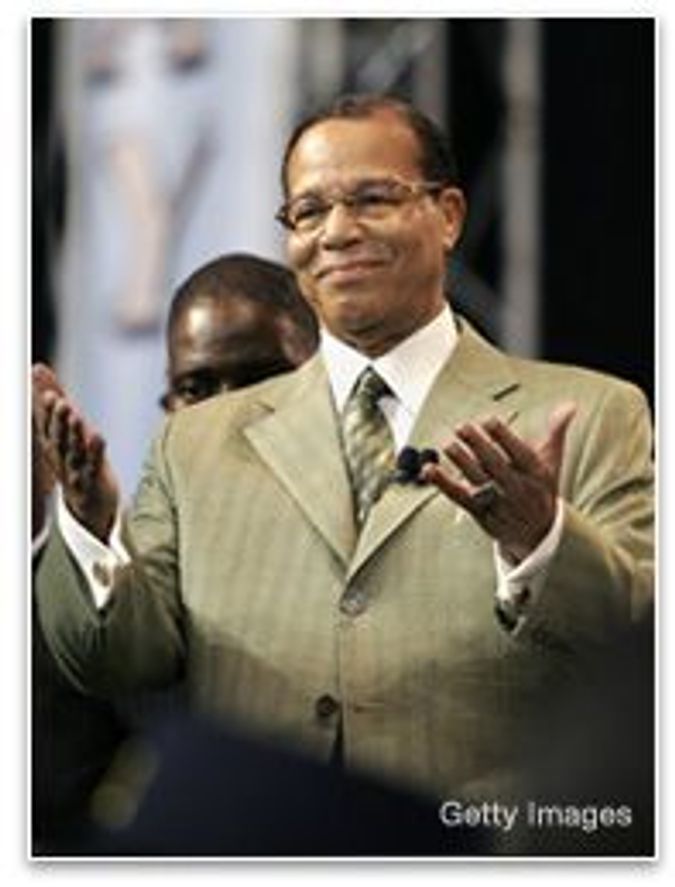 In an essay for The Root — the excellent new African-American-oriented Web magazine published by The Washington Post and Newsweek — Marjorie Valbrun asks why black politicians are always being asked to repudiate Louis Farrakhan.

Writing on the heels of Tim Russert’s grilling of Barack Obama, she makes a strong case that the “Farrakhan litmus test” is unfair:

…Yes, his history of anti-Semitism — and make no mistake about it, that’s what it is — is ugly, hateful, and counterproductive. If Farrakhan were a white man who said about black Baptists what he said about Jewish people, many of us would call for his head. But would we ask every prominent white politician to stand up and publicly repudiate and reject him? Recent history indicates we would not. How many white politicians would even feel any compunction to actually do so?

The larger question is why Farrakhan is the litmus test for black politicians’ views on race and not the politicians’ own record of comments, actions and legislative votes? Why is it that only after they repudiate Farrakhan are they then deemed not to be closet black militants? Farrakhan does not have the political influence over black people that some white Americans apparently believe. Nor does Rev. Al Sharpton, or Rev. Jesse Jackson Sr., or any of the other prominent black people that the media treat as proxies for all black people.

Isn’t it time the statute of limitations ran out on Farrakhan? The portion of the black American population who are followers of the Nation of Islam’s brand of Islam is minute. Most blacks in this country could give two hoots what the man says or thinks. They do give him props for pulling off the Million Man March – that’s credit where credit is due. But they are hardly looking to Farrakhan for direction on how to vote.

So, as New York Times columnist Clyde Haberman once asked in a column, “Why do so many people — whites above all — take as a given that any black public figure, including one with a celebrated mouth like Mr. Sharpton, has to answer for Louis Farrakhan?”

Valbrun has a point. A black politician who has nothing to do with Louis Farrakhan shouldn’t be forced to issue denunciations of the Nation of Islam leader at every turn simply because they both have ancestors who hailed from Africa. Indeed, to demand such a denunciation from such an individual even seems a bit racist. One of the reasons that Tim Russert’s questioning of Obama seemed a tad unfair is that the Illinois senator hasn’t had a relationship with Farrakhan.

The one problem with Valbrun’s argument is that many black leaders have, in fact, chosen to associate themselves with Farrakhan (including Obama’s pastor, who has effusively praised the Nation of Islam leader). For instance, back in 1994, the then-head of the Congressional Black Caucus, Kweisi Mfume, even announced a “covenant” with the Nation of Islam leader, before backing away from it after one Farrakhan’s deputies went on an antisemitic tirade that made his boss’s ravings seem sweet by comparison.

So here’s a covenant I’d propose: Black leaders should stop embracing Farrakhan. And whites should not pester black leaders who have nothing to do with Farrakhan to denounce him.