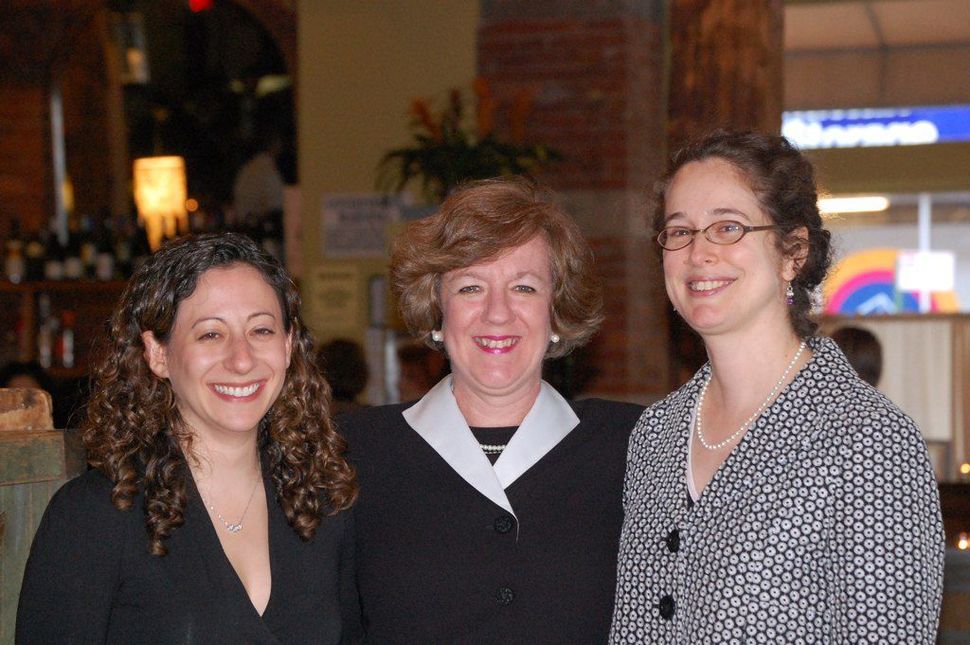 From left, Women of Valor honorees Kolin, Appleman and Springer. Image by Courtesy of JFFJ

• New Israeli census numbers are out, showing that Jewish Israeli women bear fewer children, on average (2.1) than their Muslim (3) Christian (2.2.) and Druze (2.7) counterparts.

• Tamar Caspi writes an open letter “to moms & dads of marriageable-age kids,” arguing, in the Jersualem Post,  that it’s counterproductive for parents to insist that their children date only Jews.

• Tablet remembers Inna Grade, “the widow of the Yiddish writer Chaim Grade and a feared enemy of many within in the Yiddish literary world.”

• To celebrate Shavuot, former Bintel Briefer Hanna Rosin, of DoubleX, and her husband, David Plotz, “rewrite the Book of Ruth, literally,” or so Plotz said on a recent episode of the Slate Political Gabfest — my favorite podcast, aside from our own. While they’re giving their biblical-themed spiel, May 18, at the Historic Sixth & I synagogue in Washington, D.C., Apron Anxiety’s Alyssa Shelasky will be cooking up dairy-infused snacks and pouring “Shavoutinis.

• And mark your calendars for the first birthday of Not Your Bubbe’s Sisterhood on June 9, also at Sixth & I. The group, which sponsors programming, targeted at Jewish women in their 20s and 30s, is celebrating its birthday with a discussion about Jewish women and humor, hosted by Michelle Cove, the editor of 614 magazine, whose most recent issue is devoted to Jewish women in comedy. 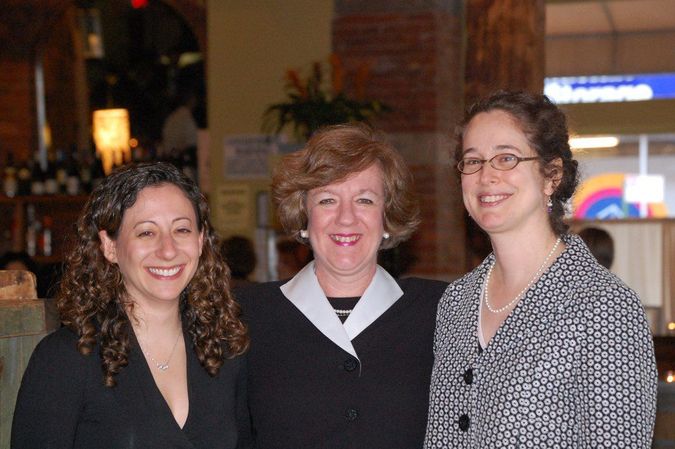 From left, Women of Valor honorees Kolin, Appleman and Springer. Image by Courtesy of JFFJ

• To Jeannie Appleman, and rabbis Stephanie Kolin and Mychal Springer, who were honored at the Jewish Funds for Justice’s recent Women of Valor event. Their efforts have been a driving force behind the cross-demonimational Rabbinic and Cantorial Fellowship for Leadership in Public Life. Since it was launched five years ago, the fellowship has been teaching rabbinic and cantorial students at five seminaries how to use congregation-based community organizing to bring about social change. Program alumni have joined with other faith communities to promote affordable housing options and to to curb irresponsible lending practices, Kolin told the Forward.

• To Jen Taylor Friedman, a pioneering female Torah scribe, for being named one of Women’s eNews’ 21 Leaders for the 21st Century. In this interview, Friedman discusses her first commission, and the challenges she has faced from those who believe that a Torah written by a woman is unfit for ritual use.

• And to Joanna Smith Rakoff for winning the Goldberg Prize for Jewish Fiction by Emerging Writers. Her debut novel, “A Fortunate Age” (Scribner), was published last year.