Are We Confusing Hype With Hiddur? 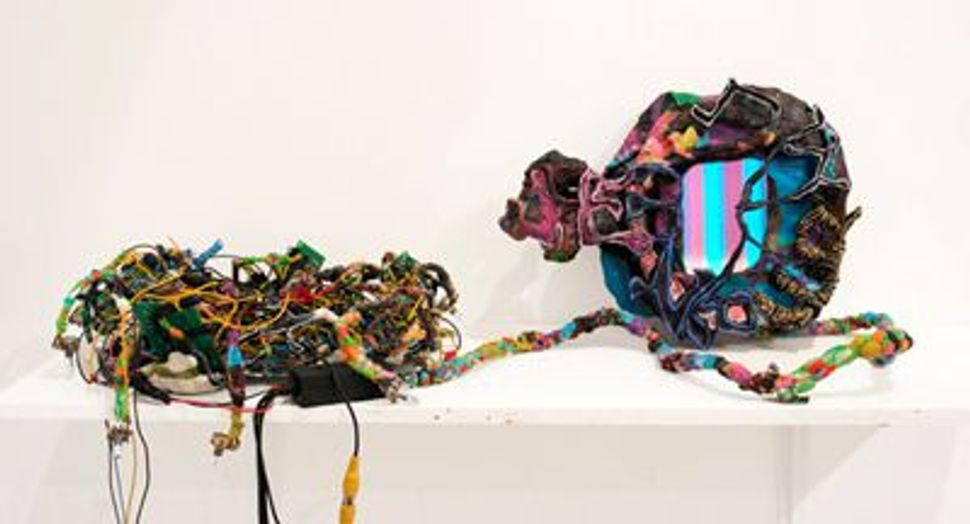 I’m no fashion designer, but I have been thinking a lot lately about haute couture and prêt-à-porter. That’s because I am a Jewish educator and two big Jewish events have come to town. The “Reinventing Ritual” exhibition has arrived at San Francisco’s Contemporary Jewish Museum from The Jewish Museum in New York, and Dawn 2010, — an event sponsored by Tablet and Reboot, and billed as “a late-night cultural arts festival celebrating the Jewish holiday of Shavuot” — will take place this Saturday night at the California Academy of Sciences in Golden Gate Park.

When I was a museum educator, I used to teach students and museum visitors about the concept of hiddur mitzvah (the beautification of a ritual mitzvah) by showing them antique and heirloom illuminated manuscripts, highly ornamented hanukkiyot, silver filigree etrog boxes and exquisitely embroidered Torah mantles. Elsewhere in the museum were examples of contemporary interpretations of ritual objects. While both these and the antique objects could be considered art, to my mind it was like comparing prêt-à-porter to haute couture.

As fancy as the old etrog boxes and hanukkiyot were, they were still clearly identifiable and accessible, and easy to use in fulfillment of their related religious obligations — the prêt-à-porter in this analogy. Many of the contemporary pieces, on the other hand, were fun to look at, but seemed to be anything but practical.

Fast forward a decade and it now seems that young Jews are all (figuratively) wearing haute couture. Unless a ritual is made artsy, flashy or highly conceptual, no one seems to want to wear it — or own it. The reigning conventional wisdom today is that Judaism needs to be made relevant to the lives of young Jews. But what about young Jews making an effort to make themselves relevant to the tradition?

I am in favor of innovation, but I worry that that younger generations are starting to confuse hype with hiddur. With fewer young Jews actually regularly involved in traditional Jewish ritual, many of them do not understand the essence of the mitzvot underpinning them.

Upon reviewing the program for Dawn 2010 and seeing the line up of presenters, performers and discussion leaders, I have no doubt that some serious Jewish learning and exploration will go on there. But will young Jews, many of whom had never before paid attention to (or even heard of) Shavuot, be interested in again celebrating the holiday unless it is headlined by the likes of Sandra Bernhard, Gary Shteyngart, Jeremiah Lockwood (the Forward’s artist in residence) and Daniel Handler (aka Lemony Snicket)?

I am actually excited to see what Jewish life will look like in the 21st century. My greatest concern is that it not become completely unmoored from the home, the place where you can kick back and wear whatever you like, where what’s on the inside that matters most. I don’t want to see it shift completely to communal gatherings and institutional venues, where the emphasis seems more on the external.

Call me old fashioned, but I have always been under the impression that haute couture just isn’t for real people. The question is whether it has now become — and will continue to be — the fashion for the average Jew.

Are We Confusing Hype With Hiddur?