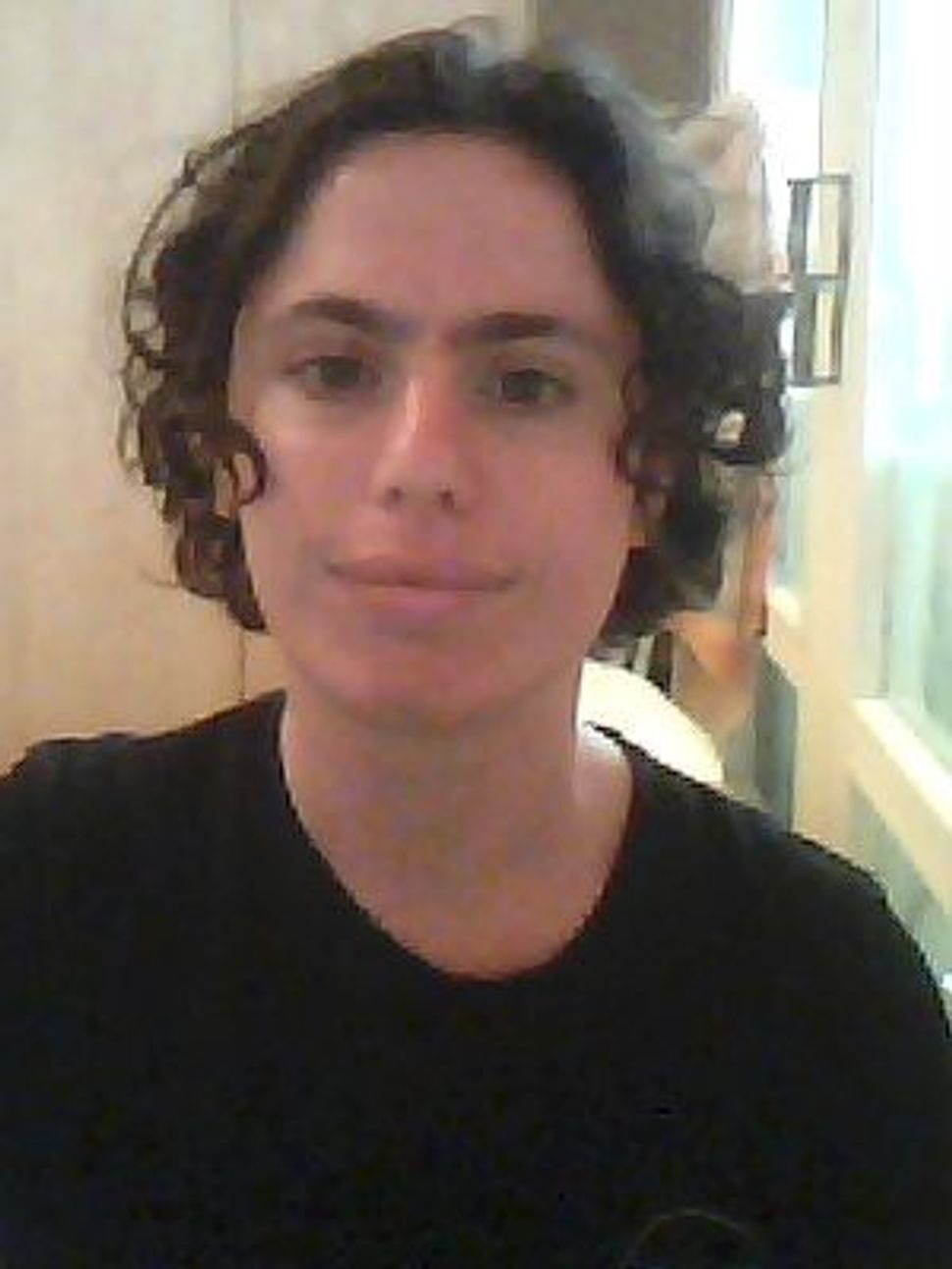 Noa Raz, who was assaulted for wearing tefillin.

Noa Raz wasn’t totally surprised when, on May 11, a Haredi man stared at the marks on her arm at Be’er Sheva’s central bus station. The 30-year-old Israeli woman prays each morning wearing a tallit and tefillin and the latter sometimes leaves imprints on her pale forearms.

As she waited to board a bus to Tel Aviv, the man, who appeared to be in his 40s, asked her several times with increasing hostility if the imprints were from tefillin. Each time, Raz told The Sisterhood, she ignored him. Then he stood in front of her and loudly demanded to know. She said, “yes, they are from tefillin, and what do you want?”

Then something happened for which Raz was totally unprepared: the man grabbed her hand and began kicking her legs, screaming that she was “an abomination.”

“I was in shock,” Raz said. The bus station was quiet, at 7:30 in the morning, and few other people were around. A handful of men looked on, and one woman yelled at the man to leave Raz alone. “It took me a few seconds to respond, but as soon as I did, it ended quickly,” Raz said.

She got on the bus to Tel Aviv, nursing the bruise her attacker left on her hand when he grabbed it, and looked out the window at the man, who soon turned around and left.

As soon as she got to Tel Aviv, she called three friends, two who are Orthodox and one who left Orthodoxy. They suggested she post about it on her blog, NoaRaz.net.

A friend called Yizhar Hess, head of Israel’s Masorti movement, to tell him about it.

“It’s a wakeup call for the State of Israel,” Hess said in a press release. “We’ve turned into prisoners in the hands of group of zealots, which considers itself, with the help of some politicians, to be the authentic Judaism.

“There’s no bigger lie than that. Judaism belongs to us all: seculars, Orthodox, Reform and Conservative – it belongs to whomever Jewish identity is important. This particular case of violence, even though performed by one man, is teaching us about the well of ignorance, the well of hatred. This is not a case of wild thorns, this is the entire flowerbed.”

At the urging of her friends, Hess and Anat Hoffman of Israel’s Religious Action Center, Raz went to the police in Tel Aviv and filed a complaint later on Tuesday.

IRAC said, in its own press release, that it has been working with the Be’er Sheva Police and “has insisted they treat Raz’s assault as the hate crime that it is. To this end, IRAC has demanded that the proper resources be allocated in the search for Raz’s attacker, that security camera tapes be reviewed, and that the Chief of Police for Israel’s Southern District be personally involved.”

When Raz went to the police station, they “were extremely nice when I filed the complaint. They asked me to try and recognize the man from some pictures so I will, this week, maybe after the chag” of Shavuout, Raz said.

Raz is friendly with Nofrat Frenkel, another Masorti Jew, who was arrested last November for carrying a Torah scroll and wearing a tallit at the Kotel. Since Frenkel’s arrest, Raz has joined the group she had been with at the time of her arrest, Women of the Wall, at the holy site on the first day of each new month.

Both women are lesbian, but Raz said she doesn’t think that her sexual orientation had anything to do with the man’s attack on her last week. “I am gay, but I don’t think that’s the issue. The man didn’t know that.”

Raz works as Research Development Director at the non-profit group Israel Gay Youth and identifies as “a religious Conservative Jew.” She was raised a Masorti Jew in the Israeli town Rishon LeTzion. She said that she’s hoping that Jews in the U.S. will feel moved to get more involved with Israel as a result of the Haredi man’s attack on her.

“There are a lot of voices in America that talk about leaving Israel behind. We still live here and fight for our right to pray as we want, and to love whoever we want to love,” Raz said. “That’s something we need your help with, so please don’t leave us alone. The best thing that the Jewish diaspora can do is to keep supporting Israel, the Conservative movement and the Reform movement, all the hard work we do to try to create a better society here.”