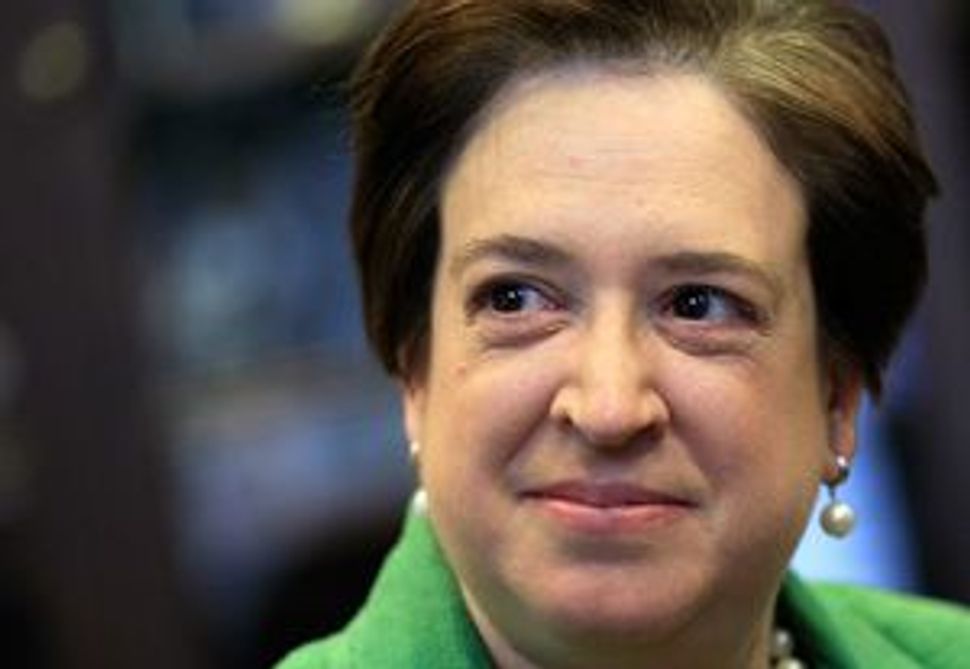 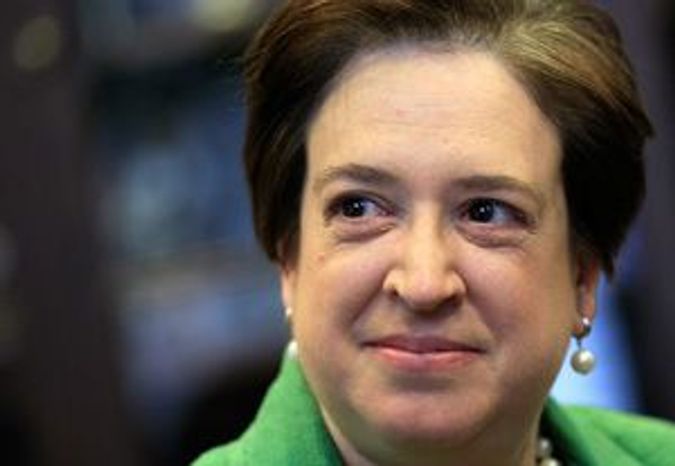 Indeed, a group called the Rabbinical Alliance of America is calling on the Senate Judiciary Committee not to confirm Kagan. Spokesman Rabbi Yehuda Levin said that “a great deal has been made about the fact that she would be the second Jewish woman on the court, and we want to signal to people across the country that we take no pride in this.”

He continued with the following pearls of wisdom. “We feel that Elena Kagan turns traditional Judaism on its head — from a concept of a nation of priests and holy people, she is turning it into, ‘Let’s homosexualize every segment of society. And by the way, partial-birth babies have no right to be delivered.’”

It is indeed horrific that even one rabbi, let alone an alliance of rabbis, would use the excuse of a Jewish nominee to hammer at their obsessive opposition to homosexuality and abortion. The group Levin represents claims to include “800+ members … congregational leaders, religious teachers, chaplains, heads of Jewish organizations and communal leaders.”

According to the Jewish Virtual Library, the Alliance does not recognize non-Orthodox streams of Judaism. So one would presume that no woman — except, maybe, if she was a married fire-breathing conservative Haredi attorney — would be “kosher” in their eyes. And in such a case, they would probably view such a woman accepting a public leadership role like Supreme Court Justice as immodest — and one that could interfere with the raising of her nine children.

Levin and his organization seems to specialize in deliberately paleolithic declarations designed to grab headlines (without such headlines, no one would have ever heard of the RAA) and curry favor with their allies on the nutty fringe of the Christian religious right. Their latest outrage happened in February with the claim that gay sex was responsible for natural disasters. like the Haiti earthquake.

“We have seen the underground earthquake, tsunami, Katrina, and now Haiti. All this is in sync with a two thousand year old teaching in the Talmud that the practice of homosexuality is a spiritual cause of earthquakes.” said Levin, a Flatbush rabbi. A year earlier, the organization declared a “religious ban” on voting for politicians who support same-sex marriage. In 2006, Levin parachuted into Israel to support violent suppression of a gay pride parade in Jerusalem.

As Levin’s string of repulsive tirades show no sign of abating, maybe it is time for the Jewish establishment organizations to change their policy of ignoring Levin and hoping he will go away, and instead, take some advice from an Orthodox blogger named Dovbear, who has some choice words for Levin: “All good Jews, of every denomination should denounce him.”