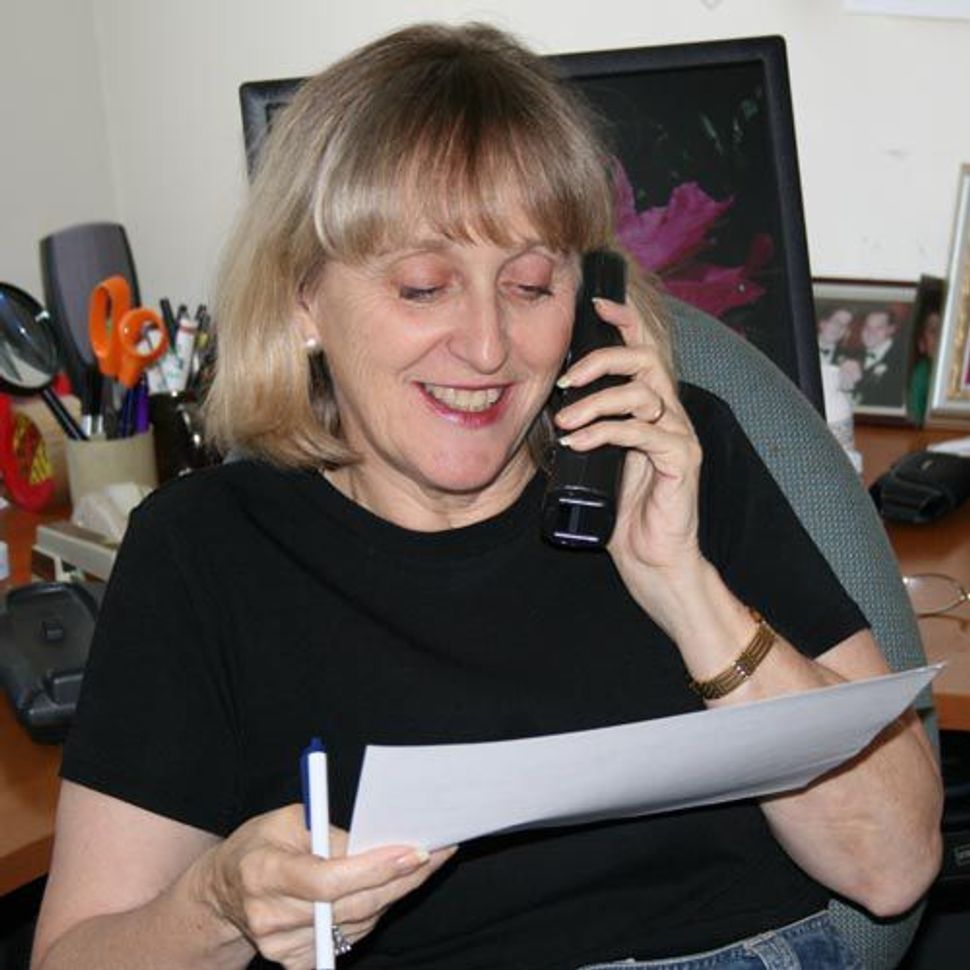 Zahkeim is undertaking a pioneering survey on agunot. (click to enlarge) Image by Barbara Zakheim

While the Jewish community has long wrung its collective hands over the plight of agunot — “chained” women, stuck in unwanted marriages because their husbands refuse to provide them with Jewish divorce papers — little is known about who and how numerous these women are. That is why Barbara Zakheim, founder of the Jewish Coalition Against Domestic Abuse of Greater Washington, decided to embark on what is believed to be the first comprehensive survey on the state of the agunah in North America. The Sisterhood recently interviewed Zakheim about the survey’s methodology, its goals and what the Jewish community can do to erradicate the problem of agunot.

What compelled you to spearhead this effort?

Two catalysts: 1). The cancellation of the proposed rabbinical conference on agunot that was to take place in Israel in 2007. 2). Attendance at several Jewish Women International (JWI) and Jewish Orthodox Feminist Alliance (JOFA) conferences, where the agunah situation was always discussed but no tangible progress seemed to be made.

What’s your sense of how widespread the problem is?

Discussions with the Organization for the Resolution of Agunot (ORA) that handles mostly New York-area cases suggested to me that we are dealing with at least a few hundred women. The survey will give us a better idea of how many.

In a broad sense who are these “chained” women?

That is what the survey is designed to find out! Most cases that I am aware of involve a woman who has had some kind of emotionally abusive marriage (where power and control issues are prevalent), who predated, didn’t think she needed or was unaware of pre-nuptial agreements, and who is embarrassed by or ashamed of [her] status within the community.

Tell me about the methodology of the survey — and to whom it’s being sent.

This is a survey that uses secondary sources — that is, we are going to Jewish domestic violence organizations and agunah organizations to collect data, rather than to the agunot themselves, since we don’t know how to find them.

What kinds of questions are on the survey?

A range of socioeconomic questions that focus on topics such as length of agunah status, number of children involved, financial situation, custody situation, support systems, etc.

When do you expect to have the results of this survey — and what will you do with those results?

It is not clear, but I am hoping that we can publish results by Passover 2011. Once the results are published and released to the Jewish media, the goal is to develop a fund that takes care of the financial, legal and emotional support needs of agunot in North America.

What are the goals of this survey?

One of the other goals is to finally give some definition to the problem and demonstrate to the Jewish community that this needs to be addressed with the same compassion as given to widows and orphans. Another goal is to move agunot out of the halachic “box” and into the lay community “box,” where they can receive support even if they cannot be provided a get [Jewish divorce document].

What can those concerned about the agunot do to help the women?

1). Reach out to agunot to let them know that you care. 2). Encourage them to seek the support of their local Jewish DV organization or agunah organization. 3). Let your rabbi know that this is a stain on traditional Judaism. 4). Ask your rabbi to make sure that anyone withholding a get in your community is deprived of kibbudim [communal honors], hospitality or any other courtesies provided by the community. 5). Attend rallies organized by agunah organizations or other groups.

For more information on Zakheim’s efforts, email her at [email protected].