Is It Easier To Be Plus-Sized in Israel or America? 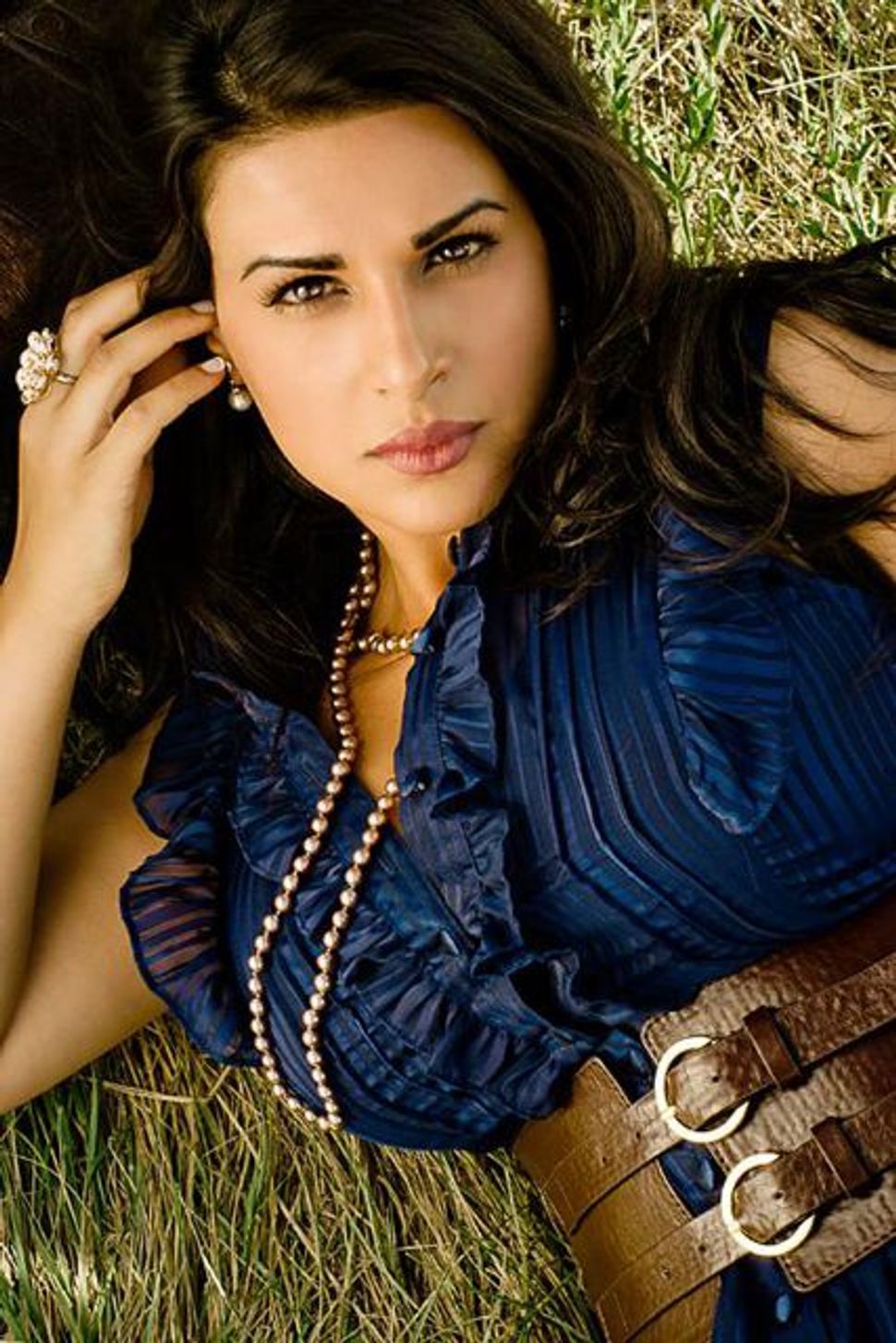 When Tali Giat was picked as the winner of the show “More to Love” by bachelor Luke Conley, she became the first Israeli to win any American reality show, and the first plus-size woman to win any of the bachelor shows.

Late last fall, Giat and Conley broke up. Since then she has focused on building a career as a “Healthy Body Image and Self-Esteem Ambassador.” “Today I’m working to empower women, kids and teenagers to re-define beauty. What you see on TV and in magazines is not what is,” she told The Sisterhood. “It’s the industry that makes them look the way they look.”

Giat, who is 5’4” and ranges between sizes 10 and 14, was born and raised in Kfar Saba, Israel, the oldest of six children in a Yemenite family.

She moved to the States in 2005, after serving in the Israeli Navy and then studying architecture. “I decided to re-evaluate and needed time to breathe,” she said. “I served in the Gaza strip for a year the year the whole mess started. The family having the first child go to the military was very emotional.”

She arrived in America with less than $50 in her pocket, she said, and started attending art school in the Denver area, living there with an aunt and uncle, but had to drop out because she couldn’t afford the tuition.

Then, encouraged by an agent, she began modeling.

She told The Sisterhood:

I had never thought of it. I haven’t had an easy childhood as far as self-esteem and body image. I was always the girl who got picked on at school. I was always chubby, and was bullied a lot. I was always insecure. My parents always told me I was beautiful but it didn’t really help. I was the girl always wearing the three sizes too big tee shirts just to cover up, like a tent. I had to find my own way to stand up for myself.

Why did she decide to audition for “More to Love?” She explains:

The premise was interesting and fit what I want to do, which is to change the definition of beauty in Hollywood. I thought it would be an opportunity to be part of something that has a great message behind it. I was single at the time and didn’t have good luck in the dating scene and thought “you never know.”

As a relatively short plus-size model it’s not easy to find work, she said:

It’s great that the industry is opening up to diversity, but they’re still very strict about the height and won’t assign anyone to a modeling agency that’s less than 5’9. They’re trying to change, but they’re not. So I’m trying to be the exception.

When I was first scouted by a modeling agent in New York, the agent said, ‘I know you’re short but you might be the exception to the industry.’ That keeps me going. We had petite plus size models 20 years ago, I’m sure we can bring it back.

Is it easier to be plus-sized in Israel or in the U.S.? She told The Sisterhood:

In terms of acceptance of full figured women in America, Israel is not even close to being there. There is very minimal awareness of full figure, even though Israel was among the first countries to pass a law requiring models to have a minimum Body Mass Index.

Still, it’s a country with maybe two big retailers selling for size 14-16. Living in Israel, I could never find clothes. Coming here, where I could find nice fashionable clothes, I felt like the messiah came.

Is It Easier To Be Plus-Sized in Israel or America?