The High Holy Days With ‘Debbie and Danny’ 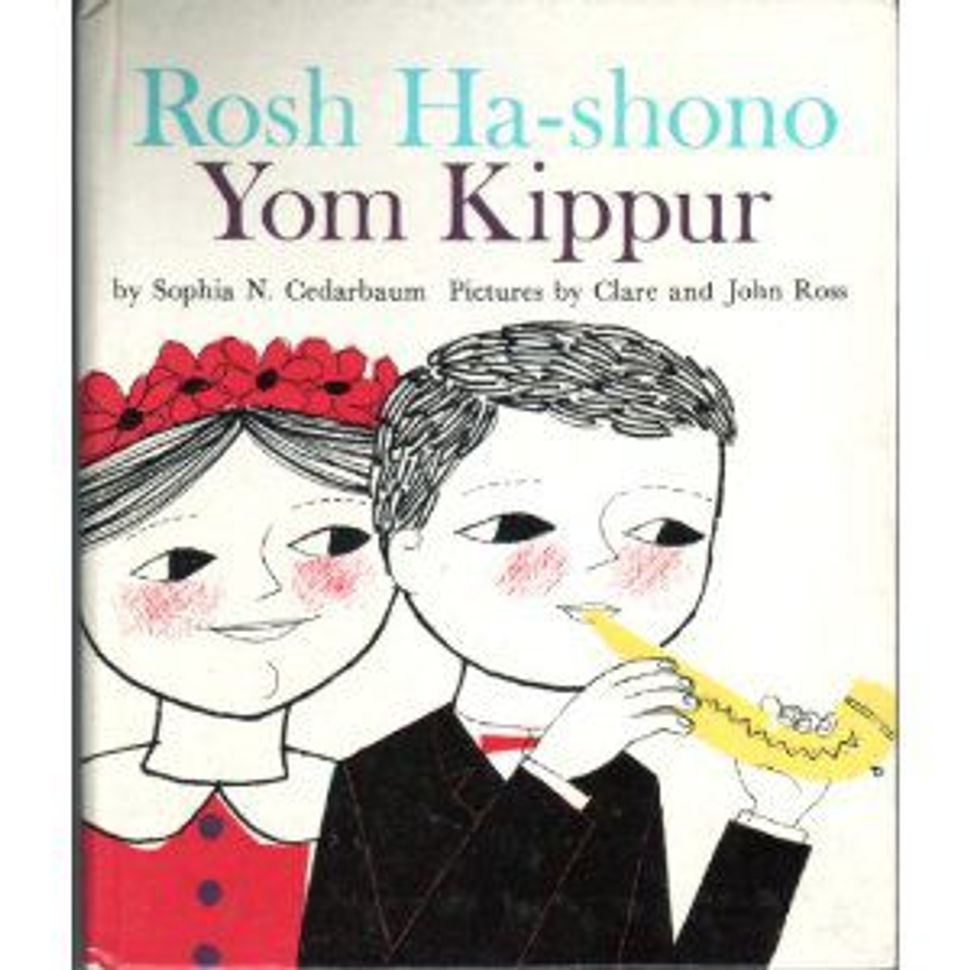 The cover of the 1961 book ?Rosh Ha-shono Yom Kippur? Image by Amazon.com

I missed Debbie and Danny. They were my childhood friends with whom I used to celebrate the Jewish holidays. I lost touch years ago with Debbie and her brother Danny. So, I was thrilled to recently find them again and reconnect with them … on the pages of a series of children’ books published by the Union of American Hebrew Congregations — now the Union for Reform Judaism — in the 1960s and early 1970s.

Back in the days when publishers could get away with giving children’s books simple and straightforward titles like, “Rosh Ha-shono Yom Kippur” or “Passover: The Festival of Freedom,” Debbie and Danny guided youngsters through the basics of holiday observance. Way back when, there was no need for main characters to be anthropomorphized insects and animals or for picture books to be written in clever limericks.

All we kids needed was the boy and girl next door to tell it like it is in clear, early elementary school-level prose, with passages like:

“Rosh Hashanah is the beginning of the Jewish year. It is a time to thank God for the good things of the past year. It is a time to pray for happiness for the coming year. Debbie and Danny dress in their best clothes for the Rosh Hashanah children’s service.” And “’Tomorrow is Yom Kippur,’” says Mother. ‘Yom Kippur is the time we say we are sorry for the mean things we have done. We ask our friends to forgive us. And we forgive them.’”

These books were written for young grade-school children at a time when they had an attention span that could handle a whopping 80-100 un-rhymed words on a page.

While organizing my youngest son’s bookshelves, I happened across one of the Debbie and Danny books. I have no recollection of how this book entered our house. I’d like to think it was mine from when I was a little girl, but I can’t be sure.

I’d like to believe that I saved this book and took it with me everywhere I moved, because for me, Debbie and Danny did not just teach me about the holidays, they were the holidays. Growing up in a family that did not go to shul and was unobservant of most Jewish holiday rituals until I was a teenager, it was Debbie and Danny who connected me to how North American Jews celebrated.

My Jewish life and identity centered on the Israeli-style educational experience I had at the Labor Zionist day school I attended in Toronto. I learned to sing lots of holiday-themed Hebrew songs and how to fit right it should I ever happen to stop by a kibbutz for chag. I needed the two-dimensional Debbie and Danny to fill me in on how things were done in chutz l’aretz.

Some initial inquiries I have recently made about the books and their publishing history have not yielded much. I have gleaned that their author, Sophia N. Cedarbaum wrote a variety of Jewish educational materials in that era, and that the series’ illustrators, Clare and John Ross were respected mid-20th century printmakers. Indeed, it is the distinctive modernist illustrations, tying together all eight books in the series, that outshine the text, and are what I remember best from my childhood encounters with Debbie and Danny.

I have been given a few more leads to follow to find out more about Debbie and Danny. The educator and writer — the adult — in me in interested in delving deeper and seeing what further research will reveal. The child that I was, and sometimes revisit, doesn’t want to disturb my memories of the past — of a time when things were simple and a couple of friends could tell you everything you needed to know.

The High Holy Days With ‘Debbie and Danny’