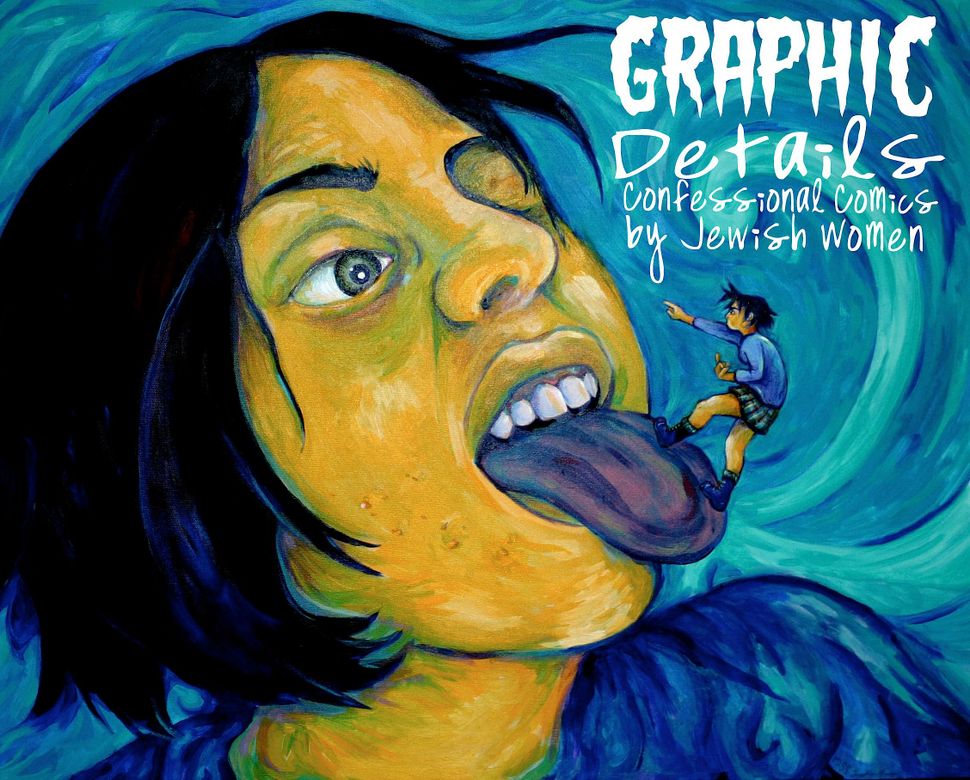 About two years ago, as I was walking through the Museum of Cartoon and Comic Art’s annual expo at the Puck Building, I noticed a lot of tables where young women artists with Jewish last names were presenting their work. Most of the cartoons were confessional, raw and pretty revealing. They were also beautifully rendered, sharply written, and completely engaging.

A few days after interviewing seven or eight of the cartoonists for a story on Jewish women cartoonists for Jewish Living magazine, the publication folded. Luckily, the Forward’s arts and culture editor accepted the pitch. After the article ran I received an email from a doctoral candidate named Sarah Lightman, who is researching autobiography in comics at the University of Glasgow. Had I considered turning the story — “Graphic Confessions of Jewish Women” — into an exhibit of some kind?

I hadn’t, but I loved the idea. Since I collect original cartoons and comic art, mostly by alternative artists and editorial cartoonists, I already had the stuff on my own walls. But the chance to share the work with an audience got me excited. Despite its growing mainstream cred — “American Splendor,” the Crumb documentary, etc. — comics remain a most underappreciated art form. People I knew who claim an affinity for “edgy” literature or visual art tended to dismiss comics, or worse, to consign them to “kid-lit” shelves. In fact, comics often speak more truth in one panel than most books do in hundreds of pages. And the ability to weave multiple threads and levels of storytelling — visual and verbal — seems to me like a pretty spectacular achievement for an artist.

All of those qualities shine through in the work we selected for Graphic Details, which includes pieces by Vanessa Davis, Aline Kominsky-Crumb, Miss Lasko-Gross, Laurie Sandell and Ariel Schrag, among others. After its stay in San Francisco It’ll travel to Toronto after that, where the Koffler Centre of the Arts will present Graphic Details at the Gladstone Hotel galleries on February 17.

There are straight lines you can draw between the artists in the show — similar subjects, congruent styles, shared boldness and insolence — but each of them brings a point of view and execution of it that merits multiple viewings and spirited discussion.

It’ll sound like a cliché to say I love all the work in the show equally, but it’s the truth. I’d been following some of these artists for a couple of decades, and even bought their work long before I started my writing career. All of them are fearless about revealing their weaknesses and personal failings. All of them recognize that sacred cows are useless, and that everything’s fair game for a laugh. Every one of them seems to realize the ownership and power that comes from being able to share parts of yourself without hypocrisy, dissembling or airs. And all of them know that the most powerful way to confront pain is to laugh in its face.