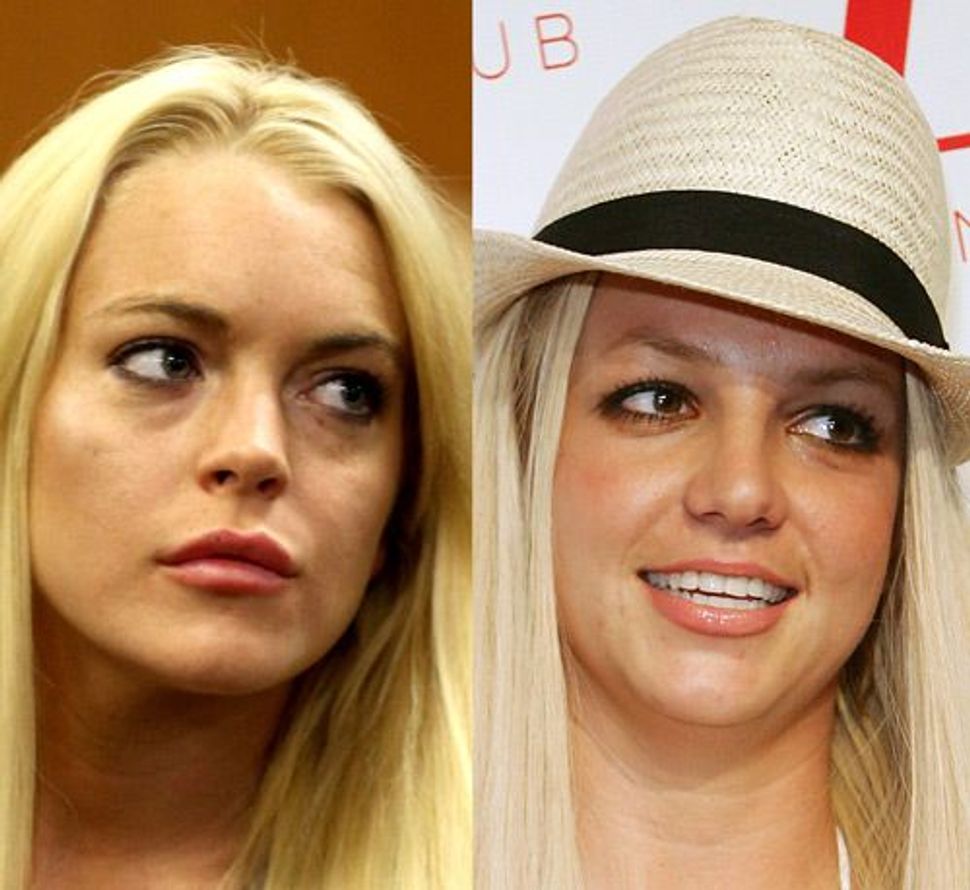 For the past two weeks, during the Days of Awe, I have gone completely without celebrity gossip — no TMZ, no US Weekly, nothing. I know, it sounds like a sacrifice Cher from the movie “Clueless” would make, a tiny act of self-denial in an otherwise frivolous life. But the abstention actually proved quite revelatory, allowing me to see just how deep I had sunk into the ocean of useless information.

My habit evolved slowly. First I just read the cover of tabloid magazines if I happened to be waiting in line at a drugstore or airport bookstore. Then I started flipping through them. After that, I started checking the celebrity gossip websites once or twice a week as a reward for a busy day or strenuous effort. Once or twice a week somehow turned into to daily habit, which then turned into a few times a day, which was the case for the previous year — until a couple of weeks ago.

Following celebrity gossip had become a rote part to spending my day online, just something I did while on a boring conference call or to take a break between emails and projects. These visits became a much-anticipated and heavily relied-on rush of serotonin and silliness between the real stuff.

And I am certainly not alone. The market for celebrity gossip has grown exponentially over the past decades — with a growing number of glossy magazines gracing newsstands and gossip websites increasing their coverage to up-to-the-minute news bits and slideshows. Some gossip-mongers have even become minor celebrities. I am sure I am not the only one who has been dragged in, somewhat unknowingly, into the trials of Jen, Angelina and Britney.

Though, as it turned out, 10 days without these ladies, did me good. For one, when you take a break from the micro-narrative you can see how empty the macro-narrative really is. It turns out I don’t actually care who is skinny, who is fat, who might be cheating, and whose child is the best-dressed. There was also a relief from whatever chemical-like dependence I had developed; by the end of the week I no longer needed the rush.

And then, being the Days of Awe and everything, there was some Jewish significance to the whole thing. Indeed, Jewish law prohibits the telling of gossip. Lashon hara, which translates to “evil tongue,” tells us not to spread true information if the intention is not to correct or improve the situation. (There is another law, motzi shem ra, that prohibits us from spreading untrue remarks.)

I wanted to try to inject all my interactions that week, with people I spoke with and the words I read, with some higher intent, and, clearly, celebrity gossip didn’t fit into that. I understand that not all of life can be, or should be, as noble-minded as the Days of Awe.But there is a true lack of disregard for individual’s humanity in celebrity gossip, the effects of which have been well-documented by the publications themselves through the breakdowns of stars like Britney Spears and Lindsay Lohan.

I can remember a time when the appetite for celebrity gossip was insignificant. In high school we knew little to nothing about the real life travails of the “Beverly Hills, 90210” cast, and in college we didn’t give a hoot about what the “Sex and the City” ladies did in real life. The entertainment was what happened on camera, not off. I can’t believe I am old enough to be nostalgic, but those were, in a way, better times.