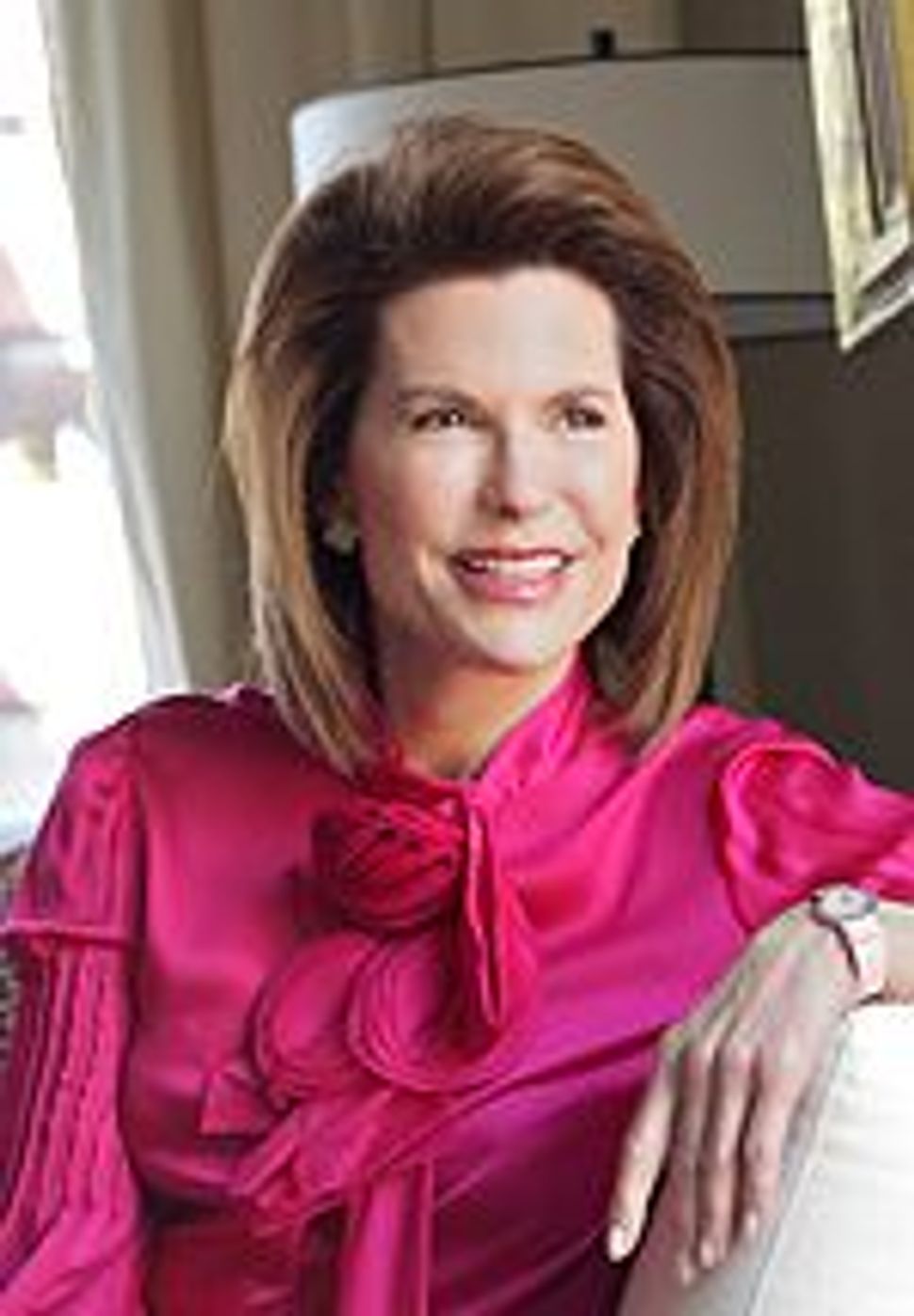 Nancy Goodman Brinker founded the organization in 1982, two years after her sister Susan died of breast cancer at age 36. Now Brinker has written a memoir, “Promise Me: How a Sister’s Love Launched the Global Movement to End Breast Cancer.”

Brinker, a former U.S. Ambassador to Hungary and a recipient of the Presidential Medal of Freedom, spoke recently with The Sisterhood about Susan G. Komen’s evolution, and the work left to be done to make breast cancer death a thing of the past.

Debra Nussbaum Cohen: Today pink is ubiquitous in October, from supermarket shelves to accessories. Is this what you hoped for, when the first pink ribbons were handed out? Or do you think that perhaps it’s meaning has been diluted in some way by its very ubiquity?

Nancy Brinker: The first Race for the Cure was in Dallas in 1983. What I had in mind was that we had to have a grassroots-style organization. There was such a wall of fear around everyone. My sister loved pink. I realized it was a color women would accept wrapped around messages that maybe were scary. I knew it was kind of a feminine color and I thought that we could break through, because we sure weren’t being successful up until then.

Look, it’s become the symbol of fighting this disease and that’s a good thing. There’s not enough pink as long as someone dies of this disease every 69 seconds somewhere in the world. The other issue is that people saying that there are all these products. It all makes a difference, all of the funding that comes from it. Look how much work we have to do, c’mon. It doesn’t bother me at all.

The only thing that bothers me is people who give money to research without thinking about the whole picture. We fund everything from research to end-of-life issues. When I was growing up the issue was polio. As children Suzy and I saw our country martial against a disease that saturated every community. It was a simpler disease to fight than cancer, but it’s the same idea. Barriers have to be overcome and information, medicines and treatments have to be delivered. If we’re going to really make an impact, we’re going to have to fund what’s causing breast cancer and prevent it. In the meantime we have to keep women from dying from this.

How is it different today for a woman to have breast cancer than it was when your sister was diagnosed and treated?

We’re much more capable of reading the tumor type, we know what type of tumor a woman has and have some strategies that are extremely effective. SGK has funded almost every single advance in the science of breast cancer early in its development.

I’m not going to rest comfortably until I know that people diagnosed with this can live manageably, like people do with diabetes. The long-term goal is to learn how to stop breast cancer in its tracks before it’s apparent. We may not be able to eradicate breast cancer, but we’re going to eradicate death from it.

What is Susan G. Komen for the Cure’s greatest accomplishment?

What’s next on the horizon for SGK and the breast cancer community? What isn’t being done that should be done?

We’ve almost eradicated death from early breast cancer. The 5-year survival rate in 1978 was 74 percent. Today it’s almost 98 percent in industrialized countries. That’s what we have to do around the rest of the world. We have to make that happen everywhere.

The next thing to do is to learn how to keep people who develop advanced disease from dying from it, with the long term goal of detecting it so early that it never presents as a deadly disease.

The economy has been difficult, but we’ve been very flat [in our fundraising] so that’s good. We’re managing to fund all of our goals. We raise between $370-400 million a year and have given over $150 billion.

Is there something about the breast cancer awareness movement that you’re unhappy about?

I’m puzzled by organizations that pay people to push SGK on the fundraising we do, and there are cancer organizations that fashion their ideas on what we do instead of being collaborative. It wastes a lot of money because there’s duplicative funding going on. People being territorial and ugly to each other is stupid. This isn’t a business, it’s a cause and a mission.

The other thing that bothers me is regulatory agencies because I’d like to see it speeded up, and promising treatments get to people faster.

I’m very satisfied with where we are, though we have to be a lot further on the global agenda. Breast cancer is a larger killer than AIDS, TB and malaria added up. We’re so far behind in many countries.

How has being Jewish informed your work, if at all?