At Yeshiva, Shielded From ‘I Am Woman’ 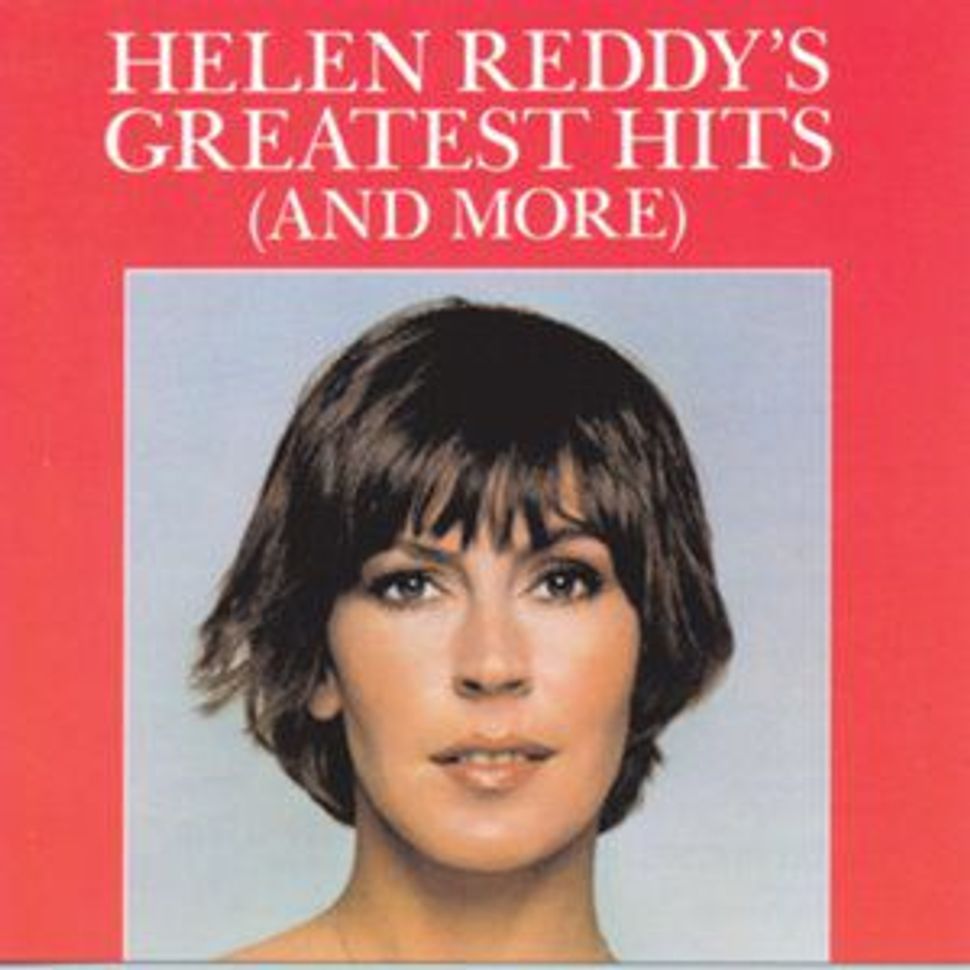 I have a terribly embarrassing confession to make. This week I discovered Helen Reddy, and heard for the first time “I Am Woman.” Really, I had never heard of her until a friend sent me a link to her 1975 rendition of this amazing song. Truly, never heard her name. I can’t believe it myself. Of course, I have been listening to it ever since, and whether I’m driving or washing dishes or sitting at my desk, I’ve been singing, “I am strong (strong)! I am invincible (invincible)! I am womaaaan!” to the increasing annoyance of those around me. But right now, I don’t care. I am invincible!

I mean, the embarrassment of singing out loud is nothing compared to the embarrassment of not even knowing my own history. I’ve been working and writing about women’s empowerment for 15 years, and I’ve never heard or heard of this song. It’s like the entire women’s movement passed me by when I was a kid.

The truth is, I really am quite astounded by this revelation, and more embarrassed for those who educated me than for myself. I was not in control of my own cultural exposures during the 1970s. In fact, throughout that decade, when “I Am Woman” was spreading around the world as the anthem of a revolution, I was in yeshiva elementary day school. But I might as well have been on another planet.

I don’t know how an entire community could witness such amazing changes in the world — women waking up to their own power and spirit — and pretend it isn’t happening. Even worse, I think, is that in many of the settings I was in during those impressionable years, feminists were not just foreign, but actual adversaries. Women who are into their “careers” were seen as destroying the fabric of American society and Jewish tradition, threatening families, and scarring children for life. Feminism wasn’t only anathema to Orthodoxy, it was an enemy. One particular Shabbat lunch conversation stands out in my mind – and this was the late 1980s, when I was already in college — at which a young (Orthodox) lawyer at the table justified his firm’s official position of not hiring women lawyers. “Women are too emotional to be effective lawyers,” he said, and everyone around the table — women included — agreed. When I challenged this notion, I became the crazy one, and eventually left the meal in tears.

I particularly wonder about the other women at the table. I think about the amount of energy it takes to put up such a huge block to the outside world, and the type of energy it takes to block your own empowerment and your own emotional experiences. I wonder about the women who internalized these messages, women who stood by their men — those very men who articulately and powerfully rallied against feminism — and agreed that women should be homemakers and not paid workers, that feminism is evil, that feminists are wreaking havoc on the world.

I cannot imagine watching Helen Reddy sing “I Am Woman” and not be so moved by her incredible strength, inspired to change your life. I cannot help but think that the women who remained staunchly unmoved effectively decided to let a piece of their souls die. And I can only imagine what the long-term effects of that decision would be today.

Meanwhile, I am the newest Helen Reddy fan, which suggests that the message of her song is still relevant. I later watched the “Sex and the City 2” version of the song on You Tube (I did NOT see the movie) and was horrified by the distortion of the message into superficial female hyper-sexuality. Sigh….

But I also watched Rosie O’Donnell interview Redy, and they talked about the impact of this song on women. Reddy said that women come up to her all the time and say that the song made them change their lives, and leave abusive relationships and things like that. “It makes my day,” she said. And then they sang, “I Am Woman” together, and Rosie exclaimed, “I love you Helen Reddy!”

At Yeshiva, Shielded From ‘I Am Woman’