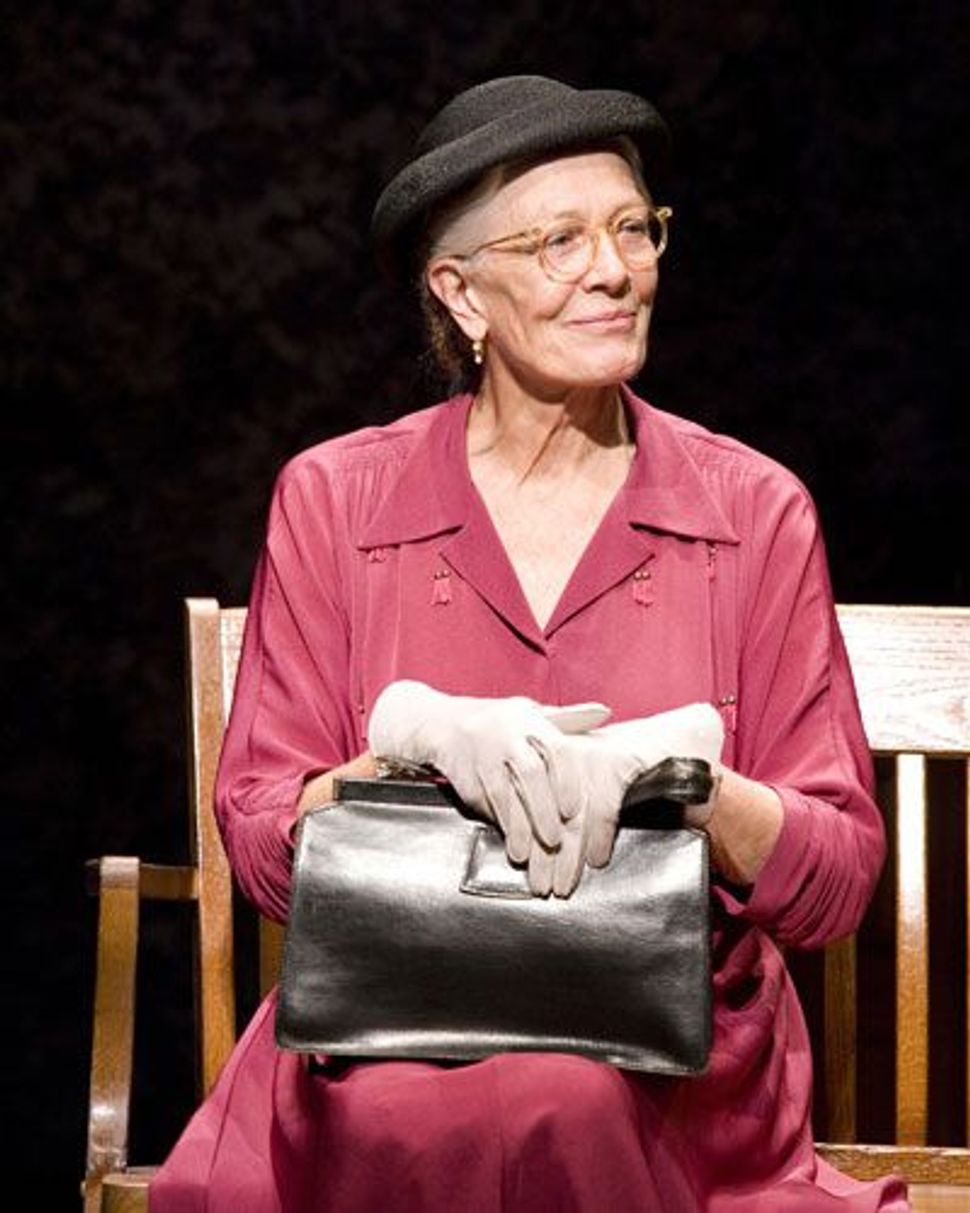 It’s a simple story with simple staging, which makes it possible to fully appreciate the magnificent gifts that the stars, Vanessa Redgrave and James Earl Jones, bring to the stage. Their gentle banter and the nuance and restraint they bring to their roles allow us to ponder anew the terrible thoughts that underlie what they say.

They are, in fact, navigating some of the most explosive thoughts — about race hatred and anti-Semitism — in the annals of human prejudice. But because the dialogue is delivered with a side of humor and a few helpings of hope, we come away feeling good, feeling that some progress has been made.

There’s lots that’s recognizably Jewish in the play. A tombstone with the Star of David, a can of salmon in the pantry, and the push and pull that many Jews feel about Christmas. It’s the Georgia Power Co. that will receive a big gift from all the Christmas lights on display, says Miss Daisy with disdain. And right after declaring that Jews have no business giving gifts at Christmas, she hands her chauffeur one, a book on handwriting.

The chauffeur, Hoke Coleburn, seeks the job of driving Miss Daisy because, he says, he was treated well by a previous employer, a Jewish judge. He remembers it was the non-Jews who tried to sell him some frayed clothing. “And they calls Jews cheap,” he says, shaking his head.

Ms. Redgrave, as Miss Daisy — a role made famous by Jessica Tandy, in the 1989 movie version of the story — sits in the rear seat, but never takes a back seat to her driver. And her driver, Mr. Jones, often gives as good as he gets, under terms of a black man in the South in 1948, of course. If mahogany could speak, it would sound like James Earl Jones. But in this play, because of the character he plays, that basso profundo is achingly absent.

Yet he doesn’t tone down the truth. He’s the first to tell Miss Daisy there’s been a bombing of the temple in town. At first, she doesn’t believe him. “Who would do that?” she asks. Then, she distances herself even further from being a target. “I’m sure they wanted to bomb the Conservative” synagogue instead, she says.

It’s the same blanket prejudice that he’s seen against those of his race. He says it reminds him of the time he saw a man he knew, the father of a friend, who was lynched from a tree and had “flies on his face.” The image still haunts him.

It is no wonder then, that when images of the Civil Rights marches from the 1960s and Martin Luther King Jr. are shown on a screen, the accompanying strains of “We Shall Overcome” reverberate in our hearts like a triumphant hymn.

The night I attended, the audience rose as one to applaud. For Redgrave and for Jones, for sure, and perhaps a little bit for us, and the road we’ve traveled away from prejudice.

“Driving Miss Daisy” is scheduled to run until January 30.