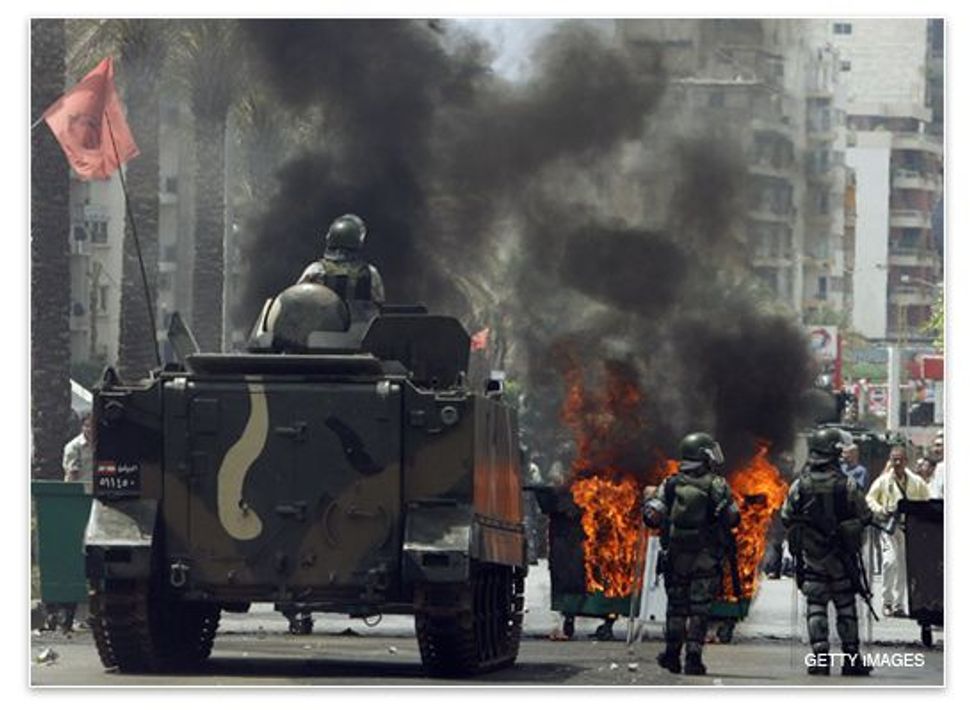 Things are getting ugly in Lebanon. The months-long standoff between Lebanon’s pro-Western government and Hezbollah and its allies has escalated into violence. The trigger? Cell phones.

The country has been politically paralyzed for 16 months, unable to elect a new president because of a deadlock between government and opposition forces in which neither side has the strength to prevail over the other. Then came the telephone crisis: Last weekend, Walid Jumblatt, leader of Lebanon’s Druze minority and an arch enemy of Hizballah, accused the militant Shi’ite party of maintaining its own private telephone network, and of using security cameras to monitor Beirut airport with the possible aim of staging attacks or kidnappings. On Tuesday, the government followed up with an edict declaring Hizballah’s telephone network “illegal and unconstitutional”. It also launched an investigation into the alleged monitoring of the airport, and dismissed airport security chief General Wafiq Shuqeir, on suspicion of opposition sympathies.

Hizballah was having none of it, angrily declaring that the telephone network is part of its military wing — which it justifies as necessary to defend Lebanon against Israel — and warning anyone seeking to dismantle it would be treated as an “Israeli spy”. Within days, the two sides were shooting at one another.