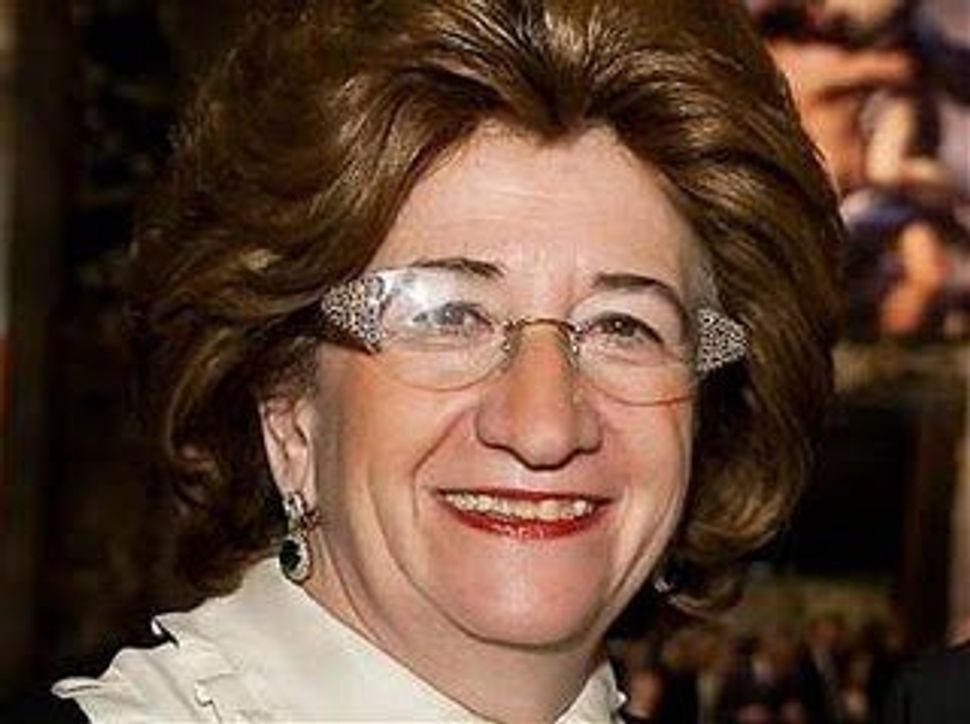 Sonja Kohn has been in hiding for about two years.

In photos, accused Bernard Madoff co-conspirator Sonja Kohn looks something between the prototypical bubbe and the Queen of England, though she may be richer than the queen.

Ms. Kohn, the Austrian-born, fervently Orthodox founder of Bank Medici, reportedly steered more than $9 billion from investors into Madoff’s hands for at least $62 million in kickbacks. She and her bank were named last week by Irving Picard, the Madoff estate’s trustee, in a civil racketeering lawsuit as part of his effort to recover $19.6 billion for Madoff’s victims.

According to a New York Times story about the lawsuit:

Beginning in 1985, Ms. Kohn became one of Mr. Madoff’s most effective ambassadors to the world of private European wealth and offshore hedge funds. Through Bank Medici and other entities, she advised or promoted some of the largest so-called Madoff feeder funds, including the Herald Fund and the Primeo Funds.

When Mr. Madoff was arrested in December 2008, she portrayed herself and her investors as victims of Mr. Madoff’s enormous swindle.

Since shortly after Madoff was arrested, two years ago, she has been in hiding from some of her many enemies, including Russian oligarchs whose money she sent Madoff’s way.

Some say that she’s likely hiding out in Bnei Brak, Israel, where she might find safe haven — though surely not the luxuries to which she is accustomed — among the Haredi Jews who populate the town, and remain beyond the reach of legal authorities, and those who may want to bring her to a rougher kind of justice.