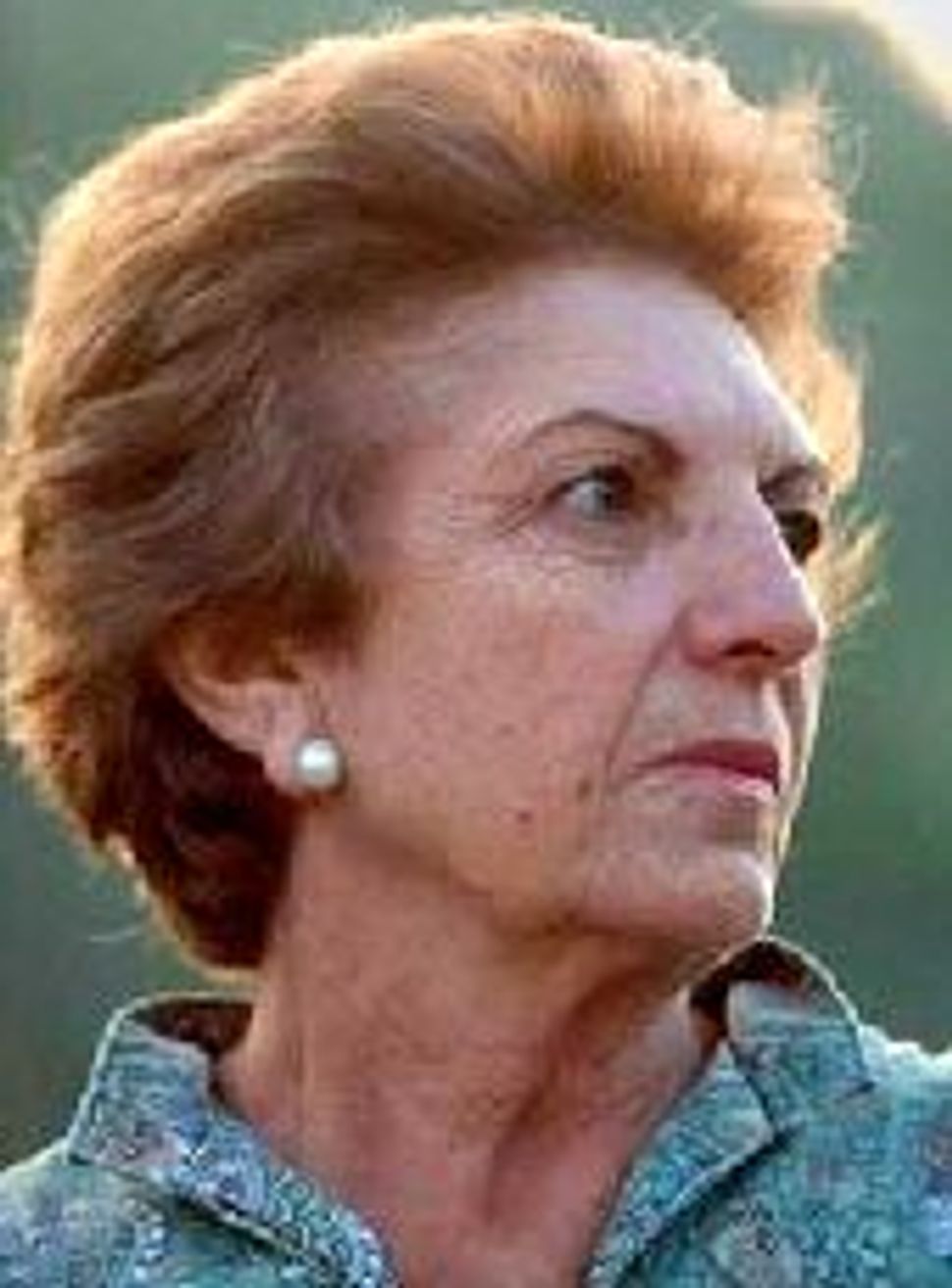 Sonia Peres, wife of Israeli President Shimon Peres, died January 20 as she had lived — quietly and privately, as far as she could get from the spotlight enjoyed by her gregarious, political husband. She was 87.

She died in her modest apartment in suburban Ramat Aviv, far from the grandeur of the presidential residence. The Peres marriage, particularly in its later years, always seemed to be a terribly sad story. The relationship was not scandal-ridden, but it seemed that two very good and well-meaning people were terribly mismatched: Sonia clearly hated public attention as intensely as Shimon craved it.

For most of Shimon Peres’s political career, there seemed to be a quiet truce: He didn’t impose a public life on his wife, and she didn’t demand his presence beside her at home. There were those who sympathized with what appeared to be her shyness, and believed that her desire not to be part of her husband’s public political life was a sign of dignity and a desire to lead a simple, quiet life, and that it was a position that deserved respect.

Critics felt that Sonia Peres’s lack of support for her husband’s public service career seemed selfish, and many Israelis pitied Shimon Peres, who had to show up solo at important ceremonial events. His political allies felt that his wife’s refusal to cooperate with the media and appear with him publicly hurt his career and reinforced his image as cold.

Biographer Michael Bar-Zohar wrote that Sonia’s nonparticipation played a role in Shimon’s political defeat in 1981 and that, had she been so inclined, Sonia’s “charming personality would have undoubtedly added another dimension to her husband, and instead of the slightly sad, lonely man, many would have seen a loving and warm couple.”

As one of the pioneering generation of Israeli women, Sonia Peres doesn’t appear to have shied away from challenge and danger in her youth, as this profile describes.

In May 1942, Sonia Gelman, 18, enlisted in the British army. Nazi general Rommel’s forces were advancing toward Tel Aviv, and although her friends joined the Palmach, young Sonia believed that the Germans were a more immediate threat. She said, “I realized that this was the Jewish people’s war and that I had to do my part. I always dreamt of being a nurse in a hospital, and I requested to serve in this function.”

About 100 nurses from the Land of Israel then served at the hospital in Halmia, near Cairo…. In the end, Peres was forced to leave the hospital and was sent to a camp, where she learned to drive trucks, ambulances, command cars and even tanks.

After the war, Shimon Peres and Sonia Gelman married and became founding members of Kibbutz Alumot, where she gave birth to their three children. This is not exactly the biography of a shrinking violet — the Israeli public’s image of her because of her absence from her husband’s side. Some feminist commentators defended her right to decide not to participate in her husband’s political career as a sign of strength and independence. When she was criticized for not showing up for his swearing-in as president in 2007, one wrote:

Over many decades, Sonia Peres chose, and continues to choose, to be a private person. All the attempts of the media and the public pressure have not gotten her to change her approach. She does not have to apologize for her independent position. On the contrary, she can serve as a model for many women who do not want to be the type of “wife-of” a public figure — women who do not want their daily routine or what they have to say to be dictated by the job of their spouse. They have their own lives and they want to live them to the full.

But Sonia Peres’s absence from her husband’s presidential swearing-in turned out to be only the beginning of a separation that seemed to evolve into a de facto divorce. Press reports said that his refusal to retire with her at a time when her health was failing, and his agreement to take the presidency when it was offered to him, was the breaking point in her patience. She didn’t merely choose to remain in Ramat Aviv — she cut her husband out of her life completely. He was no longer invited to family Sabbath dinners, and the media reported on his solitary weekends in the president’s mansion, alone with his staff and his books.

He clearly didn’t like to discuss his strained marriage with the media, but he did on occasion, acknowledging the impasse the couple had reached:

When you’re 16 you’re different from an 87-year-old person. Why should we hide it? We lived together for 70 years…. I have a lot of respect for her and for her desires. But just like she can set her agenda, I can set my own agenda. It reached a situation in which it no longer felt right.

Whatever love Peres had for his wife was not enough to curtail his ambition and his desire to remain on the political playing field. And she apparently could not forgive him for that. It was only after her passing that he was finally allowed to get close to her, as the Israeli press reported.

Upon word of his wife’s death, the president left his Jerusalem residence and headed toward their joint home in northern Tel Aviv. He entered her room alone and kissed her goodbye.